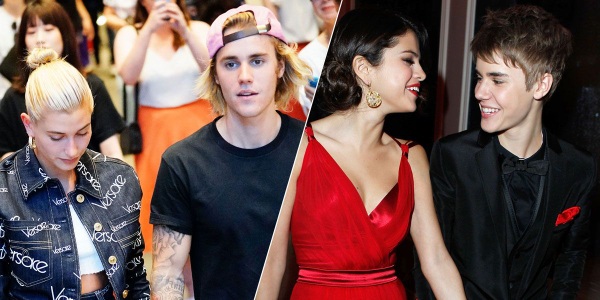 That’s the reality Hailey Bieber confronts as Justin Bieber’s wife, and the model is now speaking out about claims that she stole her husband from his ex, fellow pop star Selena Gomez.

Hailey stated in a Monday (Sept. 26) preview video for a forthcoming edition of Alex Cooper’s podcast Call Her Daddy that she believes there is more to the story than many people believe.

“This is so crazy. I’ve literally never talked about this ever,” she told Cooper, who then asked if there had ever been overlap between her relationship with Justin and his relationship with the “Same Old Love” singer.

“A lot of the hate and perpetuation comes from like, ‘Oh you stole him,’” Hailey responded. “It’s about people knowing the truth, because there’s a truth.”

Hailey and Justin had been friends since around 2011 and began dating in early 2016 – at least, that’s when the “Peaches” singer uploaded an Instagram snap of them kissing. Justin revealed their relationship in a GQ interview a month later. However, Hailey explained that they were not an exclusive pair at the time because the singer was set to embark on a tour.

When you consider Justin’s well-publicized connection with Selena, things become more tricky. The two young stars, called “Jelena,” had been dating on and off for eight years, beginning in 2010: the “Lonely” singer was seeing Selena, then dated Hailey, then dated Selena again, and finally married Hailey in 2018.

Because the timeframe is a little hazy from an outsider’s perspective, several fans speculated that the two romances overlapped, or that Justin was secretly seeing Hailey while legally dating the “Ice Cream” singer. Some of the lyrics on Selena’s 2020 album Rare just added fuel to the fire. “In two months, you replaced us/ Like it was easy/ Made me think I deserved it/ In the midst of mending,” she sings on the Billboard Hot 100 No. 1 single “Lose You to Love Me.”

However, the public will finally hear her side of the tale when Hailey’s segment of Call Her Daddy airs on Wednesday (Sept. 28).

“For the first time ever, @haileybieber opens up about the public-generated controversy between her and her husband’s ex,” reads a caption for the episode’s teaser video, posted on the podcast’s official Instagram. “Hailey makes it clear she wants to discuss this one time and one time only.”