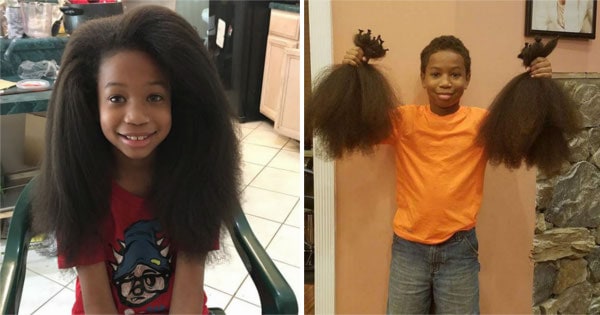 One day, 8-year-old Thomas Moore spotted his mom watching a Facebook video about a little girl who lost all her hair to cancer, and it gave him a brilliant idea. 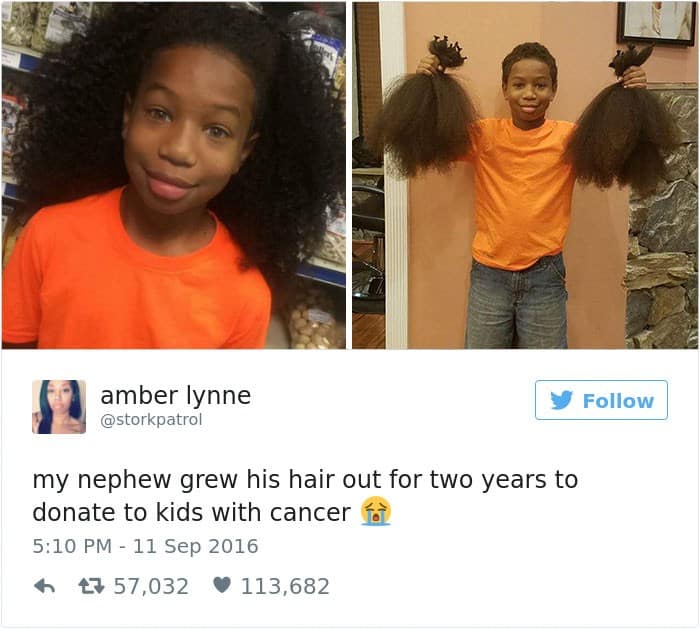 Thomas asked his mom about the video, so she explained how chemotherapy is a cancer treatment that can make people’s hair fall out.

Thomas decided there and then to start growing out his incredible hair to be donated to kids who lost their own to chemotherapy. 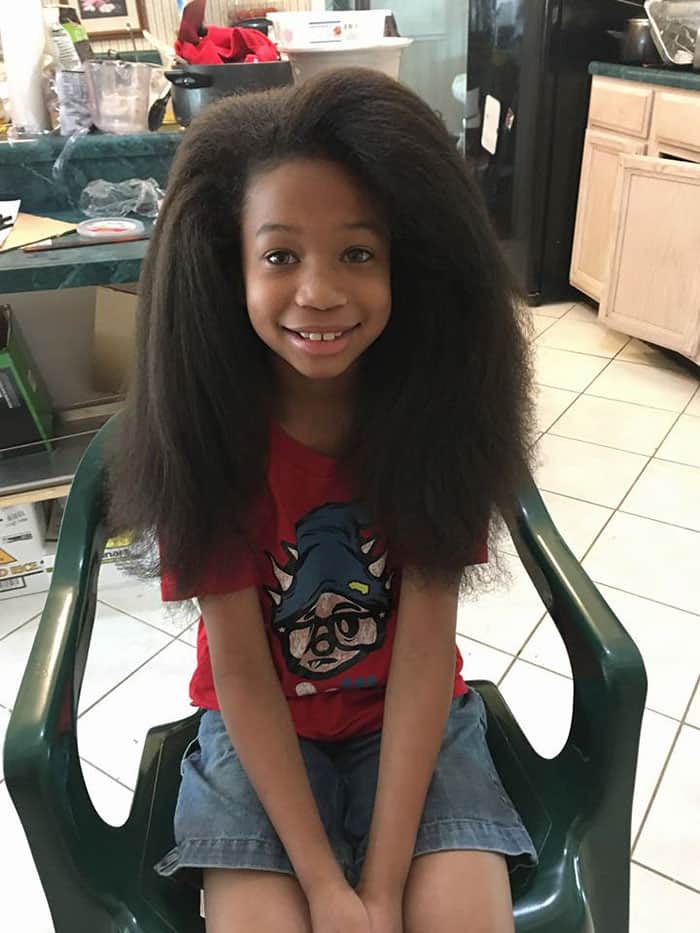 He didn’t specify how long he wanted to grow his hair for, simply saying that he “just wanted it to be long enough to make the girl feel happy”. 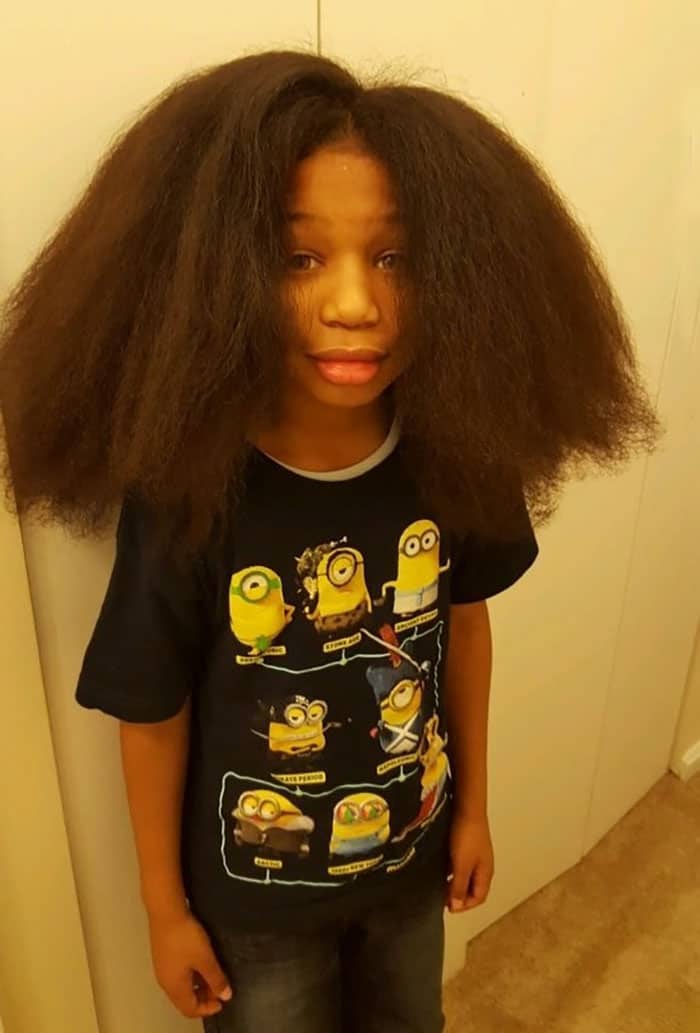 He ignored any mean comments, because he knew he was doing something amazing, and put up with the discomfort of cornrows to keep his hair under control. 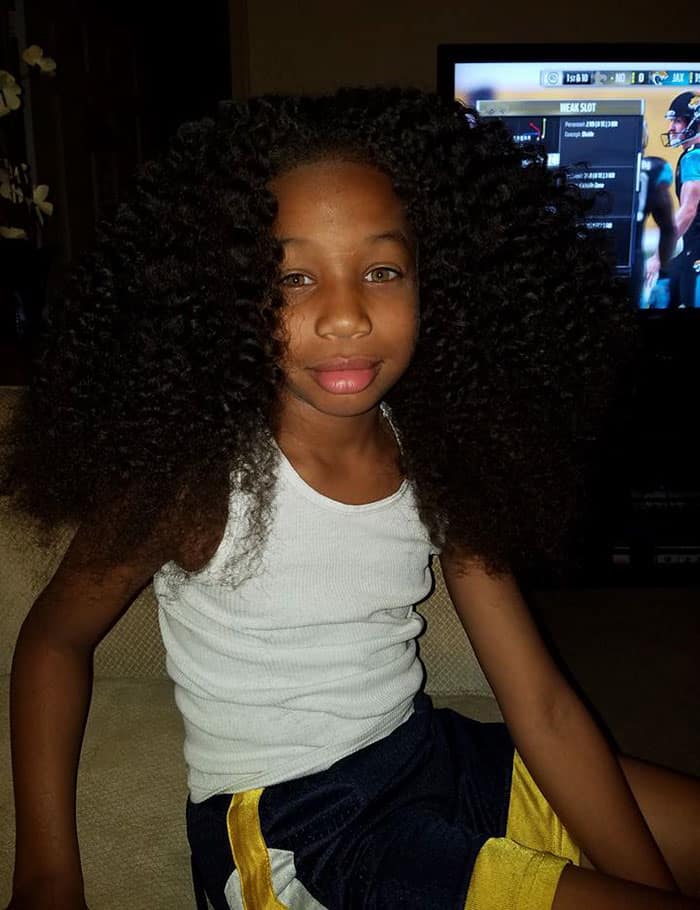 And when it came to chop time, Thomas had enough hair to make not one, but three entire wigs. 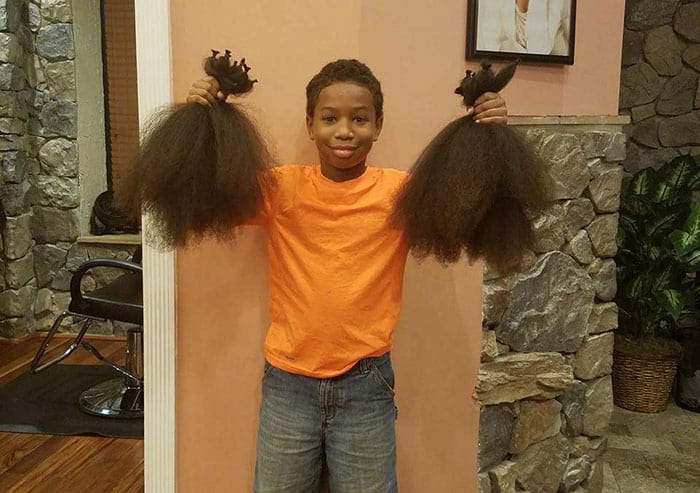 You can see the moment he lost his fabulous hair in the video below.

Myyyy baby! I'm so proud of him! He's breathing all hard and smiling so BIG right now!!!#NewsWorthy #CoolKid #ProudMommy #TeamKyssi

We need more kids like Thomas in this world.