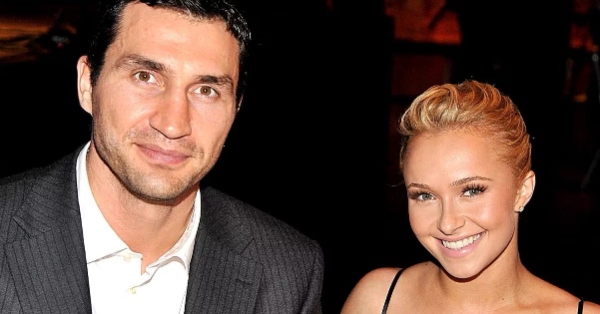 Hayden Panettiere is opening out about losing custody of her daughter, Kaya, as she battles depression and addiction.

The 33-year-old actress sat down with Jada Pinkett Smith, Adrienne Banfield Norris, and guest host Kelly Osbourne in an exclusive clip for the upcoming episode of Red Table Talk, where she revealed that she didn’t realize she was losing custody until her now-7-year-old was already in Ukraine with her ex, Wladimir Klitschko.

“I was trying to tell myself that if I’m not OK, if I’m not good, then I cannot be the best mom to you,” Panettiere said. “I was going through such a hard time that I knew the most unselfish thing I could do was to make that hard decision and just try to work on myself.”

Panettiere previously said in a July interview with People that she had reached rock bottom with alcohol consumption before Kaya’s trip to Ukraine to live with Klitschko.

“She was almost three, and it wasn’t fully my decision,” Panettiere continued. “In fact, I didn’t even know it was happening until she was already over there.”

“I would have the shakes when I woke up and could only function with sipping alcohol,” she said. “It was the hardest thing I ever had to do. But I wanted to be a good mom to her — and sometimes that means letting them go.”

She later spent eight months in rehab, where she says she got the tools she needed to “get over the hump” of her addiction. “It’s an everyday choice, and I’m checking in with myself all the time,” she explained. “But I’m just so grateful to be part of this world again, and I will never take it for granted again.”

Panettiere acknowledged during the interview that she was just 15 years old when she was given “happy pills” to make her “peppy during interviews,” adding that she had “no concept that this was not a suitable thing, or what door that would open for me when it came to my addiction.”

“I put a lot of work into myself and I had to be willing to be incredibly honest,” Panettiere said of seeking help in recent years. “This hasn’t been easy and there were a lot of ups and downs, but I don’t regret even the ugliest things that have happened to me. I feel incredibly accomplished. And I feel like I have a second chance.”