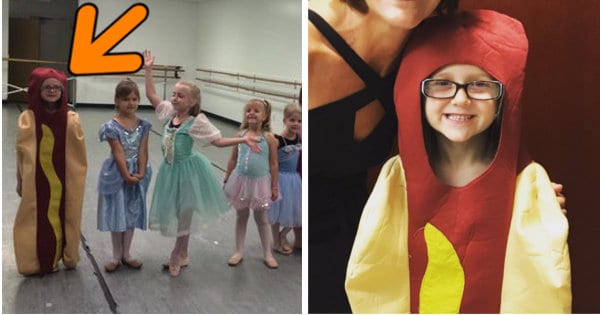 At a dance school in North Carolina, US, the 5-year-old dancers were told they could dress up for princess week, so they all donned their favorite sparkly gowns. 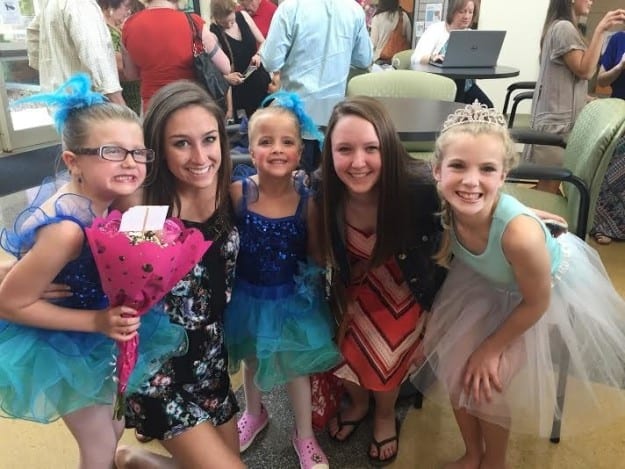 That is, except for Ainsley, 5, who decided to turn up dressed as a hot dog. 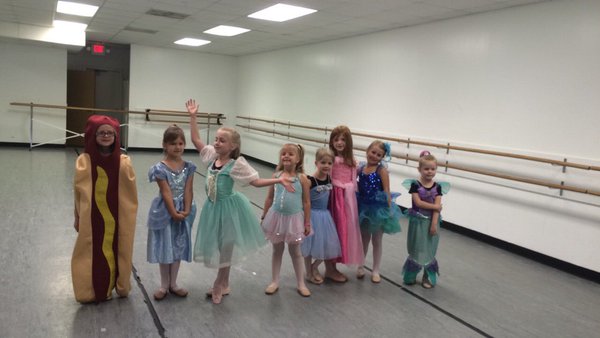 Photos of Ainsley’s hilariously awesome outfit were posted on Twitter by Sarah Nativi of the dance school, who says, “When [Ainsley] got there everyone was so surprised but we loved it.

“We all took pictures because we thought it was funny that she came to princess week as a hot dog.” 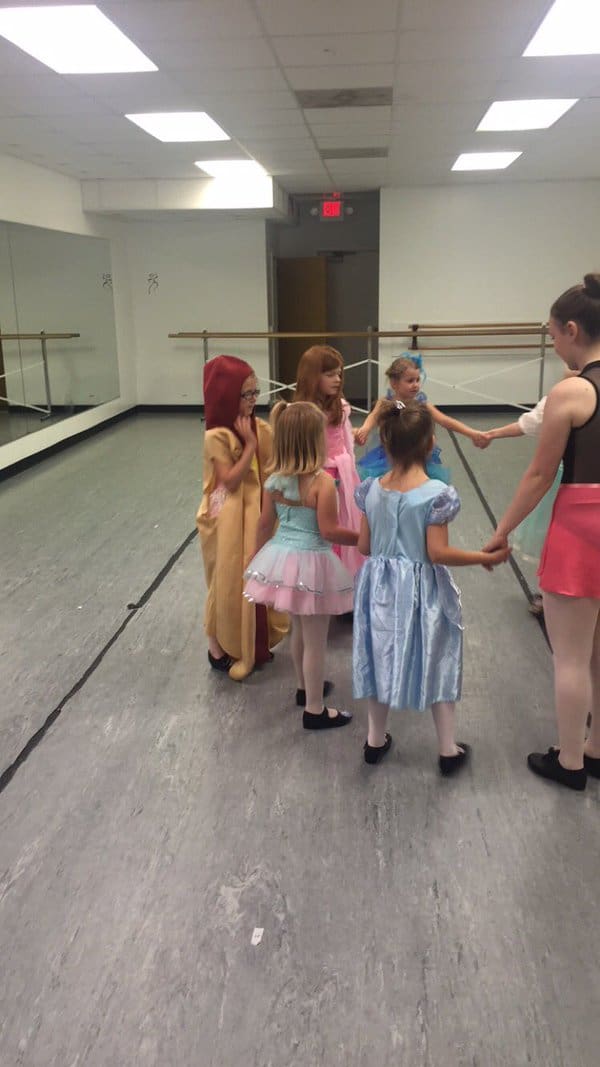 “She loves princesses, but she wanted to be original and wear a hotdog costume instead. She wore a princess costume underneath and said she was a princess on the inside!”

But Ainsley’s fashion statement struck a chord with netizens and quickly went viral, with #hotdofprincess trending in the area as hundreds of people retweeted Sarah’s photos.

The dance school even asked Ainsely to open their spring recital in her favorite costume a few weeks later.

Even though she’s only 5, Ainsley decided to be totally herself and wasn’t scared to be different.

“I wanted to share the pictures first of all because it was so innocent and cute,” said Sarah, “I was so impressed with how confident a little girl could be with herself to just wear whatever she liked the best.”

“Her parents and I agree that it’s a great message for young girls and they are, as I can imagine, very proud of Ainsley.”

In a world full of princesses, dare to be a hot dog 🌭👑 #hotdogprincess pic.twitter.com/6AHywcjopL

Ainsley (sorry, Hot Dog Princess), we can only hope that one day we’ll be as cool as you.