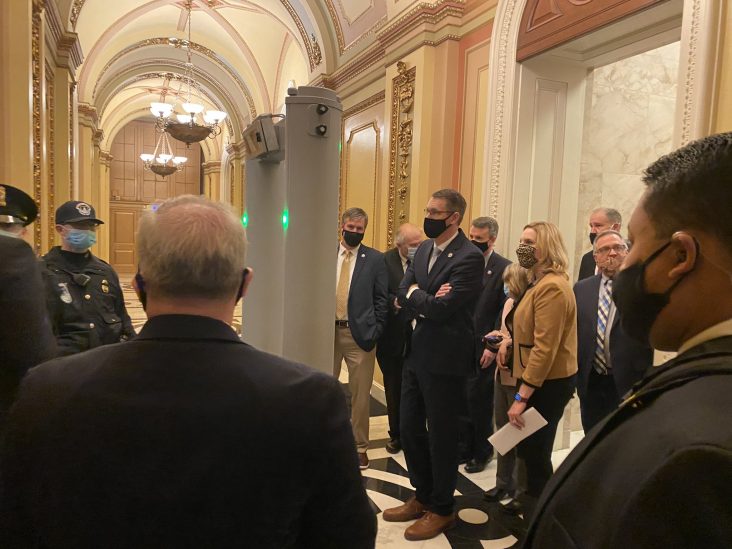 Several House Republicans sidestepped newly-installed metal detectors outside the chamber doors, ignoring the machines when they were set off. The GOP lawmakers object to the new machines added as a security precaution following last week’s deadly attack on the Capitol building.

The House sergeant at arms office issued a statement saying all members and others going into the chamber must be screened for prohibited items, and anyone failing to wear a mask on the House floor would be removed  following last week’s deadly siege.

Members of Congress had freely roamed the Capitol, with the ability to bypass most security screening stations.

Republican Rep. Lauren Boebert of Colorado reportedly ended up in a stalemate with Capitol security after refusing to hand over her bag after setting off the metal detector.

“I am legally permitted to carry my firearm in Washington, D.C. and within the Capitol complex,” Boebert tweeted. “Metal detectors outside of the House would not have stopped the violence we saw last week — it’s just another political stunt by Speaker Pelosi.”

“There is an active insurrection occurring in your country. The 60 second inconvenience of walking through a metal detector is not the most important thing right now,” Murphy tweeted.