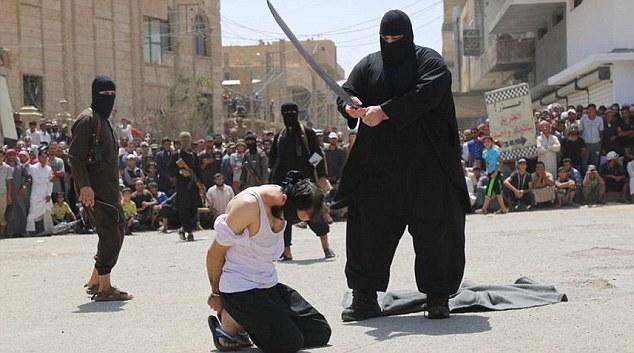 A Canadian citizen who was born in Saudi Arabia was given a life sentence on Friday for his violent ISIS-related activities, including the execution of two captured Syrian soldiers.

Mohammed Khalifa, 39, also known as Abu Ridwan Al-Kanadi and Abu Muthanna Al-Muhajir, joined the Islamic terrorist organisation in 2013 and was soon granted a key position in the media branch of the group as a result of his proficiency with English. According to the U.S. Department of Justice, Khalifa’s work included translating and narrating ISIS propaganda videos that were intended to be broadcast to the English-speaking globe in order to radicalise and recruit warriors (DOJ).

According to The Washington Post, U.S. District Judge T.S. Ellis III referred to Khalifa as “the Pied Piper who played the tune” that allowed ISIS to spread its disgusting propaganda among English speakers all over the world.

For ISIS, Khalifa translated and voiced about 15 videos that were circulated. Two of the movies, which showed terrorists attacking the United States and ISIS militants slaughtering unarmed detainees, were particularly disturbing. The execution of detainees who are lying on the ground in front of Khalifa and other masked terrorists is shown in one video.

Prosecutors claim that the terrorist, who was born in Saudi Arabia, was “instrumental” in the recruitment of up to 60,000 fighters for ISIS during the terrorist group’s campaign to seize control of Syria.

Eight Americans, Britons, and Japanese hostages were slain in Syria by terrorists while Khalifa was an ISIS member between August 2014 and February 2015, according to the DOJ. Their murders were a component of a vicious ISIS hostage-taking operation that targeted foreign journalists and aid workers. According to authorities, Khalifa claimed during one broadcast that the shooter who killed 49 people at a Florida nightclub in 2016 was a “brother” who killed “filthy crusaders” and “sodomites.”

After engaging in a combat, Khalifa was taken prisoner by the Syrian Democratic Forces in 2019. According to the prosecution, he did not surrender without attempting to kill additional Syrian soldiers. “When he had the opportunity to surrender to the Syrian Democratic Forces in Syria in 2019, the defendant threw multiple grenades and fired his AK-47 at Syrian soldiers to continue his murderous campaign on behalf of ISIS,” the prosecution claimed.

Upon being apprehended, Khalifa was soon transferred into American custody. He will spend the rest of his life in prison after entering a guilty plea in December for aiding terrorism that resulted in death.