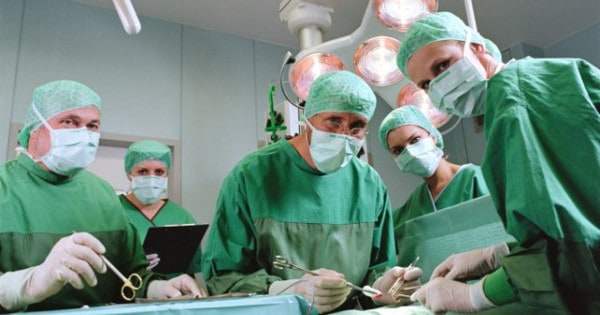 Have you ever wondered what the color coding behind medical uniforms is? Or why doctors don’t always wear white any more?

It turns out there’s a very important reason behind the color of scrubs doctors and surgeons wear which can determine the success of a surgical operation.

Historically, all medical staff wore white clothing, until one day in 1914 an influential doctor gave up his traditional uniform in favor of a green, and subsequently blue, outfit.

The problem this savvy doctor spotted was that the immaculate white color can blind surgeons for several moments if they shift their gaze from the dark red color of blood to the white of their colleagues.

The same thing happens when you first go outside in winter and are momentarily blinded by bright white snow.

So why, then, did the doctor decide on blue and not, say, purple or yellow?

Well, green and blue are the opposite of red on the color spectrum, and during an operation a surgeon is nearly always focusing on red blood, so the blue and green help improve the surgeon’s vision and makes them more sensitive to different shades of red.

The blue and green scrubs help surgeons pay greater attention to changes in the blood and significantly reduces the chances of them making a mistake during an operation.