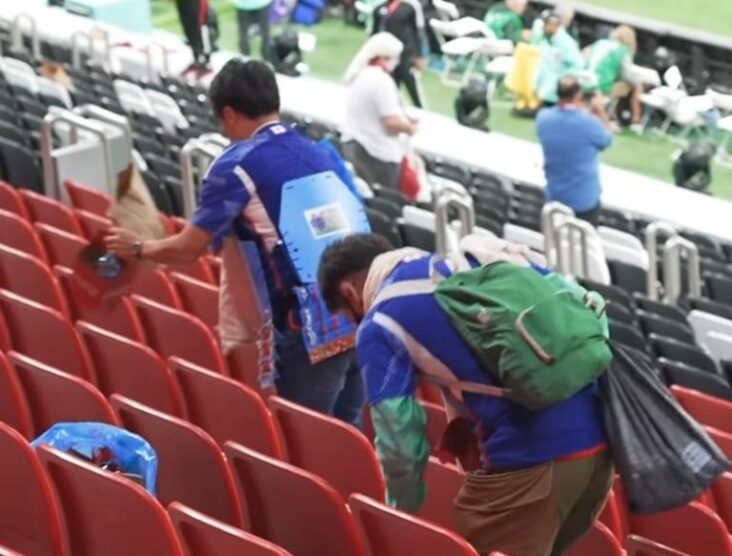 As the opening match of the FIFA World Cup Qatar 2022 between Qatar and Ecuador began on Sunday, Doha’s Al-Bayt Stadium was scattered and far from immaculate – but Japanese supporters made it their mission to assist clean up.

After the match, Bahraini video creator Omar Farooq captured the Japanese football supporters in action, claiming he was “blown away.”

When asked why they were cleaning up, one Japanese woman replied, “Japanese never leave rubbish behind, we respect the place.”

Another Japanese guy explained that they cleaned up not for the cameras, but out of respect.

This is not the first time Japanese football supporters have made headlines for their respect, organization, and cleanliness during the FIFA World Cup.

People all around the world were pleased by the Japanese people’s respect for the Russian stadium and their willingness to clean up after the game back in 2018.

The supporters were prepared, armed with enormous garbage bags, and proceeded to sweep their seats and everything around them, leaving the place as clean as they found it.

Similarly, after Japan’s national football team was beaten by the Ivory Coast in 2014, Japanese fans performed the same thing in a Brazilian stadium.

This behavior is not just part of football culture, but also Japanese culture.