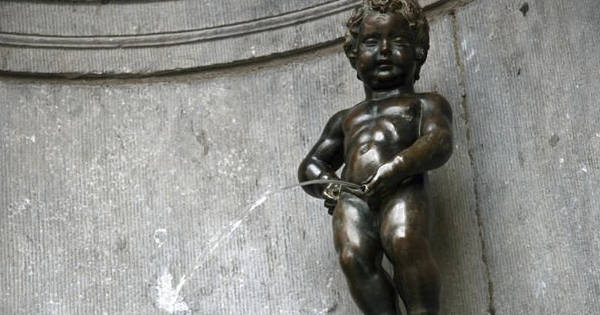 A quirky statue found in Brussels that has long been photographed by tourists has now become a symbol of defiance in the wake of this morning’s terror attacks in the Belgian capital.

The Manneken Pis has always drawn laughs as it’s a statue of a little boy urinating into a fountain.

But now artists around the world are turning Manneken Pis into a symbol of defiance in the face of terror.

And you can guess who he tends to be urinating on in the artwork.

While some are just taking the, er, piss, like this guy asking, “Is a quiet piss too much to ask for?”

The images are appearing on Twitter with the supportive hashtag #JeSuisBruxelles.

And sometimes the cheeky naked statue isn’t urinating at all, just proudly waving his country’s flag.

Who knew a weird statue could have so much power?

And there’s some clever play on words happening, too.

This Instagrammer writes, “Enough! You’ll never take away our freedom.”

You can see more on Twitter by following #JeSuisBruxelles.