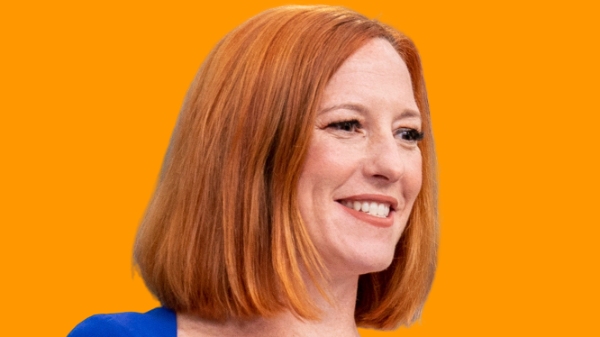 The media attention on Jen’s professional decisions and wealth has significantly increased since she assumed the role.

What is Jen Psaki’s net worth?

American political adviser Jen Psaki is well-known for her work with both the Joe Biden and Barack Obama administrations.

Despite having a well-known career, there is little information about her exact net worth; however, it is assumed to be between $2 million and $2.5 million.

She earned an estimated $183,000 while serving as press secretary for the White House.

While providing no supporting data, some social media users asserted that Jen Psaki earned $27 million in her two years as the White House press secretary. Psaki told Reuters that her net worth was not even close to $27 million. It appears the $27 million figure originates from an article on a website called ‘CA Knowledge’, where they cited Forbes as the source for the figure. However, a spokesperson for Forbes told Reuters via email that Forbes “has not published a net worth estimate for Jen Psaki.”

Why did Jen Psaki leave the White House?

Early in 2021, rumours that Psaki might be quitting her position at the White House surfaced.

She subsequently announced in May of that same year that she would depart sometime in 2022.

Psaki said, “I think it’s going to be time for somebody else to have this job, in a year from now or about a year from now” on the The Axe Files podcast.

President Joe Biden subsequently stated that Karine Jean-Pierre would succeed her on May 5, 2022.

Psaki had her last press conference at the White House on Friday, May 13, one week later.

Jen Psaki was born on December 1, 1978 in Stamford, Connecticut. She earned a degree in sociology and English from the College of William & Mary in 2000.

Working on the reelection campaigns of Iowa Democrats Tom Harkin for the Senate and Tom Vilsack for governor in 2001, she started her career in the early 2000s.

Psaki then served as the John Kerry presidential campaign’s deputy press secretary in 2004 before taking on the role of Joseph Crowley’s communications director the following year.

Additionally, until 2006, she served as the Democratic Congressional Campaign Committee’s press secretary.

Psaki served in the Barack Obama administration before departing for a short time in 2011 to take a position as senior vice president and managing director at the Global Strategy Group.

Before Biden chose her to serve as his press secretary, she departed the White House in 2017 to work as a CNN contributor.