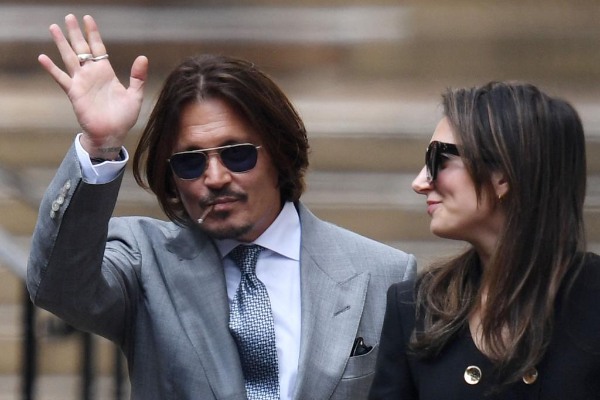 Johnny Depp is dating attorney Joelle Rich, who assisted him in his libel case against The Sun in the United Kingdom.

“Their chemistry is off the charts,” reports said of the Pirates of the Caribbean star, 59, and the attorney. “It’s serious between them. They are the real deal.”

However, Rich was not a legal team member representing Depp in his defamation trial against his ex-wife Amber Heard earlier this year. Rich was one of the attorneys who worked on Depp’s lawsuit against the U.K. newspaper when he sued the publication for libel in 2018. Nevertheless, she was in the Virginia courtroom to “support” the celebrity.

“There was no professional obligation for her being there. It was personal.” The duo reportedly  “discreetly” met up in hotels during the early stages of their romance.

Rich was married when she met Depp, but she is currently divorcing him. She has two children with her ex-spouse.

Rumors about the Hollywood Vampires artist dating a different lawyer during his defamation lawsuit against Heard, 36, circulated. Camille Vasquez was one of the lawyers he was represented by in that case. The 38-year-old Southwestern Law School alumna then denounced “sexist” rumors regarding her connection with Depp.

“It’s also an unethical charge being made,” Vasquez said in June. “It’s unfortunate and it’s disappointing, but at the same time it kind of comes with the territory. I can’t say I was all that surprised.”

The marriage between Depp and Heard, which dissolved in 2017, was the focus of two different lawsuits brought by the Secret Window star. The Kentucky native filed a lawsuit against The Sun for the first time in June 2018 after the publication called him a “wife beater” in a piece about his participation in the Fantastic Beasts film series.

Before her 2016 breakup with Depp, Heard allegedly made many abuse complaints referenced in the story.

In July 2020, the study finally started after several delays brought on by the coronavirus epidemic. Four months later, the U.K.’s High Court of Justice determined that the Aquaman star’s allegations of her ex-husband’s violence were “substantially true,” so the piece in The Sun was not libelous.

The court turned down Depp’s attempt to appeal the decision in March 2021. The U.K. judge’s ruling was “seriously questioned,” Rich said at the time, adding that her client was eager to  “presenting the complete, irrefutable evidence of the truth in the U.S. libel case against Ms. Heard where she will have to provide full disclosure.”

Three years after Depp sued Heard over a 2018 op-ed she wrote for The Washington Post in which she claimed herself as a victim of domestic abuse, the U.S. trial started in April.

“From the very beginning, the goal of bringing this case was to reveal the truth, regardless of the outcome,” Depp told Us in a statement after the verdict was delivered. “Speaking the truth was something that I owed to my children and to all those who have remained steadfast in their support of me. I feel at peace knowing I have finally accomplished that.”

Neither Depp’s nor Rich’s representatives were available for comment.