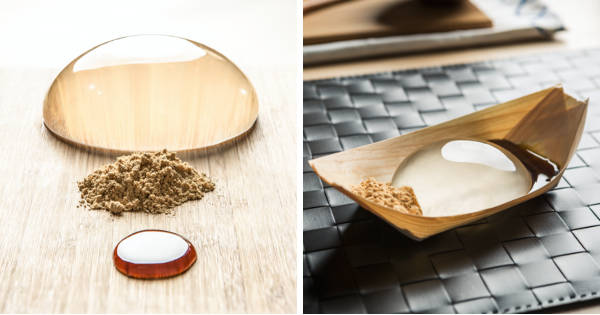 A zero-calorie, vegan “cake” made from mineral water is sweeping the Internet and causing queues round the block at New York eatery Smorgasburg — but what is it?

This is “raindrop cake”, created by New Yorker Darren Wong. 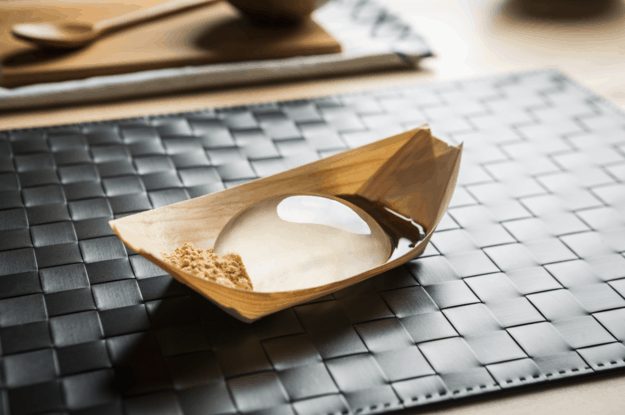 It’s made from mineral water and agar (a gelatin-like substance made from, er, algae) and flavored with brown sugar syrup and roasted soybean flour. 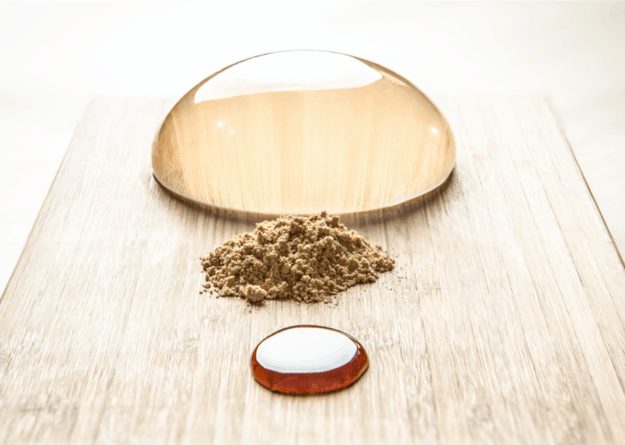 No, we have no idea what roasted soybean flour tastes like, either.

Although it looks like a perfect droplet of water waiting to be popped, the raindrop cake actually cuts more like firm Jell-O.

Creator Darren said, “It kind of reminds me of that scene from A Bug’s Life where they drunk water drops off of leaves.”

“There are very few foods that engage this many senses at the same time, which is what attracted me to this dessert in the first place.” 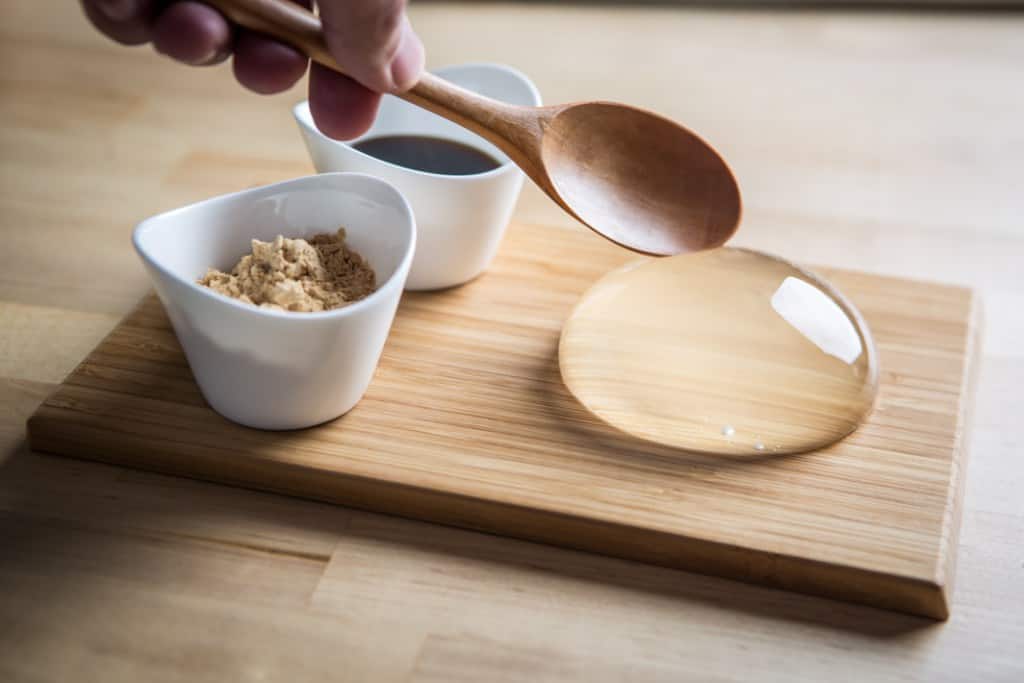 “They looked like a really cool and fun food experience. When I discovered you couldn’t get them in the US, I went to work in making it myself.” 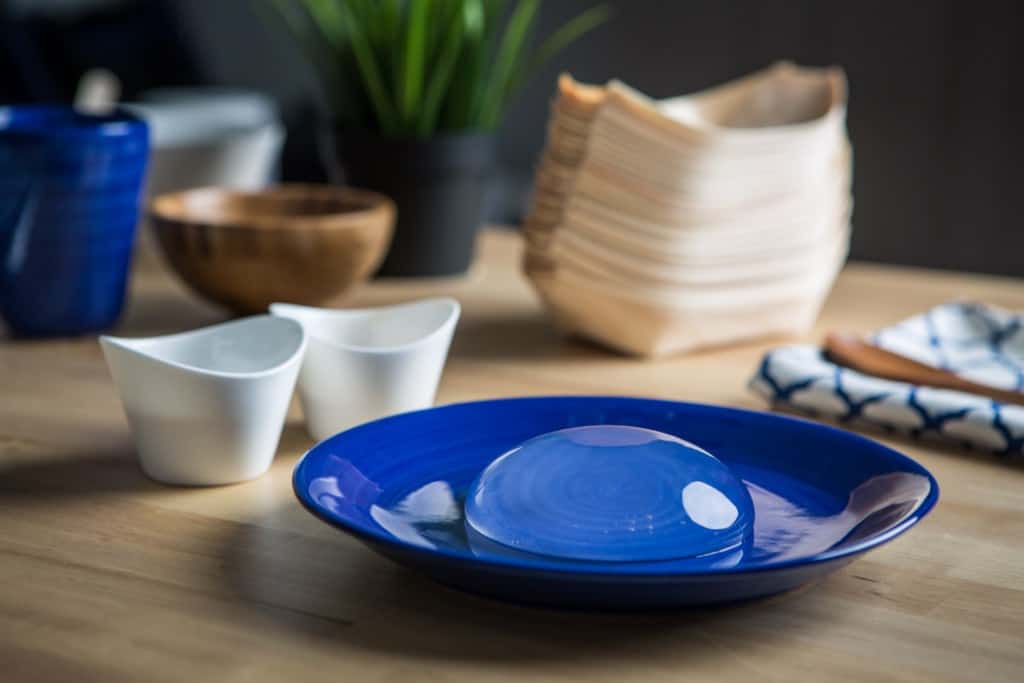 “The hardest part was trying to figure out how to store and transport something so fragile,” says Darren.

But they found a way to package and serve raindrop cake that has brought delight to Instagrammers, with oddly satisfying videos like this appearing everywhere.

But what does it actually taste like (if a water-and-algae-cake can taste of anything at all)?

Well, this Instagrammer claims to have queued for 30 minutes for “giant flavorless gelatinous dew drops”.

While this person described raindrop cake as “unsurprisingly watery tasting”.

But this Insta-critic summed it up neatly: “Would not spend $8 on it but would recommend to try it at least once for fun.”

Raindrop cakey!! Okay it's just water gelatin with soy powder and brown sugar syrup. Would not spend $8 on it but would recommend to try it at least once for fun. Also, it looks great on picture 🙂 #smorgasburg #raindropcake

So it might not taste great, but it looks super cool — kind of like your favorite pair of sunglasses.