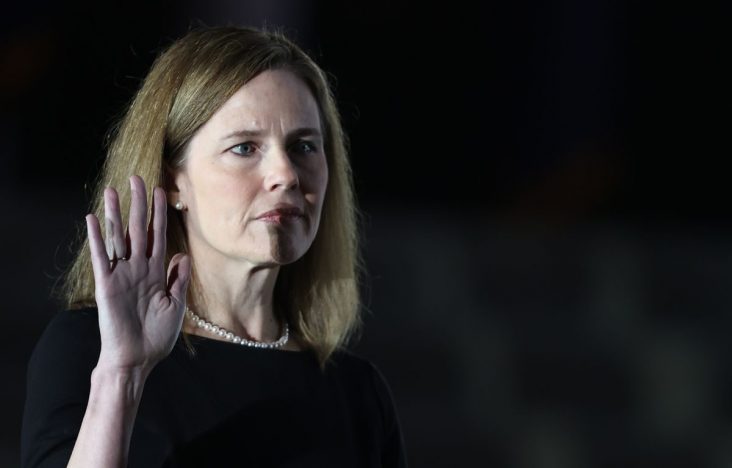 Immediately after that, the newly-minted SCOTUS associate justice was asked by a county in Pennsylvania to recuse herself from participating in a dispute over the state’s mail-ballot extension.

On Monday, the Senate voted 52-48 to confirm Barrett after Ruth Bader Ginsburg died on Sept. 18. The 48-year-old Barrett is expected to cement a 6-3 conservative majority on the court.