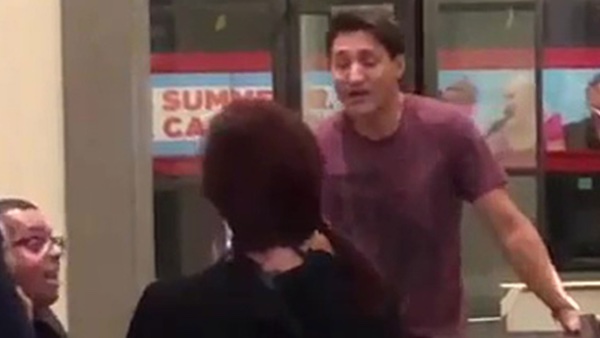 In a social media video that has amassed over 1.5 million views, Justin Trudeau can sing along to the well-known Queen song while leaning on a piano in London’s Corinthia hotel while wearing a T-shirt.

Before attending Queen Elizabeth’s funeral on Monday, September 19, attended by some 500 heads of state and diplomatic dignitaries, the Canadian prime minister was lodging at a hotel in London.

Canadian pianist Gregory Charles played “Easy come, easy go, little high, little low” and “Any way the wind blows” in the video and the prime minister was filmed singing his heart out.

Some people thought the video was innocent, while others found it offensive since it appeared disrespectful in the days leading up to the Queen’s burial.

The Canadian prime minister’s spokeswoman has come to his defense.

“After dinner on Saturday, [the] prime minister joined a small gathering with members of the Canadian delegation, who have come together to pay tribute to the life and service of Her Majesty,” a spokesperson said, adding that Trudeau had “taken part in various activities” to pay his respects to the late Queen Elizabeth.

According to a representative for the Order of Canada recipient artist Charles, he played songs on the piano “which resulted in some members of the delegation, including the prime minister, joining”.

Charles also compared it to Caribbean funerals, which he said combined somber times with joy.

“Everyone sang with me for two hours,” he said. “That was the feeling, that was a lot of fun.”