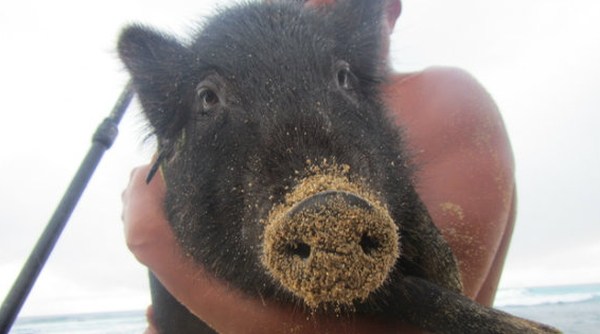 The expression “when pigs fly” gets thrown around a lot, but it may have just lost all meaning.

Kama is a pig that has gained a reputation for surfing. 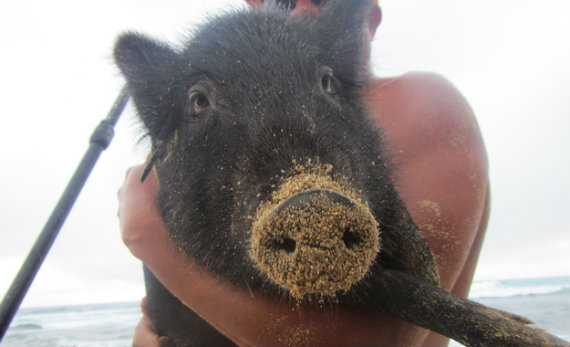 Kama was orphaned when he came across Kai and his family. 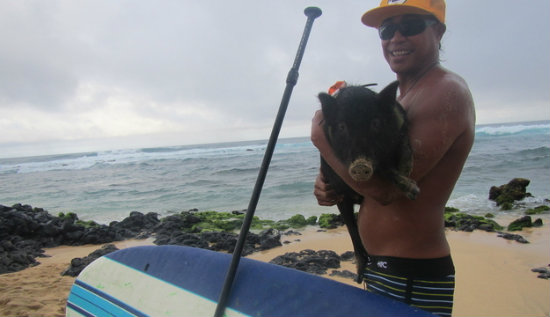 Since being adopted by Kai, Kama has become a surfing expert. 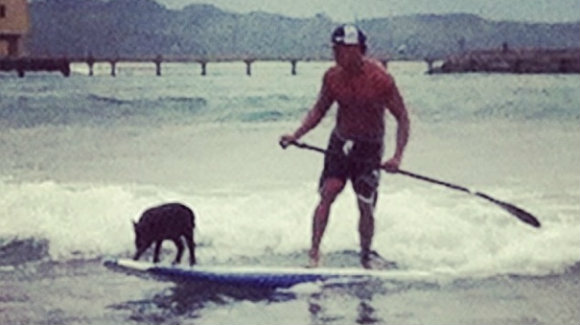 But recently Kama and Kai tried out a new adventure together: flight. 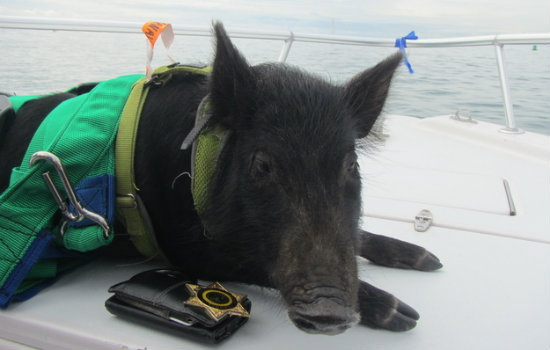 First he exchanged some good luck kisses with his buddy, Nu’u. 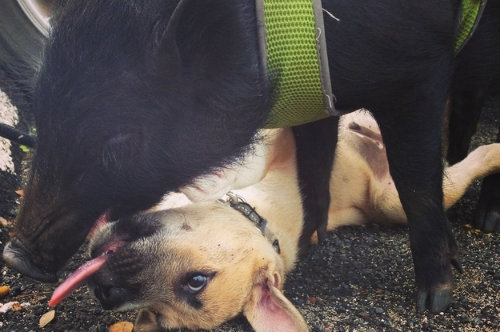 The made sure to have a lot of safety harnesses to make double triple sure Kama would be secure.

Once he was all strapped in, he and and Kai were ready to go. 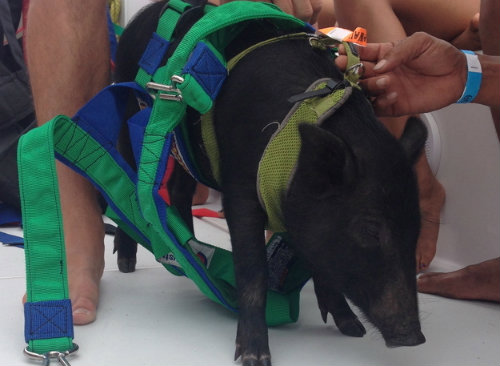 In dad’s arms, he was all ready to get flying. 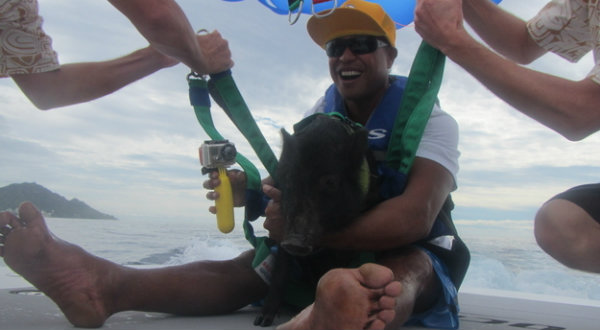 Flying through the sky, Kama reached heights pigs have never been before. 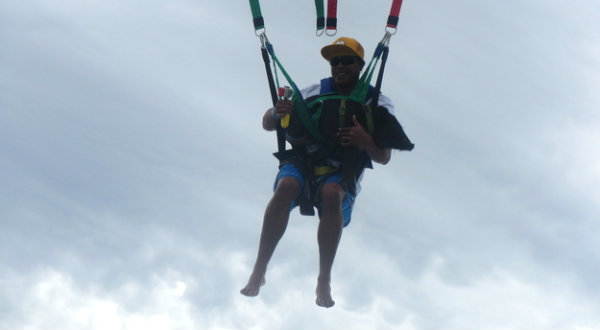 He was calm as he sailed through the air, looking at everything going by below. 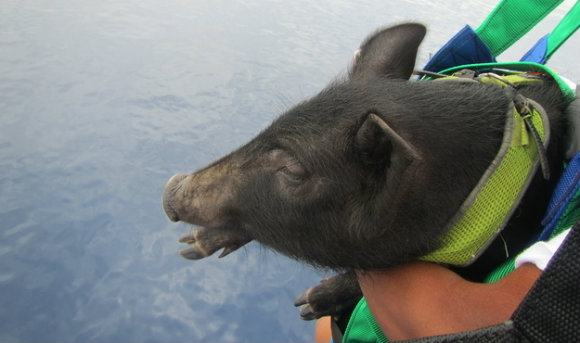 Kai snuggled him close as they flew. 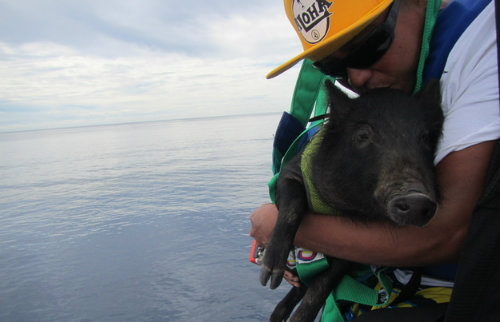 As soon as he was done, he tried to climb back into the harness. They then decided to go for another round. 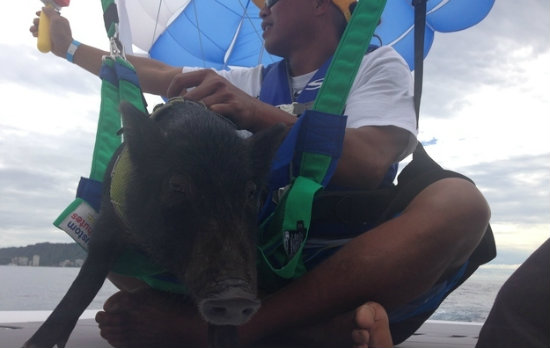 Next time someone suggest they will do something “when pigs fly”, tell them about this story, and then get them to do whatever they promised.