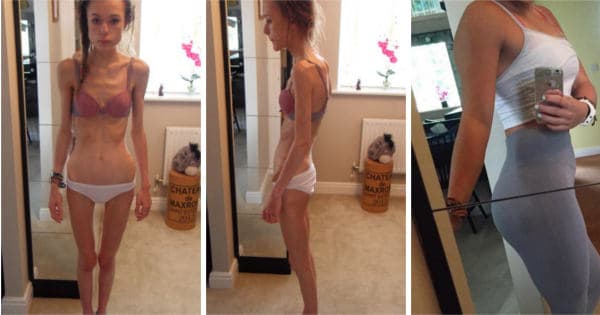 A college student who became obsessed with looking like a model lost so much weight that doctors warned her she might die if she took a shower.

Katy Hogg, 20, from Lincoln, UK, started dieting when she was 17 after seeing images of slender celebrities on social media, until she was eating just 250 calories a day. 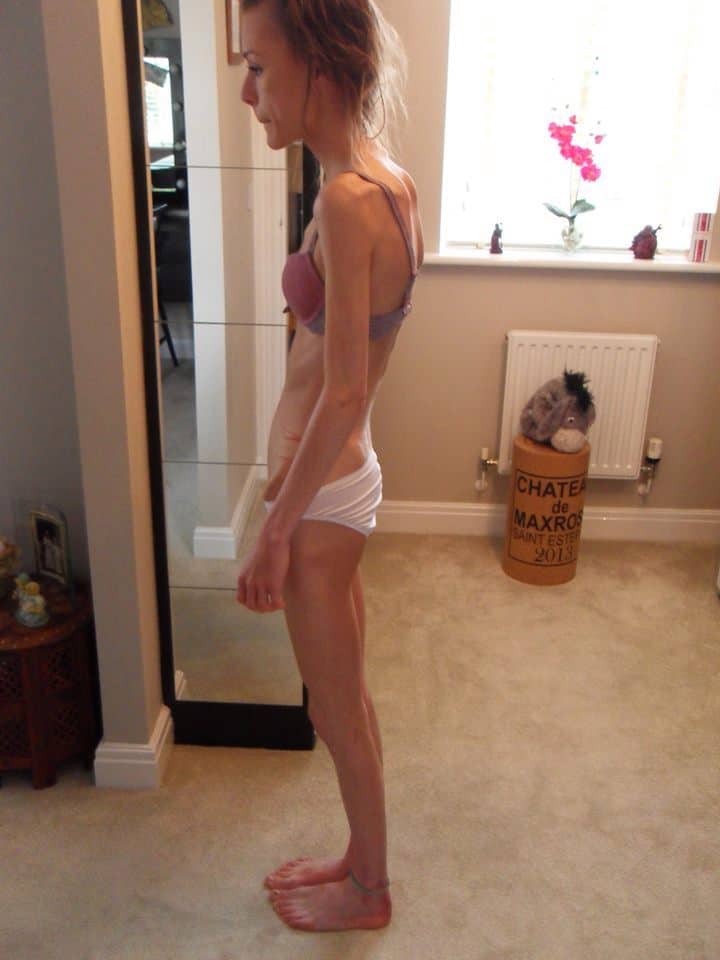 “My life was so full of stress and worry,” explains Katy, “People like Kendall Jenner seemed to have it all.”

“I’d pore over her Instagram and social media accounts, dreaming of having stick-thin legs and a gorgeous figure like her. More than anything I wanted a thigh gap.” 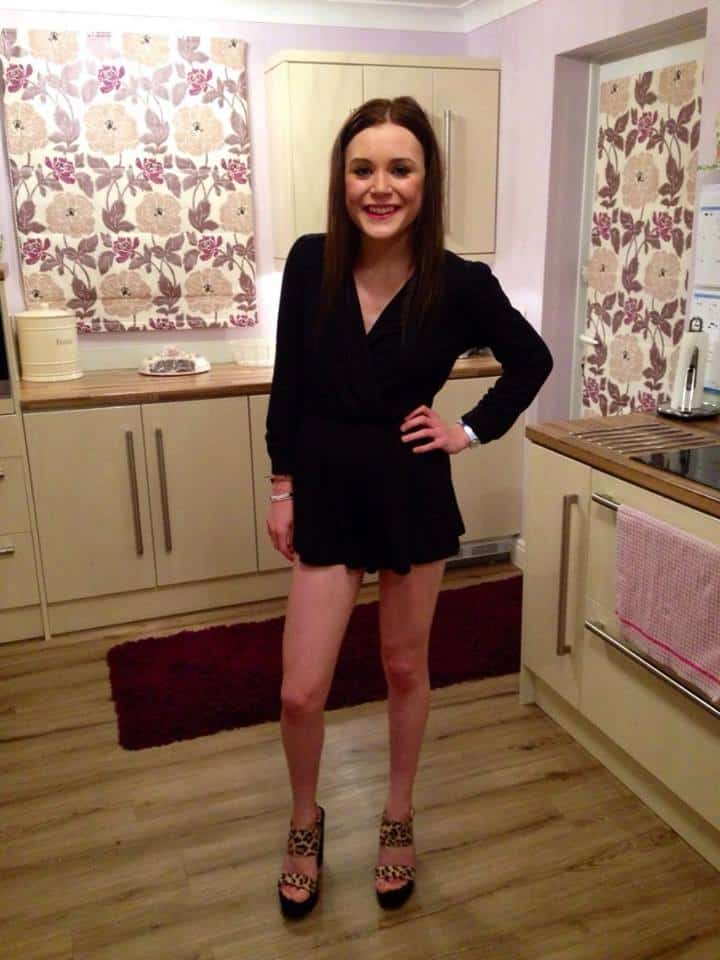 “[Kendall Jenner] was always so cool and in control. I wanted more than anything to be like that.”

21-year-old model Jenner, below, inspired Katy after it was reported the star’s diet consisted of 12 cups of detox tea a day and raw vegetables. 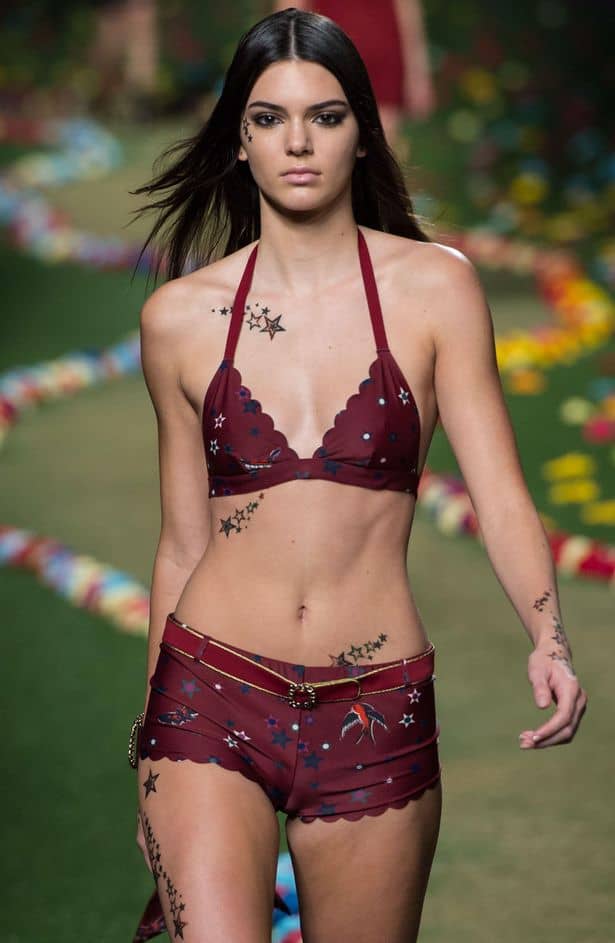 “I was skin and bones, weighing just 5 stone 5 pounds [77lbs],” recalled Katy, “It felt good to have control over something.”

“Family mealtimes were the trickiest to avoid. My mom, Caroline, would serve the food, and I’d tell her I had coursework to do.”

“She would let me eat in my bedroom, and once I was out of sight, I’d scrape the food into a bag in my room, and bin it when I left the next day.” 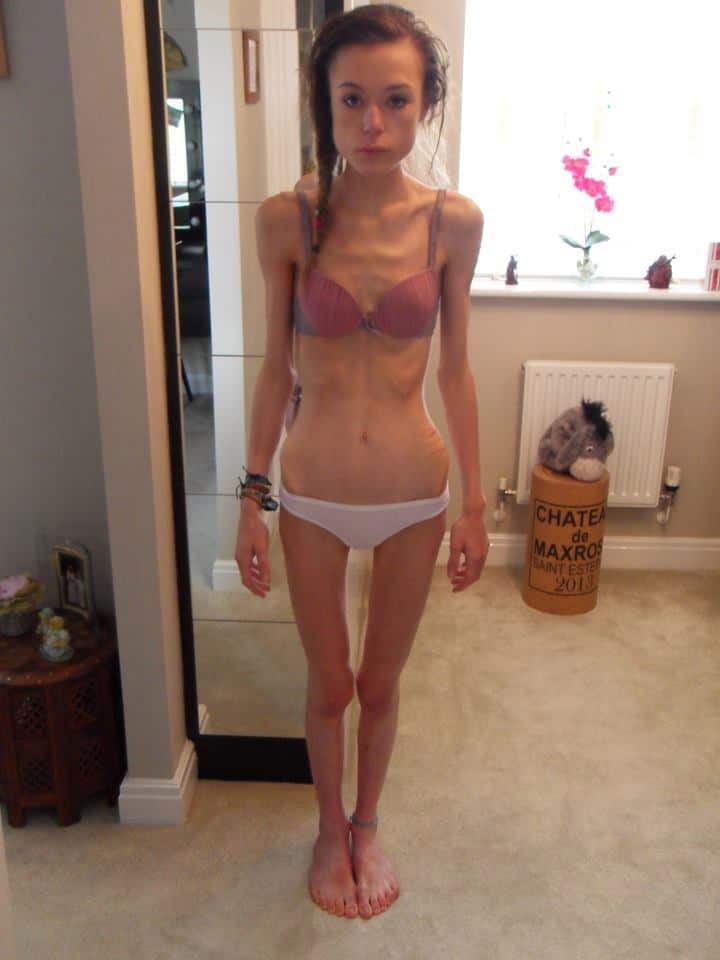 But as Katy’s weight plummeted, concerned friends and school teachers stepped in and eventually Katy was referred to an eating disorder clinic.

Diagnosed with anorexia, Katy was put straight into a wheelchair and told she was too weak to walk or even shower, as the change in temperature could cause her heart to fail.

“Apparently, I wouldn’t have survived another week without medical help,” she admits. 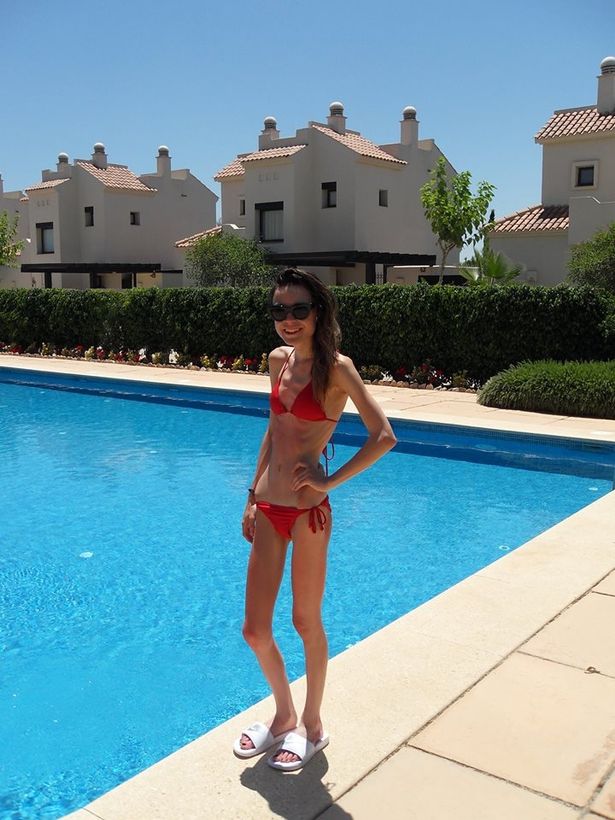 Despite being put on a healthy diet, Katy still struggled with her body image.

“I still looked at my jutting shoulder blades and xylophone ribs, and saw a layer of fat. My weight continued to decrease.”

But finally Katy had a wake up call when she fell down the stairs and seriously injured herself. Doctors told her that, as she had no body fat to protect herself, the cut had reached her muscle. Finally, Katy agreed to let the doctors help her.

Six months later, weighing a healthy 9 stone 2 pounds [128lbs], Katy felt like her old self again and decided to start working out with a personal trainer to improve her body image even more. 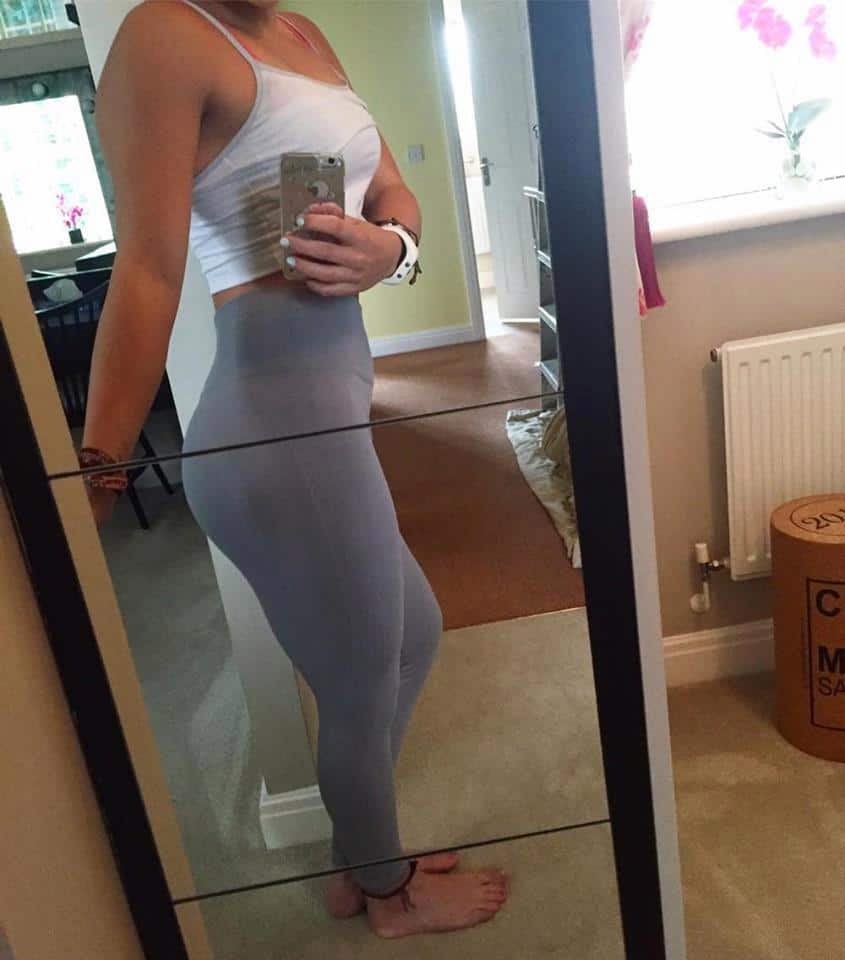 She began lifting weights and now eats five healthy meals a day. She hopes to compete in bikini competitions in the future, and is studying to become a personal trainer and dietician, so she can help other young people with eating disorders.

“At my worst, I wanted help so much, but anorexia had a hold of me and I couldn’t do it on my own,” said Katy. 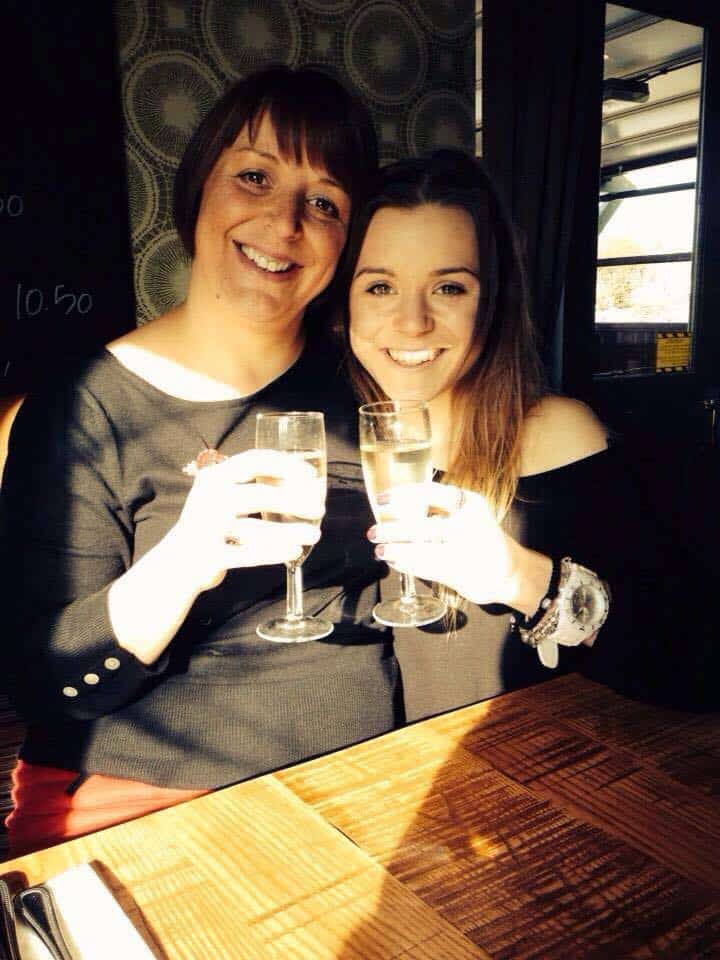 “I’m so grateful for the support I’ve had, and although recovery was difficult, it was so worth it. Right now, I’m the happiest and healthiest I’ve ever been.”