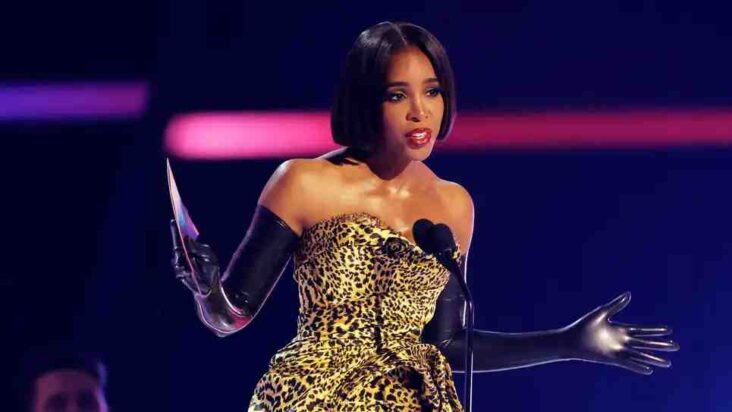 Though everyone involved certainly wishes it weren’t the case, one of the most/only significant moments from the American Music Awards on Sunday was when Chris Brown—who wasn’t there—won Favorite Male R&B Artist.

Presenter Kelly Rowland accepted the award on his behalf, at which point some in the audience began booing and making “unclear shouts,” as Variety describes it, to which she responded, “excuse me, chill out,” before monologuing a bit about how Brown is an “incredible performer” and how she wanted to thank him for his “great music.”

Chris Brown, of course, pled guilty to felony assault in 2009 for assaulting Rihanna, model Karrueche Tran obtained a permanent restraining order against him in 2017, and he was sued for $20 million this year for allegedly drugging and raping a woman.

Rowland seemingly reiterated her apparent support for Brown, saying, “I believe that grace is very real, and we all need a dose of it, and before we point fingers at anybody, we should realize how grateful we are for every moment we get.”

She added, “We all need to be forgiven for anything that we could be doing—we all come up short in some sort of way. Grace is real, and we are humans, and everybody deserves grace, period.”

To be fair to Kelly Rowland, she did not choose to give Chris Brown an award; she was just the one who presented it (and then told everyone to stop booing), since celebrities are seldom the most objective sources when it comes to other celebrities being criticized, so whatever.

In any case, perhaps the next awards event that wants to give Chris Brown an award will think twice before doing so.