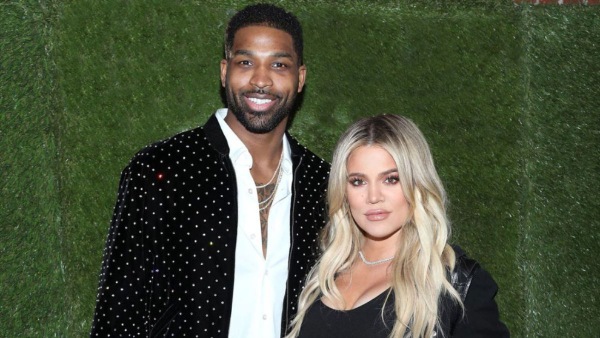 Fans had the chance to learn every information about Khloe Kardashian’s second child with Tristan Thompson in the first episode of The Kardashians, which aired on Thursday at midnight.

Khloe learned the stunning news that Tristan was having a child with another woman as Season 1 came to a close. In the first episode of season 2, she reveals that she told her sister Kim Kardashian over the phone that she had just undergone an embryo transfer days earlier in the hopes of becoming a surrogate mother to a second kid.

In this first episode, which skips forward through the remainder of the season, Khloe chooses to take off the Band-Aid and go into it all, noting that she “wasn’t ready” to discuss the circumstance at the time.

Khloe remarks that “it’s such a dark cloud around something that’s supposed to be so joyous.” She was  feeling disconnected throughout most of the episode.

“I was definitely very angry, and I think feeling bamboozled,” Khloe adds of her ex. “All I know is I was being encouraged to do [the embryo transfer] by a certain date.”

Khloe continues to assert that Tristan encouraged Khloe to proceed with the surrogacy procedure although he was aware that he was expecting a child with Maralee Nichols.

In retrospect, she claims that he was always aware of the birth of the second child, especially after receiving the papers that was visible to us. He learned on July 2; thus, he was aware.

“In hindsight, he always knew when the other baby was being born, and especially getting the paperwork that we saw,” she says. “He found out July 2, so he did know.”

Khloe acknowledges feeling uncomfortable when others speculate about the baby’s conception.

Kylie Jenner, Khloe’s younger sister, describes Tristan’s conduct as “really unforgivable,” but the rest of the family is willing to help Khloe through this trying time.

The episode shows Khloe struggle to accept the notion that she is carrying Tristan’s child once more under such stressful circumstances. In her recollection of the birth of their baby, True Thompson, in 2018, she claims that the strain of her relationship with Tristan led to her going into labor early.

Khloe recalls, “When I had True, I found out 48 hours before she was born that Tristan was cheating on me, and then I went into labor weeks early because I was so stressed out,”

Khloe spends a significant portion of the episode attempting to conceal the fact that she is pregnant with her second child while simultaneously accepting the circumstance.

“Oh, I’m very scared. It’s very scary. I think I’m probably not emotionally equipped. I have to brace myself because I know what’s coming,” Khloe says of the news getting out. “I don’t think kids should be talked about in that way, and you just want to protect this innocent being that had nothing to do with this and I just don’t want any of that energy around my kids.”

Khloe opens up more as the due date approaches; she permits her mother, Kris Jenner, and herself to go baby shopping, and her family throws her a private baby shower with a lion theme.

Although she does not divulge the name in the episode, she later in jest refers to the newborn boy as “no-name Johnson,” she says that she plans to give her kid a “T” name to match True.

When the baby finally arrives, Kim meets Khloe in the hospital and starts filming with her phone. The young child is placed right into his mother’s arms, where she cuddles him closely.

“Now that my son is here, I get to move on, and I get to enjoy,” Khloe shares. “It’s almost like I get to close that chapter and be done with this trauma and put it behind me.”

Khloe also decides to support Kim’s suggestion that Tristan visit the hospital to meet his son.