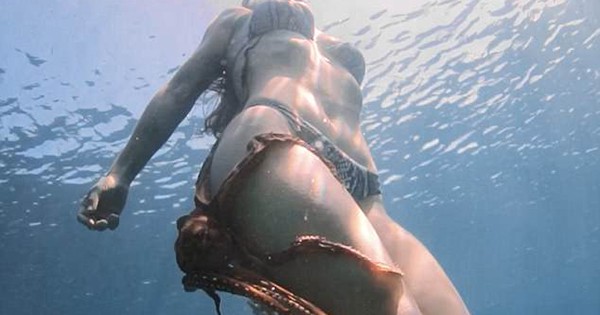 Remarkable footage of an octopus getting a little too friendly with a diver in Hawaii is making waves on social media. 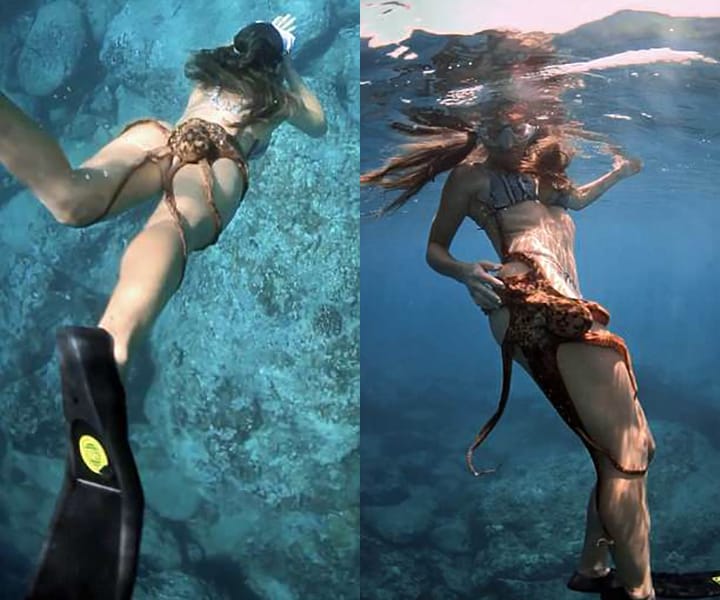 Prior to this odd coupling, videographer Shane Brown, 26, had already spotted the creature swimming close to Jess.

He began filming while encouraging the octopus to swim towards her, hoping to catch them side by side.

He probably didn’t expect what happened next. The octopus latched itself onto Jess’ leg as she dove and spun in elegant circles under the water’s surface. 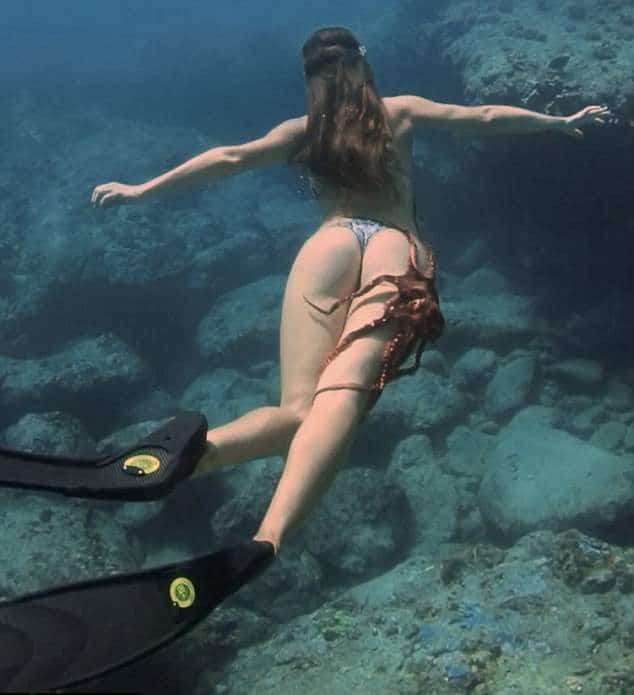 Jess then beautifully pirouettes towards the sky with the octopus, its tentacles still clinging awkwardly on to her for dear life. 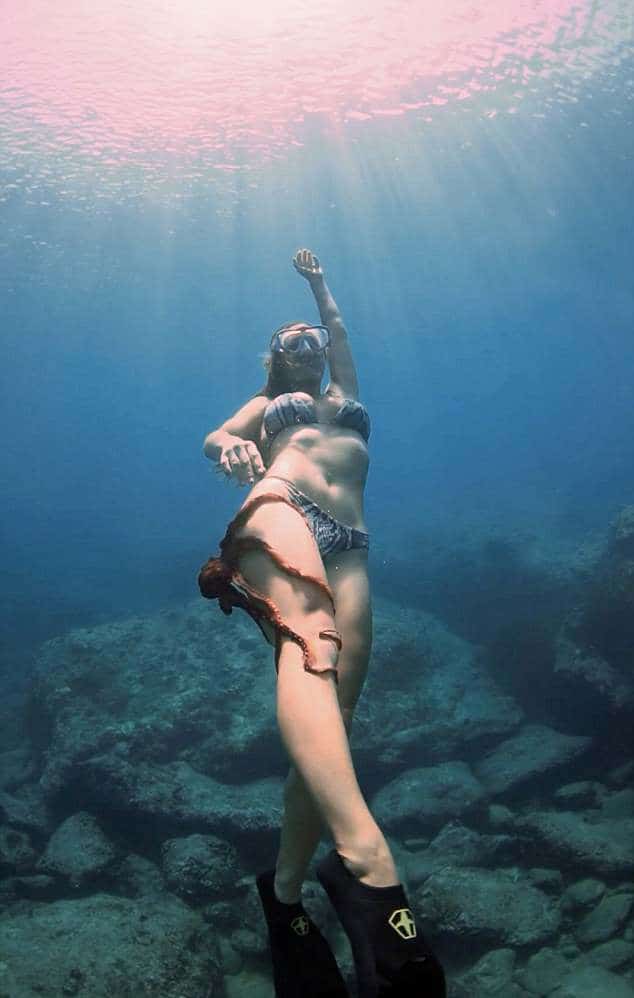 Shane posted the video, which was shot on May 20, with the caption: “People always freak out at first [when an octopus touches them].”

“You can feel all these little suction cups grabbing onto you – it feels like a weird massage.” 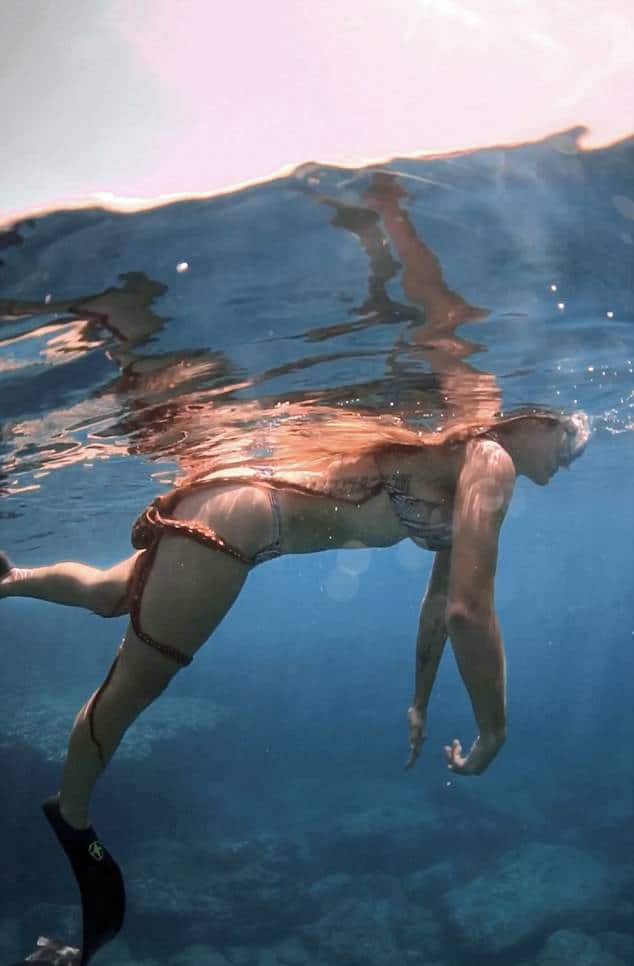 “The whole encounter lasted about 30 minutes. We knew the octopus would get very tired from this experience – it was very important to put it back into a safe part of the reef where it could hide and rest.”

He continued: “It was an amazing experience.” 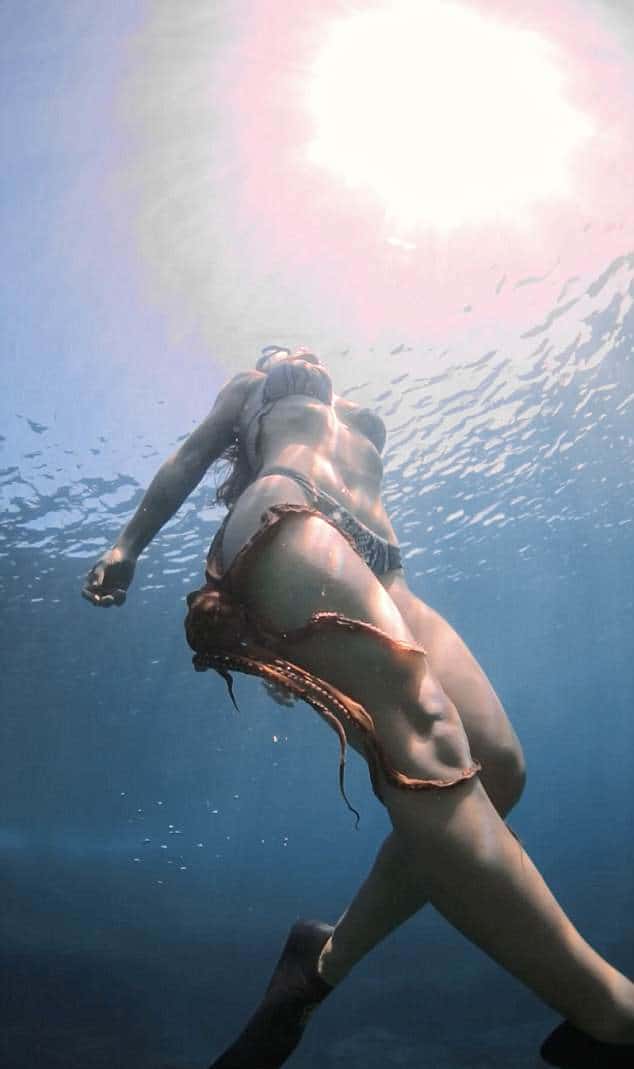 Watch the incredible spectacle below: