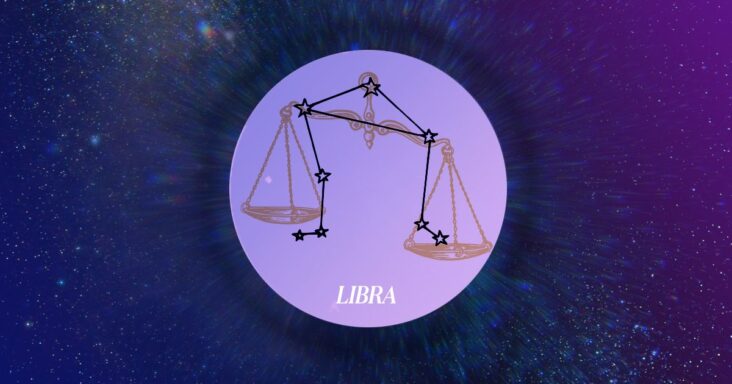 Did you know that the Libra man has a natural gift for gab and has no qualms about talking to strangers? He’ll saunter up to you in a bar and strike up a conversation, even if he’s not interested in you romantically. His lack of shyness and skills of communication is what makes him such a charming and magnetic person, and also why he unintentionally may break a lot of hearts too.

The Libra man is ruled by the planet Venus, which makes him warm and affectionate. He’s loyal to his loved ones and goes out of his way to make them happy. He has a sharp sense of humor too, but he can be extremely picky about who he lets enter his life.

Libra is the seventh sign of the zodiac, spanning from September 23 to October 22.

People born under this sign are depicted as sociable people who always want to achieve balance and harmony between all aspects of their lives.

They usually have a great sense of humor and wit about them, but they can sometimes be indecisive because they don’t want to upset anyone.

Also, because of their desire for peace and tranquility, they are often afraid of confrontation.

Here are some good and bad traits of Libra men that you should know before you get into a relationship with one.

Libra men are natural charmers. They will do anything to make you smile and laugh, even if it means being a little corny from time to time.

Libra men have an amazing sense of style. They will always want to look their best for you, so expect that he’ll come bearing gifts whenever he’s done a good job on his hair or picked out an amazing shirt.

Libra men are extremely attentive and affectionate. They’ll always want to make sure you feel loved and cared for, so don’t be surprised if he’s constantly showering you with kisses or hugs, inviting you for dinner or gifting you flowers.

Libra men will not be clingy or demanding of your time. If they say they’re going to do something, they’ll make sure to show up on time and with a smile on their face.

Libra men are great listeners. Whatever feelings you have, he’ll always be the first person to be there for you.

Libra men are very generous. He will always want to make sure you feel like a princess, so expect him to show up with beautiful roses or jewelry every once in while.

Libra men can get insecure sometimes. If they don’t feel like they’re giving enough of themselves to the relationship, they might even start throwing around the idea of breaking up.

Libra men are very indecisive. They will always want to achieve the perfect balance with you, so don’t be surprised if they’re constantly changing their schedules around just to see you more or less.

Libra men are also afraid of confrontation. This can sometimes lead them to feeling emotionally distant from you, so try not to be too hard on them when they start pulling away from you because there’s nothing worse than a Libra man that feels trapped.

Libra men can also be a little bit emotionally unstable, so don’t be surprised if he starts crying out of nowhere for no apparent reason.

Libra men can be worriers as well, so try to reassure him when he’s feeling on edge.

Libra men can sometimes be very self-centered – sometimes even forgetting important dates such as birthdays because he’s too busy with his own life.

Libra man in love and relationships

When it comes to love, the Libra man is a hopeless romantic and will do anything for his partners. He’ll shower you with gifts and romance, all while making sure your feelings don’t get hurt by always being honest with you.

The Libra man is a sensitive soul and he’s not afraid to show it! He can be emotionally vulnerable, which makes him loveable – even if it only happens every now and then. Once you’re in his heart, you’ll always stay there because he’ll never forget about you.

When it comes to love, the Libra man is usually monogamous and will not cheat on his partner. But if he’s been wronged or betrayed, he responds very badly and can be quite vengeful too.

When a Libra man falls in love, the flirting process may seem fast to some people but it’s just how he is – he has no problems being direct! He’s not really into mind games; he prefers if the woman makes the first move, but after that it all depends on his date. The Libra man is very romantic and attentive too, and really knows how to please a lady in bed.

The Libra man is not one to shout from the rooftops about his love for you; he prefers subtle gestures and actions that show his devotion. He’s also very generous when it comes to spending money on gifts and dates. Marriage is his end goal, but he won’t pressure you into walking down the aisle just yet. He likes to get comfortable with his lovers before he can even think about commitment.

How to attract a Libra Man

The Libra man can seem very picky and choosy about who he gives his time too, but that’s just because he likes to give his best first and then if they don’t measure up, he can be quite cold. He’s hard to get at first, but once you’re in his inner circle, there’s no one sweeter.

The Libra man might seem like a tough nut to crack, especially if he seems distant or aloof when you first meet him. Don’t be disheartened though – that’s just how he is, and chances are that if you stick around, he’ll warm up to you.

The Libra man likes to take things slow and steady and won’t go out of his way for someone right away, but once he’s impressed by your personality and charm, you’ll get him. The Libra man loves working out and staying healthy too, so he will appreciate compliments on his physique.

He loves intellectual minds, so a woman who can hold a conversation with him on a variety of topics – from politics to philosophy, art to finance – will impress him greatly.

The Libra man isn’t shy at all about flirting back, especially since he doesn’t know the meaning of restraint when it comes to talking! If you want his attention, letting him know that you’re interested is guaranteed to do the trick.

He may come off as weak or indecisive because of his lack of boundaries, but that’s not the case at all. He just wants to give everyone equal access to him and he lives by the idea of everything in moderation, which is why it’s difficult for him to decide between two choices.

Signs that a Libra man has feelings for you

The Libra man is not an open book and it’s really hard for other people to decipher his feelings because he keeps so much bottled up inside. But if you want to know whether he likes you or not, here are a few signs:

1. He always finds ways to spend time with you – either by asking you out on dates or just by spending time with you when he’s not busy.

2. He engages in conversation often and listens attentively to what you’re saying – it shows that he can be really sweet and romantic when he wants to be!

3. He helps you out with your problems and is always willing to be there for support – even if it’s something small like talking over the phone or giving advice.

4. He may not come out and say it, but he’ll make big efforts for you or go out of his way to please you.

5. People around you may say something about how he looks at or flirts with you, and while it could be just friendly banter, his eyes probably light up whenever he sees you.

6. He tries to get close to you and hold your hand, touch your shoulder or waist, etc., which is an indirect way of saying he likes you more than just as a friend.

7. If he gives you compliments about how beautiful you look, it means that he’s interested in getting to know you on another level.

8. He’s always there to pick up the pieces when you’re upset and tries his best to make you happy, whether it’s getting you a cup of coffee or trying to cheer you up with jokes.

You should know that the Libra man can be indecisive about his feelings though, so he may do nothing for a while and then suddenly start showing you affection – that’s just how he is!

What to do when a Libra man pulls away

If the Libra man pulls away, it can be really frustrating because he’s so hard to read. But the best thing you can do is just give him some space and time to figure things out for himself. He’ll come back around when he’s ready.

In the meantime, don’t bombard him with messages or calls trying to figure out what’s going on – that will only push him further away. Just relax and let things take their natural course.

Eventually, he’ll start to miss you and want to talk to you again. When that happens, be understanding and supportive, since he’ll probably be feeling a little vulnerable at the moment.