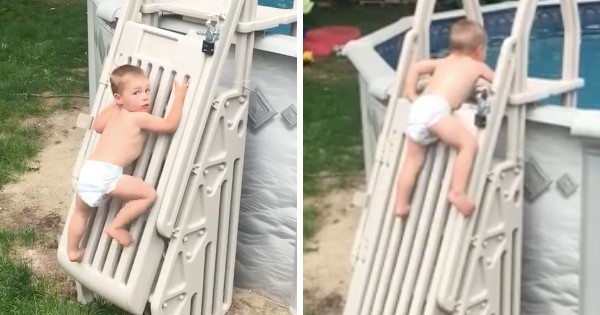 This pool ladder was designed to be child-proof, but this toddler proved that it wasn’t. 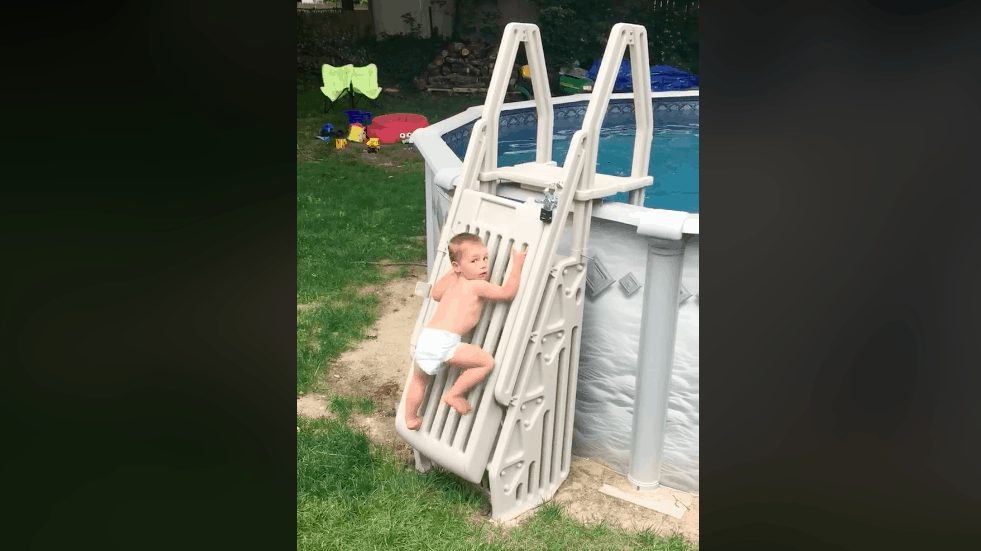 A father named Keith Wyman recently purchased a ladder for their above ground pool. The ladder comes with a cover and a lock to prevent pets and children from using it.

He posted a video showing his 2-year-old son Cody easily climbing the supposedly safely locked ladder. The video has since gone viral with over 23 million views.

So I’m posting this video after I found my 2 year old Cody trying to climb our pool ladder when it was closed and locked I just got it with the new pool Tonya and I stress you to watch your kids around pools I will be buying a new type of ladder!! “Kid has some serious upper body strength “

In the video, you can see that it only takes seconds for little Cody to pull himself up. Both parents were watching, and his mom picked him up before he got too close to the pool.

“[I’m] watching my son, with it locked and shut, pull himself up this ladder,” Wyman says in the video.

“Whose big idea was it to have this door put on the ladder with slots like that, with a 2-year-old who can pull himself up and climb this thing?”

Wyman shared that it was “scary because everything happened so fast.” 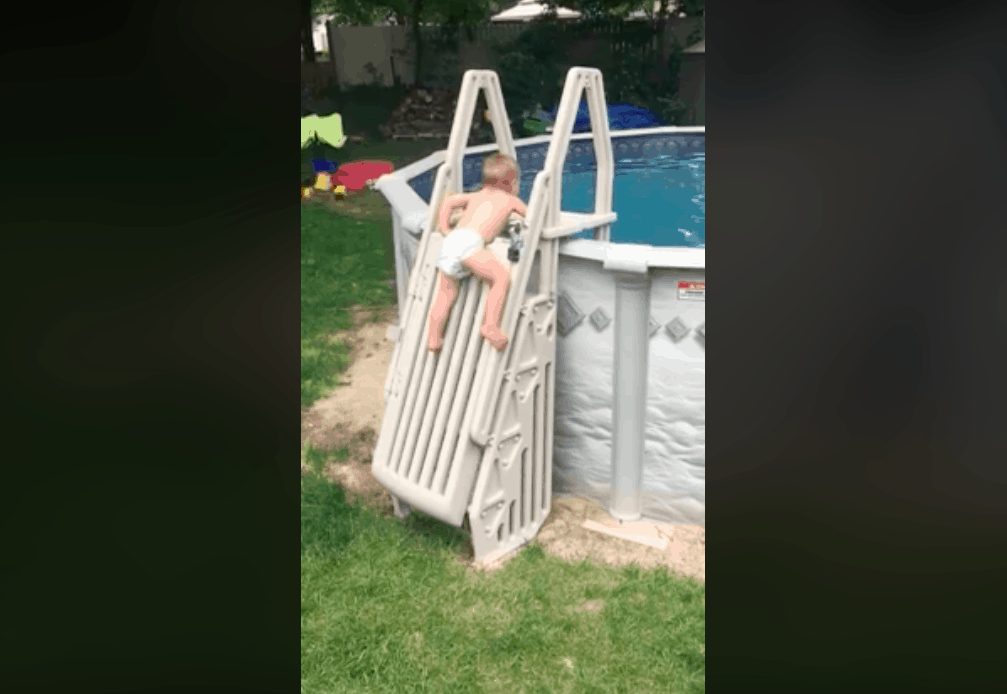 “He was 4 feet from us and when I turned to see what actually he was doing, he was up the ladder like an American ninja.”

Wyman, who lives in Massachusetts, shared that the store he purchased the ladder from offered him a replacement, but that the other options were too similar in design.

According to the Center for Disease Control and Prevention, children ages 1 to 4 are at the highest risk from drowning. About 10 people in the US alone die each day from drowning, 1 in 5 of which are children under the age of 14.

Read these tips from the CDC on how to prevent drowning.