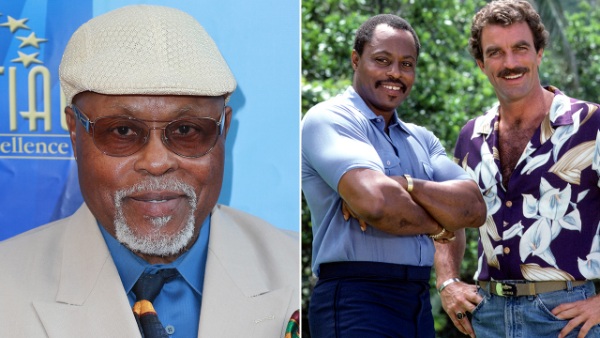 Roger E. Mosley, an American actor and director best known for playing helicopter pilot Theodore “T.C.” Calvin on the popular 1980s series “Magnum, P.I.,” passed away on Sunday at the age of 83, according to his daughter.

Following a serious vehicle accident on August 4 that left him paralysed from the shoulder down, Mosley reportedly passed away at Cedars-Sinai Medical Center in Los Angeles, California.

“He was surrounded by family as he transcended peacefully,” Ch-a Mosley said in a Facebook post. “We could never mourn such an amazing man.”

After the accident, Ch-a Mosley stated her father was in severe condition and struggled for his life. The actor’s daughter claimed that medical workers went above and beyond to take care of her father while his loved ones were present.

“This is a VERY hard time for us as we all know Roger to be a lion, the king of everywhere he brought himself. He is a legend, a trailblazer, a roll [sic] model, a friend to his communities,” Ch-a said. “He is my ‘Mr. Man.’”

Mosley was born on December 18, 1938, in Los Angeles. The actor attended Jordan High School while attending housing developments in Watts called Imperial Courts where he grew up.

His early 1970s acting career lasted till his retirement in 2010.

Tom Selleck and Mosley co-starred in more than 150 episodes of the eight-season television series “Magnum, P.I.” from 1980 to 1988. He came out of retirement in 2019 to play John Booky in two episodes of the revival of the beloved crime-adventure series from the 1980s.

Theodore “T.C.” Calvin, played by Mosley, was a former Marine who subsequently became a helicopter pilot. He joined Magnum’s staff and flew helicopter tours in Hawaii.

Despite the fact that he didn’t execute any of his own stunts while the show was being filmed, Mosley earned his licence as a helicopter pilot.

In addition, Mosley made numerous more TV shows, including “Love Boat,” “Starsky and Hutch,” “Sanford and Son,” and many more.

The 1976 movie “Leadbelly,” which was based on the biography of folk musician Huddie Ledbetter, stars Mosley. Mosley declared that portraying Ledbetter was his favourite element of the role in an interview with Ebony magazine from 1982.

Mosley would “HATE any crying done in his name,” according to his daughter.

She claimed that her father would surprise people doing good things with random acts of kindness.

She stated, “He has a little bag filled with Starbucks gift cards that he gives to people who’ve done good.”

He is survived by his three children and wife of nearly 60 years, Antoinette “Toni.”

“It is time to celebrate the legacy he left for us all,” Ch-a wrote. “I love you daddy. You loved me too. My heart is heavy but I am strong. I will care for mommy, your love of almost 60 years.”

“You raised me well and she is in good hands,” she added. “Rest easy.”