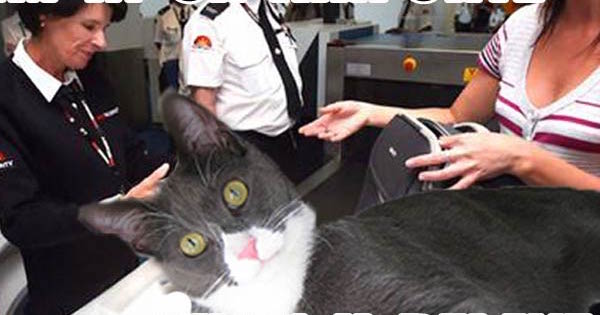 There was pandemonium at Los Angeles International Airport on Wednesday after a man put his cat through the X-ray machine. 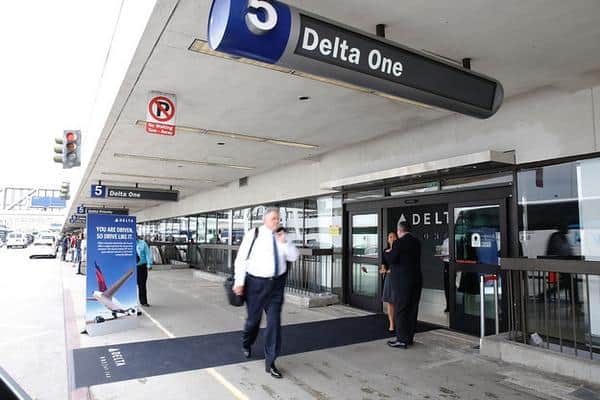 This is not an image of the actual cat, by the way.

A witness, Sara Benincasa, was quick to live-tweet the event.

HOLY SHIT. A dude just put his cat inside the X-Ray machine at LAX. The TSA is flipping the fuck out.

Standing in front of guy at TSA. I hand him a bin. I turn away and go through the scanner. I hear screams. HE PUT HIS CAT IN THE BIN.

It seems the animal-loving Transportation Security Administration (TSA) were pretty angry about it.

I have seen people pulled out of the TSA line for knives. Guns. I have never seen the rage of the TSA when dude just put his cat in the XRay

The TSA folks at Terminal 3 at LAX are animal lovers. They lost their shit when that dude put his cat through the scanner. RAGE.

There was also widespread outrage within the terminal, as reported by the comedic duo, the Sklar Brothers.

The amount of screaming that’s happening in the Jet Blue terminal at LAX is incredible right now and yet it feels completely appropriate.

They also managed to take a snap of the confused cat owner.

The ACTUAL guy who put his cat thru the xRay machine was on OUR plane. This is him. For the record he stowed his wife in the overhead compartment.

The gentleman seemed genuinely confused about the whole thing.

I actually felt bad for the guy who put the cat through the X-Ray, thereby inventing #XRayCat. I think he thought it was proper procedure.

“I just hope people know he made an innocent mistake and is probably an excellent owner. The cat appeared to be well-cared for and loved,” she said. No word whether the cat was able to travel with its owner.

Of course, there’s widespread concern for the feline’s welfare.

I mean what’s gonna happen to XRay Cat? Does he just die now or what? Maybe he is fine! #LAX

My thoughts and prayers are going to out to #xraycat . This might add 9 more lives and relinquish them. #fedorahatskill

@SaraJBenincasa I was worried enough to look it up; apparently the screening x-ray is about 1 mR, not enough to hurt. Guy’s still an idiot.

However, it seems that this sort of thing happens with alarming frequency.

@SaraJBenincasa I worked for TSA for a bit (yes it was the worst) and I stopped probably a half dozen people from doing exactly this.

@SaraJBenincasa I did this once!! I was very young/still drunk from the night before/transporting a kitten. He lived to be nearly 15.

I have now seen everything. A woman trying to put a live cat, no cage, through the xray thing at LAX security. Officers suddenly screaming!

@SaraJBenincasa Went to Google to see if it’s happened before & someone at LAX once tried to put a 1 month old baby through, he was fine

It’s safe to say that we can all learn one thing from this strange incident.

Well, we all learned a lot today. The chief lesson is this: don’t put your cat through an X-Ray scanner at the airport.