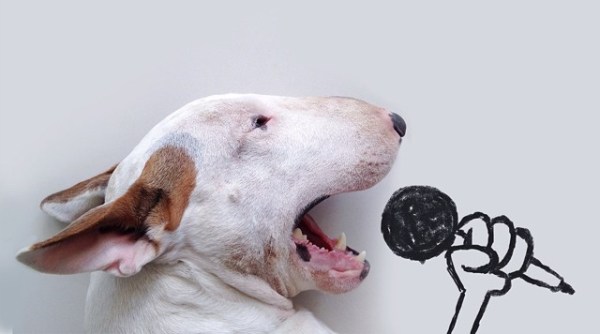 After Brazilian illustrator Rafael Mantesso and his wife had a divorce, she took all the furniture from their family home with her. Left only with only his dog and the bare white walls of his empty house, Mantesso decided it was about time he started painting and drawing again.

And that’s when he had a brilliant idea. Jimmy Choo, his bull terrier, would become the centerpeice of some hilarious illustrations. He spoke with Bored Panda about his new idea… 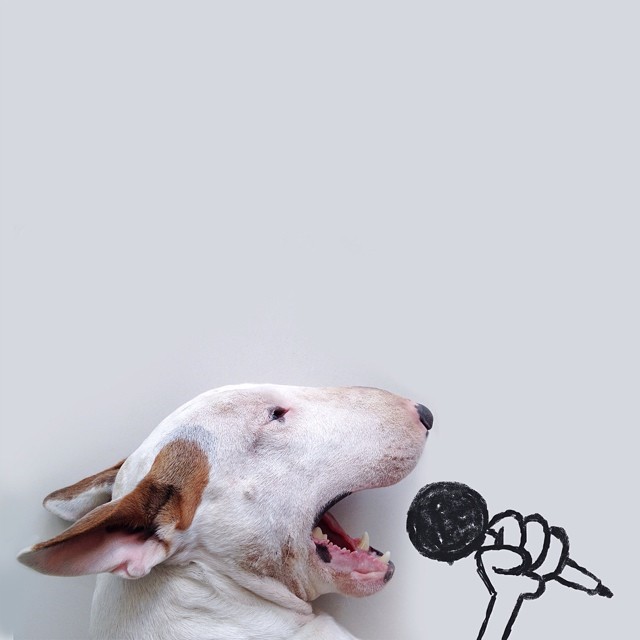 “Although it’s really messy when I’m photographing him, he obeys me,” Mantesso told Bored Panda. 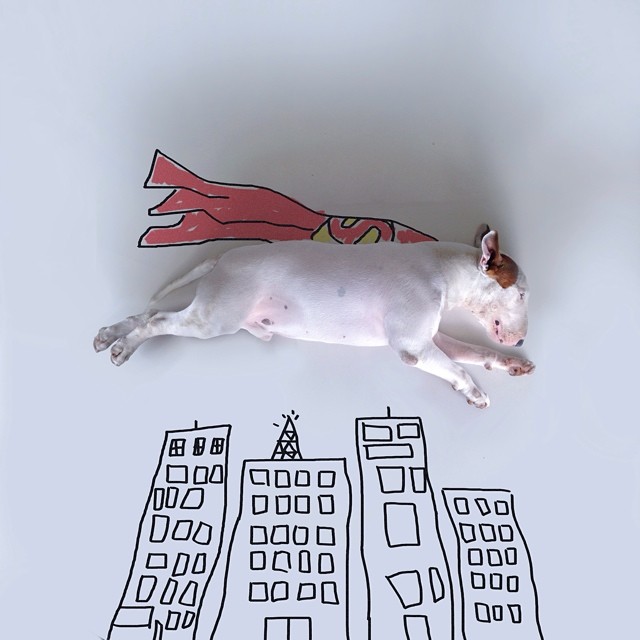 “I had just divorced my ex wife, who took all the furniture in the house and the house was completely empty and white. The only thing I had was Jimmy and an empty white house.” 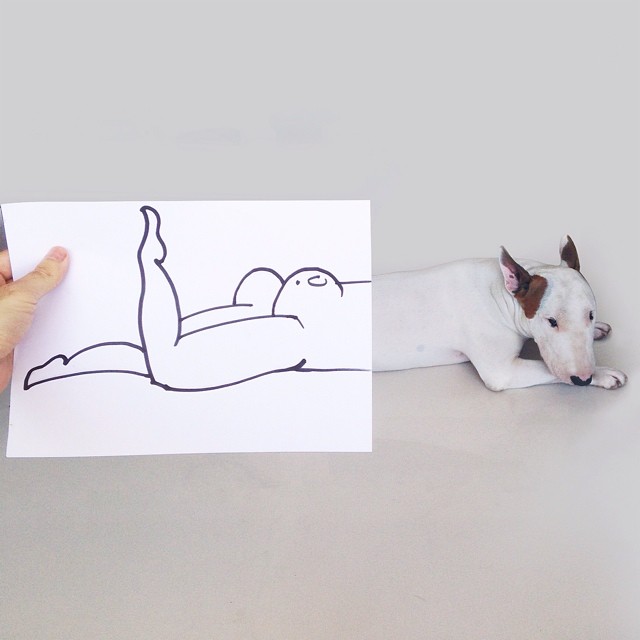 “I had a pitbull when he was younger and he died early. Then, I always dreamed of having a bull terrier.” 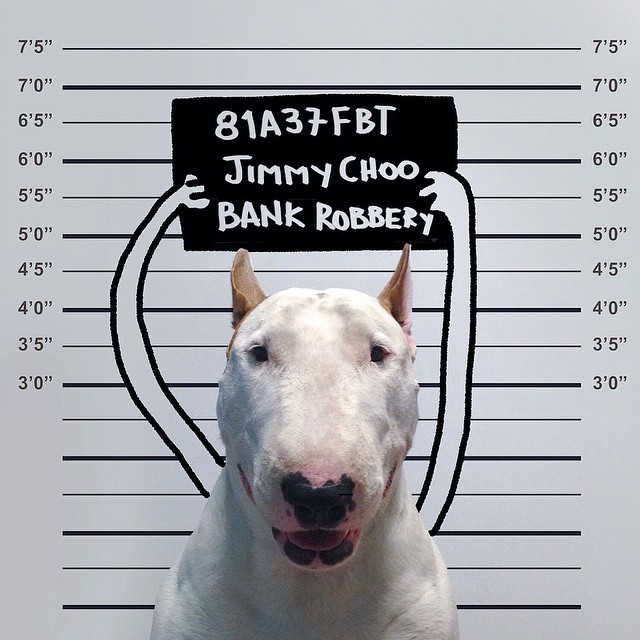 “I think they are an amazing breed – behavior, personality, the love they demonstrate to their owner, and especially their aesthetics.” 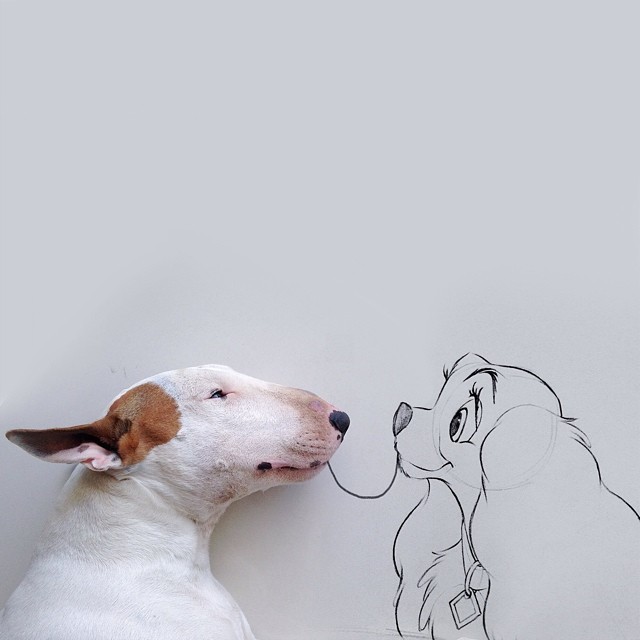 “He is definitely my best friend and companion. I hate it when people turn away or cross the street for fear of him – people think bull terriers and pit bull dogs are murderers and bloodthirsty.” 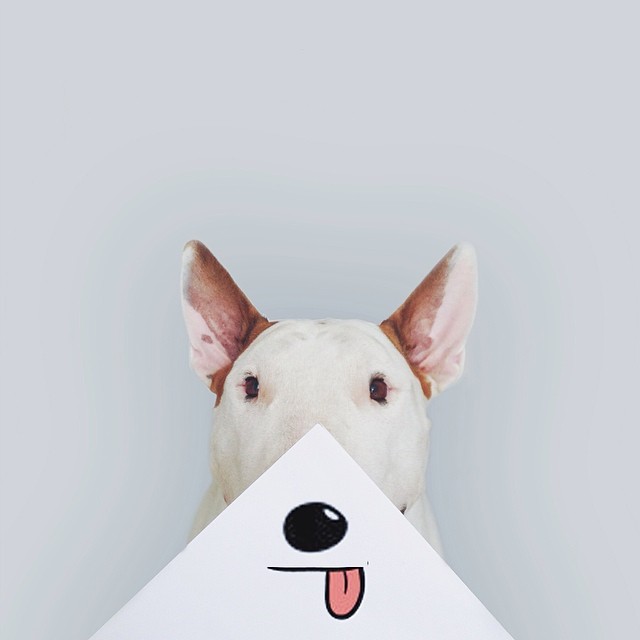 “I love to paint and draw, but recently I went back to do that. For now it is a hobby, draw, illustrate and paint using objects in my daily life. I already have some requests for screens, photos and am starting to think about making it work. We will see.” 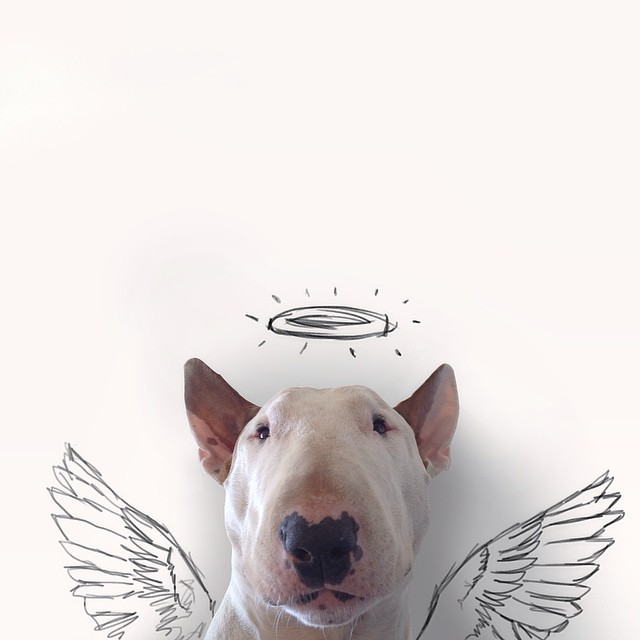 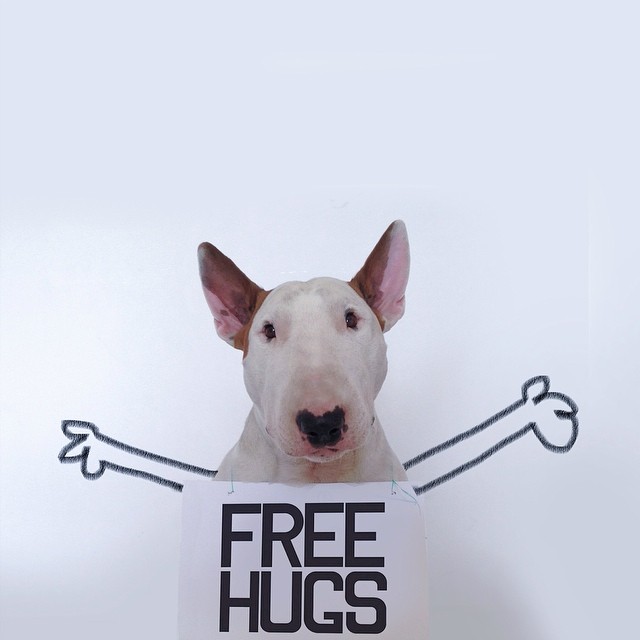 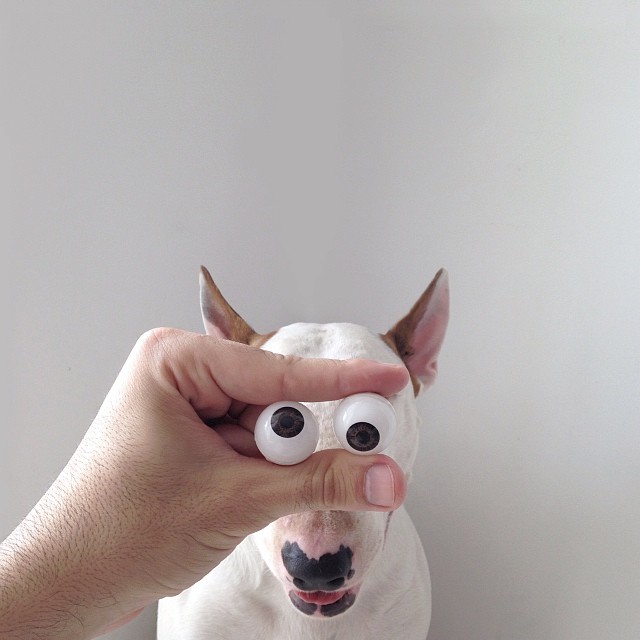 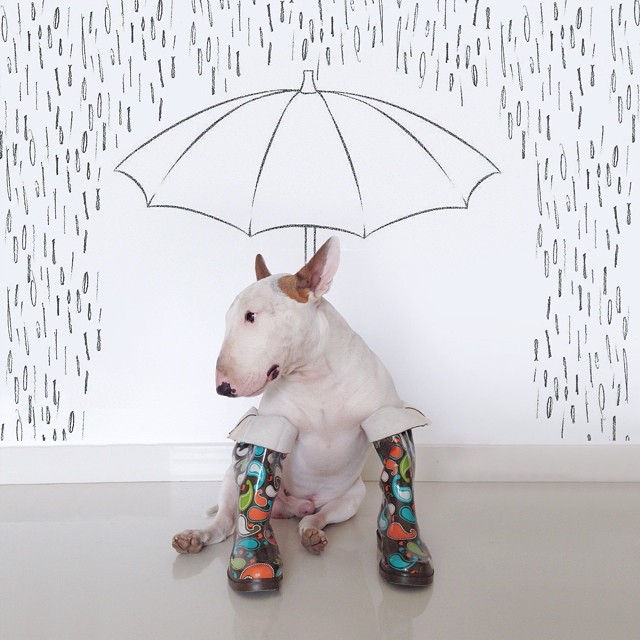 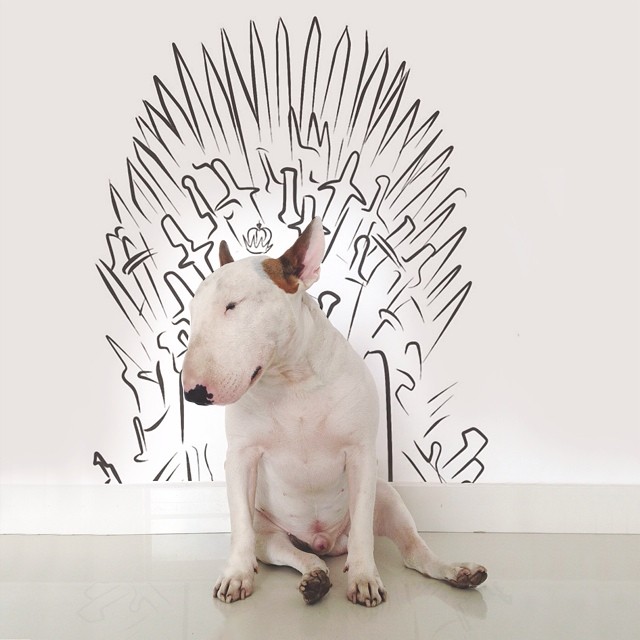 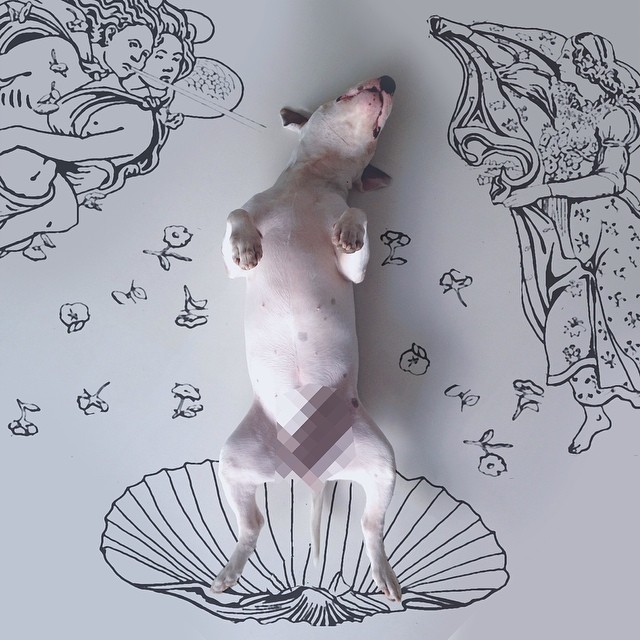 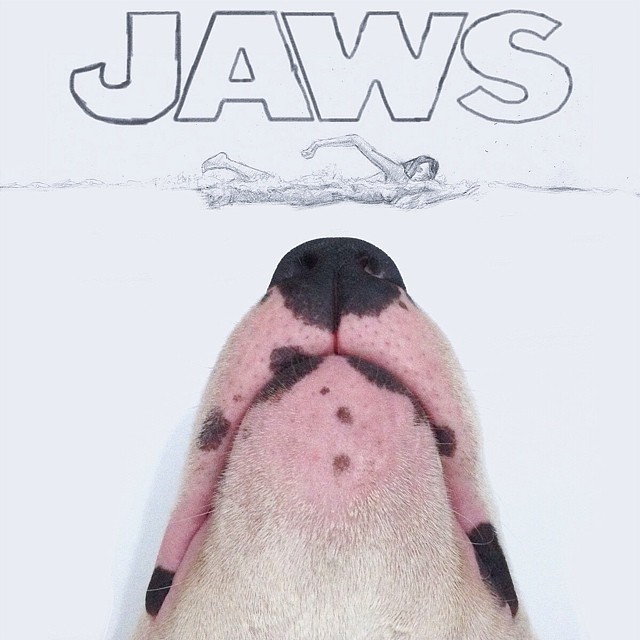 The touching image that started it all: 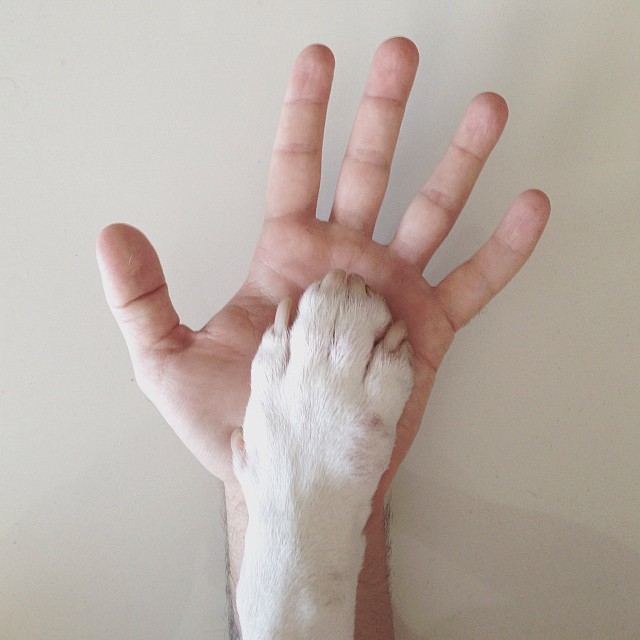 If you loved these pictures you can check out more of Mantesso’s work on Instagram.