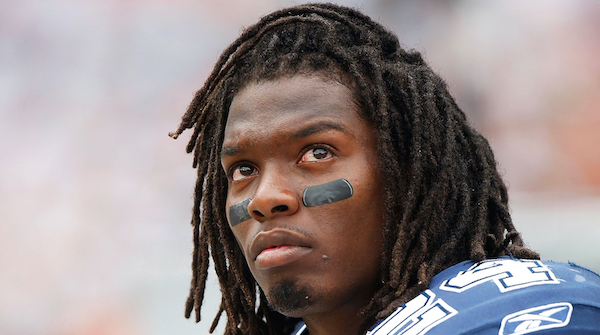 According to authorities, Marion Barber III, a former star for the Dallas Cowboys, passed away on Monday from heat stroke.

The Collin County Medical Examiner’s Office determined that Barber’s death was an “accident.”

Barber was discovered deceased by the Frisco Police Department in Texas on June 1, after going missing for 3 weeks. He was only 38 years old.

According to his lawyer Zoltan Papp, the former running back, who was selected by the Cowboys in the fourth round of the 2005 NFL Draft, had displayed no warning signs of trouble before his passing.

The full autopsy report states that Barber passed away after it looked that he had been working out in “sauna-like conditions” in his apartment, with the heat turned on and the thermostat set at 91 degrees.

According to investigators, Barber had a “history of exercising in sauna-like environments.” The investigation states that no signs of trauma, drug abuse, or “evidence of natural disease” were found in Barber’s body.