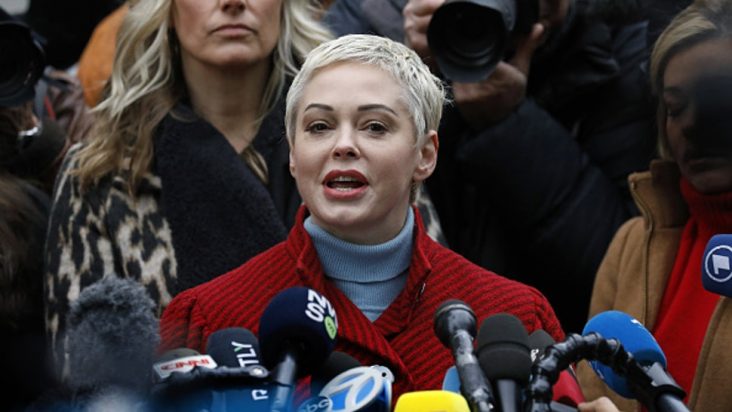 #MeToo Activist Rose McGowan Calls for Arrest of Bill Clinton and Prince Andrew for their connection to Jeffrey Epstein.

Following the arrest of Ghislaine Maxwell, former girlfriend of billionaire Jeffrey Epstein, activist Rose McGowan, is calling for the arrest of former President Bill Clinton and Prince Andrew, the Duke of York.

McGowan, who spearheaded the #MeToo movement, said Prince Andrew and Clinton should be arrested for their close relationship with the late Epstein who was trafficking underage girls to powerful businessmen and political figures around the globe.

Epstein was arrested in July 2019 for sex trafficking. Prosecutors alleged that the billionaire preyed on ‘dozens’ of victims as young as 14.  Reports said Ghislaine Maxwell was the accomplice who befriended the girls and helped Epstein get close to them.

Former president Bill Clinton is reportedly a frequent guest of Epstein on board his private plane. He was said to have flown with Epstein more than 20 times, and each time, there were underage girls onboard the plane.

Clinton, has of course, denied knowledge about the billionaire’s sexual crimes.

Prince Andrew, on the other hand, has been accused of having sex three times with a 17-year-old. The accuser, Virginia Roberts Giuffre said she was introduced to the prince by Epstein.

Epstein committed suicide inside a federal jail in Manhattan while awaiting trial on sex trafficking and conspiracy charges.

After hiding for three years, Maxwell has been arrested and indicted on multiple charges. Prosecutors say the charges carry a potential penalty of up to 35 years in prison. She is set to appear before the court later this week.