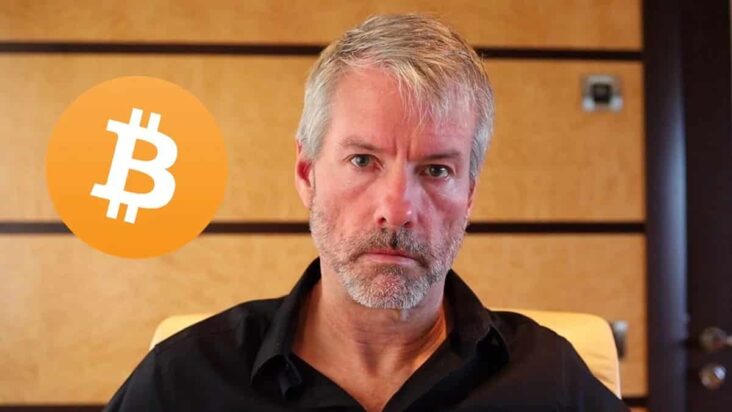 Michael Saylor is an American entrepreneur and business executive. He is the co-founder, chairman, and CEO of software company MicroStrategy. As of June 2022, his net worth was estimated to be $850 million – this is mostly tied to two assets: his ownership of MicroStrategy, and his Bitcoin holdings.

As of June 2022, Michael Saylor’s net worth was estimated to be $850 million. The majority of this is tied up in MicroStrategy shares and Bitcoin holdings, both of which experience high volatility. As such, his net worth is subject to dramatic upward and downward swings.

Saylor was born on February 4, 1965, in Lincoln, Nebraska, and spent his early years on numerous Air Force stations across the world, as his father was a chief master sergeant in the Air Force. Saylor’s family moved to Fairborn, Ohio, near the Wright-Patterson Air Force Base when he was 11 years old.

After high school, Saylor attended MIT on a full scholarship. He graduated in 1987 with a double major in aeronautics and astronautics, and science, technology, and society.

In 1989, Saylor and fellow MIT student Sanju Bansal co-founded the software company MicroStrategy. The company went public in 1998, and by the early 2000s, it was one of the largest enterprise intelligence software companies in the world.

Saylor has been CEO of MicroStrategy (MSTR) since its inception, and he currently owns 23.7% of the company’s shares. At the current share price, that values his MSTR holdings at roughly $450 million.

In August 2020, MicroStrategy made headlines when it announced that it had invested $250 million in Bitcoin, becoming one of the first publicly-traded companies to do so. The company has since continued to invest in Bitcoin, and as of June 2022, holds 129,218 BTC – currently worth approximately $2.8 billion.

In 2020, Saylor became a notable advocate for Bitcoin, purchasing $175 million worth of the cryptocurrency for his company. This move made MicroStrategy the first publicly-listed company to hold Bitcoin as a reserve asset.

Saylor has said that he believes Bitcoin will eventually replace gold as a store of value, and could even surpass the US dollar in importance. He has also compared buying Bitcoin to investing in early stage companies like Amazon and Google.

Based on his public disclosures, he personally holds 17,732 Bitcoins, currently worth approximately $400 million.

Following an examination of its accounting standards, the company declared on March 20, 2000 that it would restate its financial results for the previous two years. In what is known as the bursting of the dot-com bubble, its stock price, which had climbed from $7 per share to as high as $333 per share in a year, plunged $120 per share, or 62 percent, in a single day.

Saylor and other MicroStrategy executives were later charged with fraud by the SEC. The charges related to the company’s use of “accounting tricks” to inflate its reported earnings.

The case was eventually settled, with Saylor and the other executives agreeing to pay a total of $350,000 each and $10 million in total fines. No criminal charges were filed.