For Father’s Day 27-year-old Taylor McCauley knew exactly what his dad wanted, so he drove 17 hours to surprise him with the best gift ever.

Taylor returned home from the military after seven years of being away, and his dad’s reaction was priceless. 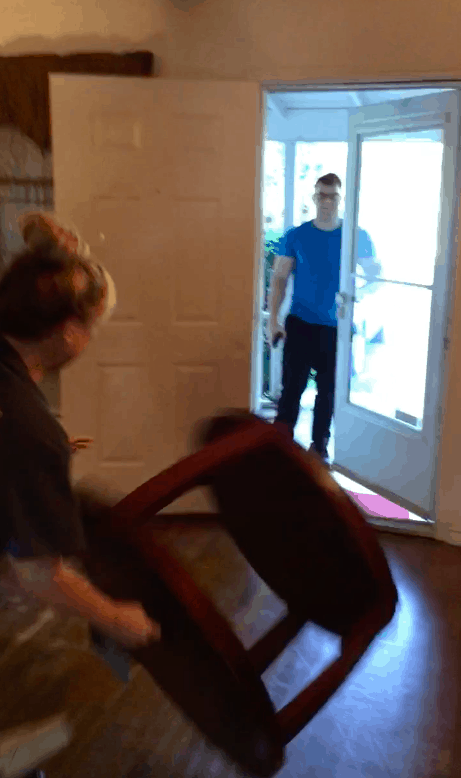 Robee, Taylor’s brother, said: “My brother came home the military and drove home 17 hours to surprise my dad for Father’s Day. My brother (the one in the video getting hugged) had made It seem like he was still in North Carolina.”

“So as he was reading the card that my brother wrote him. Like we planned I texted my brother to ‘now’ to come to the screen door. That was my cue to start filming.”

“The atmosphere was amazing. So much joy and excitement filled the room,” Robee said. 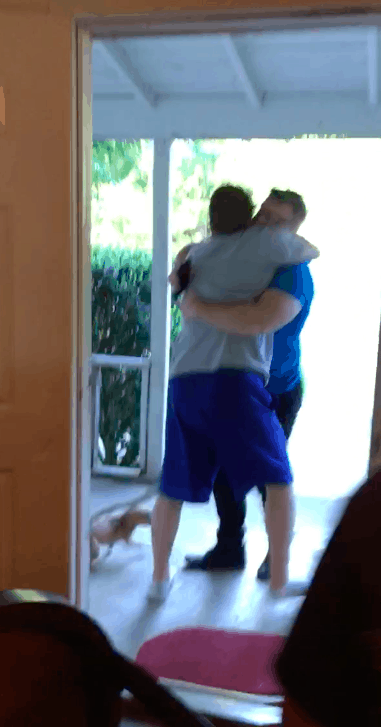 “My brother had been away for seven years, but would visit a couple times in between all those years. He had been overseas with the Marines as a rifleman.” Robee added.

Taylor said, “It was fathers day, so I knew it would be intense and on the way back I got a pretty heartfelt message from my dad. When I read it, I thought ‘oh man’, that’s why in the video he called me a son of a b—-.”

“I gave Robee a card to give to him, so the one he’s reading in the video is from me but he didn’t get the chance to read it on camera because I walked up to the door too quickly.”

Watch the emotional video below: