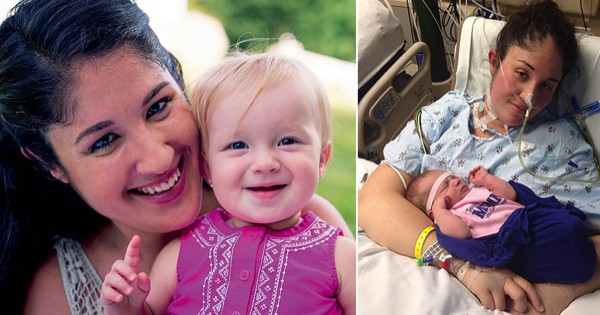 This is an extraordinary story of the powerful bond between mother and child. It all started a year ago when Shelly Cawley gave birth to her daughter Rylan.

However, events soon took a turn for the worse when Shelly’s emergency caesarean caused a blood clot to “break loose” and travel through her blood stream, causing her to go into a coma. 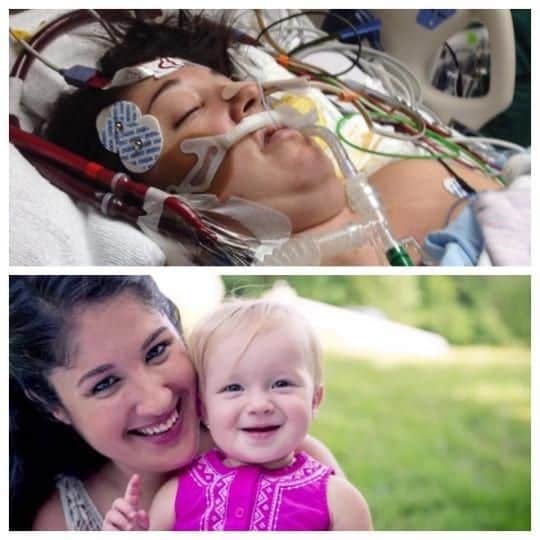 “The idea of going from the highest of emotions of having a child born… to the next moments where you think you’re going to be saying goodbye to your wife within four or five hours. I was numb,” Shelly’s husband Jeremy told Fox 46.

Doctors said that if Shelly wasn’t able to do something on her own they didn’t think they’d be able to keep her alive until the morning.

That’s when one of Shelly’s nurses, Ashley Manus, had an idea. “We knew skin to skin contact is very beneficial to an infant, so we thought, why not try it for a mom,” Manus told WCNC-TV. “Because the baby [was] already thriving; she was doing great.”

And then, a miracle happened. After hearing her daughter’s cries, Cawley soon returned to a stabilised state and woke up.

“Last year I was fighting for my life, and this year I have a one-year-old who is thriving, and I am back in nursing school doing what I love.”

As the night comes to a close, I reflect on my day and how different it was than at the same time a year ago. What a…