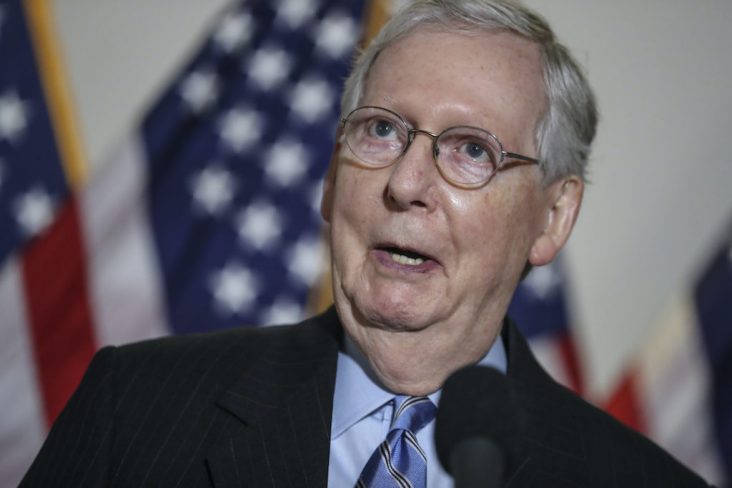 Mitch McConnell was unanimously re-elected Senate majority leader on Tuesday, continuing his reign as one of Washington’s most influential political figures.

The Republican Senator defied naysayers last week when he won his own race in Kentucky for the seventh time in a row, prevailing over Democratic opponent Amy McGrath, a military veteran who raised over $80 million.

Republicans under McConnell’s stewardship are poised to retain control of the Senate but will be facing two contested runoff elections in Georgia next year.

However, it’s still to be determined whether McConnell will keep his role as the Senate majority leader or concede it to Sen. Chuck Schumer as the final races for the U.S. Senate continues.

After defending several contested seats, including Sen. Susan Collins and Sen. Joni Ernst, the Senate is gridlocked at 48-48 with four races yet to be called, including the Georgia elections, which will determine who controls the U.S. Senate.

But, even if Republicans secure the final two races, they would still fall short of the 51 seats needed.

The math has become more challenging for McConnell because the vice president of the Republican party holding the White House casts the tie-breaking vote in the Senate, and next year, that would be Vice President-elect Kamala Harris. That means 50 seats for Democrats would control the chamber, but Republicans would need 51 seats to retain their power.

The stakes are high for both sides, with experts expecting over $500 million could be spent on the Georgia runoff elections in the weeks ahead.