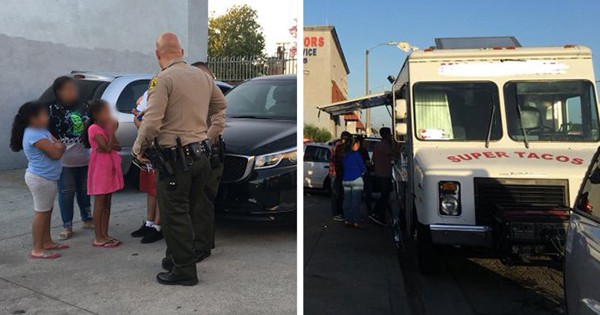 A mother, her husband, and four children stopped for dinner at a taco truck on Valley Boulevard in the City of Industry, California at 6:32 PM Sunday on their way home from a nearby waterpark. 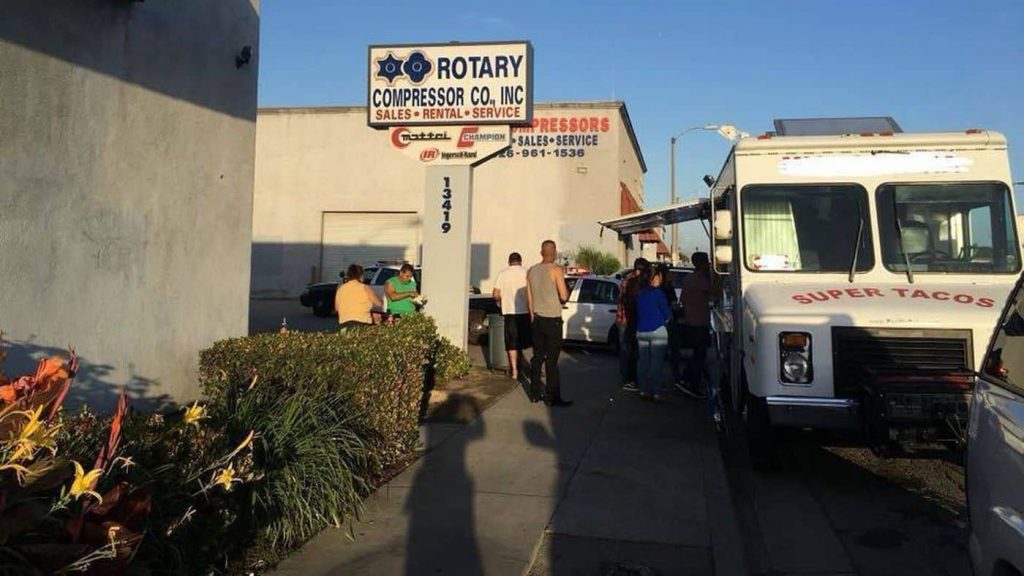 The family of six ate tacos in their parked minivan as a “dangerous stranger” on a bicycle approached their open vehicle. The man began to “intimidate and terrorize” them. The man showed the family that he had a firearm concealed in his waistband, flashed a badge and claimed to be an undercover police officer.

“A mother’s instinct immediately kicked in and she knew the stranger was not a cop and that he may harm her family,” a representative from the Los Angeles County Sheriff’s Department shared. “The mother instantly began to put together a plan in place to distance her husband, three daughters, and toddler who was still buckled in his car seat, inches away from the man with a gun.”

The man demanded the mother to hand over her purse. She then offered him one of her tacos and then excused herself, saying that she needed to get more napkins from the taco truck.

The fake cop didn’t stop her from leaving. When the mother got to the taco truck, she quietly and calmly explained the situation and asked the truck owner to call 911.

When she returned to her family’s van, deputies arrived “within minutes.”

Police said the man threw his gun into the family’s vehicle and attempted to get inside. Officers were able to quickly separate him from the family, and recover the firearm. 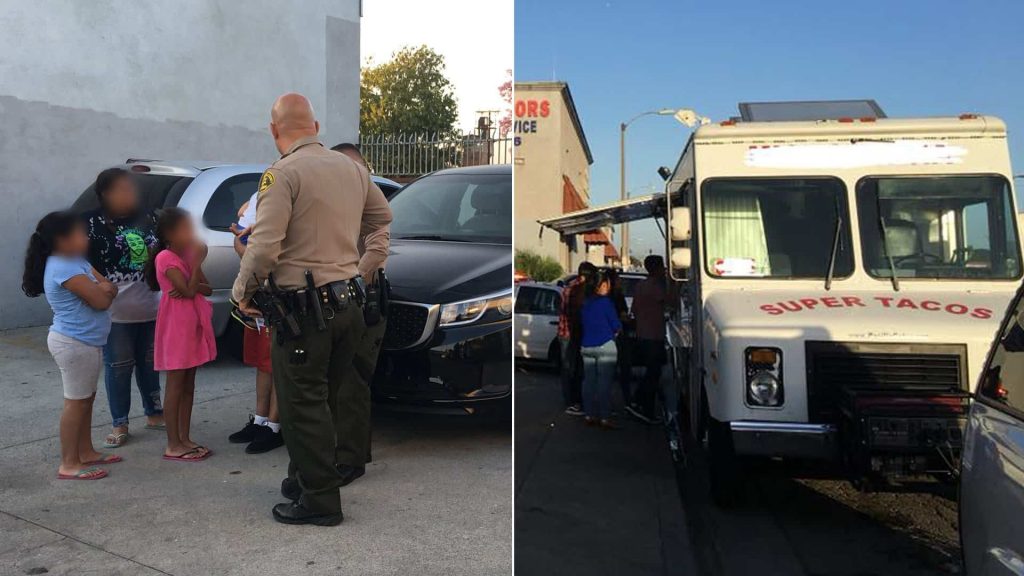 The fake cop was later identified as 38-year-old Juan Rodriguez. He has been placed under arrest and is facing felony charges of child endangerment, impersonating an officer of the peace, and a number of outstanding warrants. 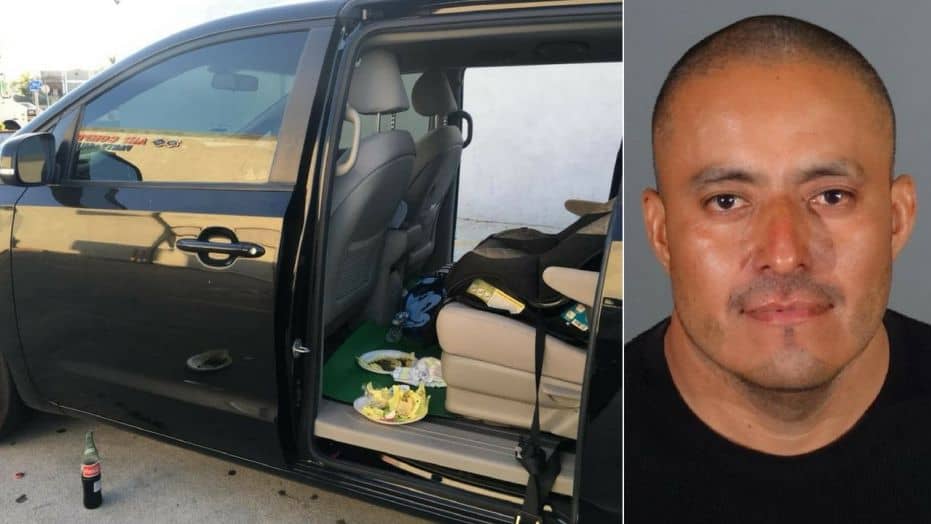 “We want to thank the community members who immediately called law enforcement to report the suspicious activity,” Los Angeles police said in a press release.

“We want to give a shout out to the brave mother whose momma bear instincts kicked in and she was able to deescalate the situation, plan a distraction and found a way to get deputies to her location immediately.”