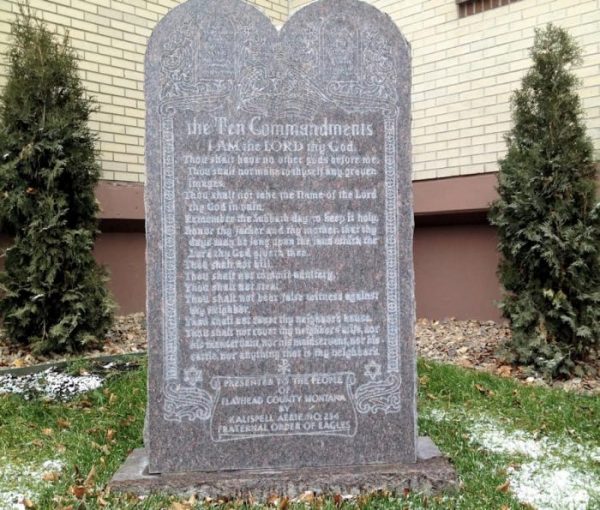 Police arrested Anthony Weimer on Saturday after he pulled down the Ten Commandments Monument in Montana.

Montana Police arrested a man on Saturday after he pulled down a Ten Commandments monument in Kalispell with a chain and a pickup truck.

Anthony Weimer of Columbia Falls was charged with felony criminal mischief following the incident in front of the Flathead County Courthouse.

Bystanders called the police after Weimer attached a chain to a pickup truck before pulling down the monument into the street. Police officers later recovered the truck and arrested the suspect.

Weimer did not issue a statement nor explained his reasons for the act of vandalism. Weimer is due to appear in court on Monday.

The Fraternal Order of the Eagles had given the Ten Commandments statue to Flathead County in 1950.