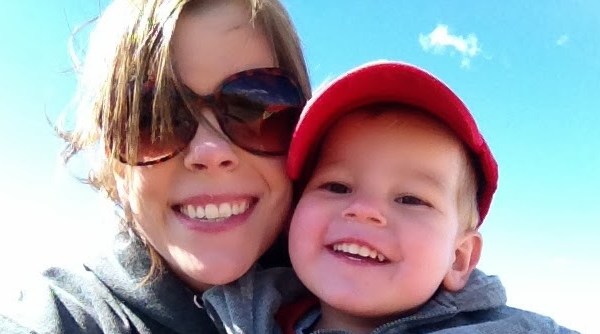 This is Stephanie Metz, a mother of two young boys in South Dakota. 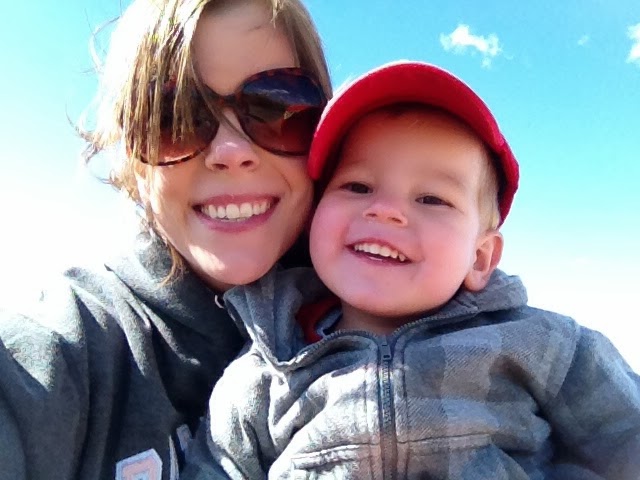 The following post was taken from her blog, and it has got a lot of people talking. Simply put, Metz is tired of how modern parenting is creating a society of children that can't do anything for themselves. What she has to say is definitely worth reading:

Why My Kids Are Not The Center Of My World

Wait, what did she say? Yeah, you read that right. This blog post is a bit of a rant and it's a bit all over the place. My kids are NOT the center of my world, and that's quite simply because they aren't the center of any world, anywhere.

If you're feeling adventurous today, feel free to read on. I'll forewarn you though, this post contains subject matter about which I feel very strongly. As are most emotionally heated issues – I suppose it's controversial. But hey, I feel how I feel and that's not going to be changed.

The emotions that sparked this blog post were given a little bit of a supercharge last evening. Hendrix was picking out what he wanted to take to school for Show & Tell. He chose a little Imaginext action figure – one that he's had for about two years now. With the action figure comes a little yellow object. For the two years that he's had this toy, that yellow object has always been a drill to him. He gathered the action figure, the mask that goes with him, and the yellow drill and proudly told me he'd chosen that for Show & Tell. Then, you could see him thinking. And he promptly changed his mind and said to me, “You know what, I better not take this. My teacher will probably think it's a gun, and then I'll get in trouble,” put the action figure back, and chose something else.

I often think about the world my boys will grow up in. I often get angry when I think about it. This particular situation just furthered those emotions for me.

In completely selfish terms, bringing my boys into this world was such a great decision – for me. They bring me so much joy, they fill my heart, they make me happy. But I often question whether or not it was the right decision for them. My boys are typical little boys. They love to play guns. They love to play good guy versus bad guy. They love to wrestle and be rowdy. That's the nature of little boys, as it has been since the beginning of time.

The mentality of our society in 2013 is nauseating to me, friends.

Many years ago, there was a time where young boys could run around with their toy guns, killing the bad guys. You could take the toy guns away from the little boys, and they'd find something else around them – a stick, their fingers, etc – and pretend it was a gun. Today, those little boys – if caught doing that – are labeled as threats, and immediate action is taken to remove that threat from the group.

There was a time – not too long ago – when bullying was defined as slamming someone up against a locker and stealing their lunch money. There was a time when kids got called names and got picked on, and they brushed it off and worked through it (ask me how I know this). Now, if Sally calls Susie a bitch (please excuse my language if that offends you), Susie's whole world crumbles around her, she contemplates suicide, and this society encourages her to feel like her world truly has ended, and she should feel entitled to a world-wide pity party. And Sally – phew! She should be jailed! She should be thrown in juvenile detention for acting like – gasp – a teenage girl acts.

Modern parenting and thinking makes me crazy. The young generations of today (yes, I sound old. I realize I'm only 29 years old.) are being taught that they shouldn't have to ever put up with anything doesn't make their hearts feel like rainbow colored unicorns are running around pooping skittles onto piles of marshmallows.

Modern parenting is creating a generation that's not going to be able to function in society.

Your child, who you cater to every need, who you shelter from all things “evil.” How will this child react when he or she grows into adulthood? “Debbie” graduates from high school and goes to college. She writes her first paper and meets with her professor about that paper and the professor tells her that it's junk and it will get a failing grade. How will Debbie cope with that if she's always been made to feel that no one should ever make her feel sad, or criticize anything she does?

“Donna” graduates from college and gets a job – you know, in the real world. She has to work on a committee to come up with a marketing plan. She shoots out an idea, and it gets immediately turned down. What is she to do? Go home and cry because no one liked her idea? Quit her job because she can't handle rejection?

Modern parents, who drop everything all the time to sit and play with the child, who “needs attention,” or drop what they're doing to help the child the second he or she gets frustrated? How is Joey going to deal with the fact that there won't be anyone in his adult life who's willing to stop what they're doing, stop living their busy lives, to cater to his every whim?

How do you think Billy is going to cope in the real world, when his boss gives him a vague task to complete, and offers no helpful information as to how to complete this task? Mr. Boss is certainly not going to hold Billy's hand and help him through the task. Mr. Boss expects it to be completed by Monday. How has Billy been prepared to use his critical thinking and problem solving skills to be able to complete that task? He hasn't.

I certainly hope that the title of this blog post is starting to make sense. Parents who make their children the center of their universe are not doing anyone any favors. Obviously, as parents, we love our children more than anything. But dropping everything to cater to their every need is only going to lead to a very rude awakening once they enter the real world.

I'm not telling anyone how to parent, and I'm far from perfect myself. But when my kids can't find something, I refuse to help them until they've at least made a concerted effort to find it themselves. This isn't being mean, it's teaching them to at least attempt to solve a problem themselves before just giving up and asking for help.

When the TV gets turned off after the allotted time on the weekends, my kids are instructed to go play together in their room. I love and miss them during the work week, but I am not just a mom, I'm also Matt's wife, I'm also Stephanie, and I also run our household. There are things I have to get done, and my boys understand that. My children – while Matt and I both spend time playing with them – understand that the world doesn't begin and end with them. This allows them to find ways to entertain themselves, it builds imagination, and it teaches them to get along with each other without constant intervention.

We follow the rules and don't take toy guns or weapons to daycare. But I'll be darned if my boys aren't allowed to be little boys when they're at home. They have several toy guns and it's constantly a good guy vs. bad guy battle in my house. I feel like this teaches them to do the things they want to do, while respecting other's rules and regulations. It also teaches them that there are differing opinions about things in this world and that's ok. We can like and believe in the things we want, while respecting that others may not agree with us.

My children are all but ignored when they ask for something without using manners. They understand that when someone addresses or speaks to them, they are to speak back. When we go out to eat, we don't take 5 electronic devices to keep them “entertained” for the 15 minutes we have to wait for our food. If Hendrix is “bored” (and I use that term loosely), then he can put on his jacket and go play outside.

Everyone parents differently, and I respect that. The current generation may be one that expects nothing less than everything from this world. But I know of two gentlemen that are going to be able to accept failure and move on having learned something from it.

I know of two gentleman who will be hurt emotionally, but who will be able to work through the hurt and carry on with life. I will cushion the emotional fall as much as a mom can, but I will not completely prevent it from happening. They will not expect whoever hurt them to be punished. Heck, I might even teach my children the power of forgiveness.

These two gentlemen will understand the value of hard work, and know that hard work is required to get where one wants to be in life.

They will, while understanding the need for caution, appreciate that not everyone out there is out to get them. Not everyone is out to do evil things.

These gentlemen will understand that there are about a gazillion people in this world. While they are incredibly special to me and my family, they are not special to the world. That probably sounds terrible, but people! It's the harsh truth, and it needs embraced!

I know that I can't change the mindset of modern parents. That's never been and never will be my goal. I just want to make sure that I raise my sons to grow into respectable men who can thrive and succeed, due to having been prepared to do so.

My kids are not the center of my world because I love them enough not to allow them to be.

Have a great weekend, friends.