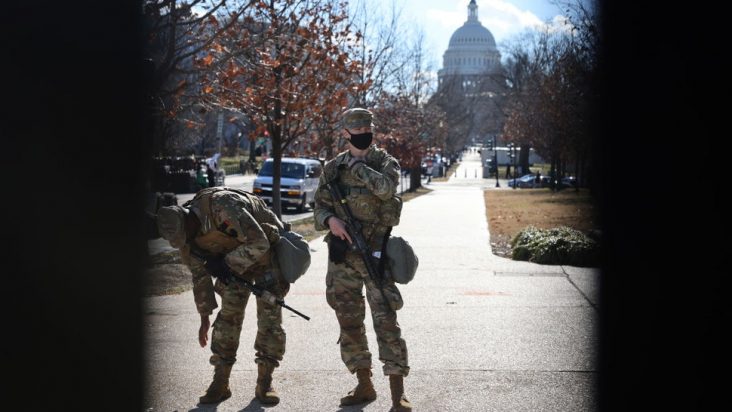 The presence of National Guard troops in Washington, D.C., will cost an additional $500 million if they are to remain into early spring.

The Hill reports that this estimate exceeds the $480 million Bloomberg projected Thursday, and does not include the costs incurred by the city.

Since the violent incident at the Capitol on January 6, over 25,000 guardsmen from all 50 states, as well as three U.S. territories and the District of Columbia, have been deployed at the Capitol. They have locked down the sensitive areas around the National Mall and large portions of downtown with police barricades as well as razor-topped fences.

Since the inauguration on January 20, the troops have been decreased to 7,000. However, reports said they are planning to keep 5,000 men until at least mid-March in response to a recent bulletin from the Department of Homeland Security  warning that threats remain high even after the inauguration.

“Information suggests that some ideologically-motivated violent extremists with objections to the exercise of governmental authority and the presidential transition, as well as other perceived grievances fueled by false narratives, could continue to mobilize to incite or commit violence,” the DHS bulletin said.

The dates to consider are former President Trump’s upcoming impeachment trial, which begins on Feb. 9.