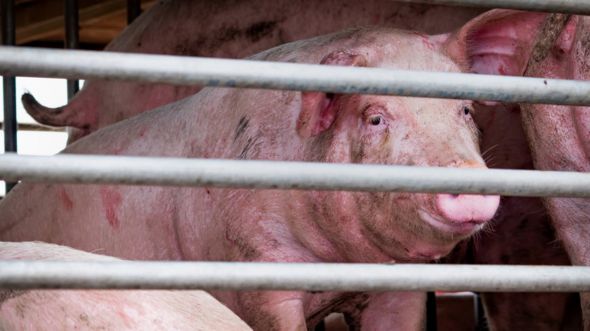 Scientists have discovered a new flu strain that can cause the next pandemic. It is carried by pigs but can be transferred to humans.

Scientists have discovered a new flu strain with the potential to cause the next pandemic. It is carried by pigs but can be transmitted to humans.

Researchers from Nottingham University in the UK, say the virus, called G4 EA H1N1 could mutate further and spread easily from person to person. Scientists said it could trigger another global outbreak.

Prof Kin-Chow Chang and his colleagues have been studying the virus. Recent infections in China were first discovered starting with people who worked in abattoirs and the swine industry. The virus can grow and multiply in the cells that line the human airways.

Since the virus is new, and people could have little or no immunity to it. For now, researchers assure the public that the virus is not an immediate problem. However, since it has “all the hallmarks” of being highly adapted to infect humans, its progress should be monitored closely.

The new flu strain that has been identified in China is similar to the 2009 swine flu, but with major differences.

The team published their study in the Proceedings of the National Academy of Sciences. They concluded that measures to control the virus in pigs must be swiftly implemented.

Prof James Wood, Head of the Department of Veterinary Medicine at the University of Cambridge, reiterated that humans are constantly at risk of new pathogens.

Farmed animals, he said, with which humans have greater contact than with wildlife, may act as the source for important pandemic viruses.