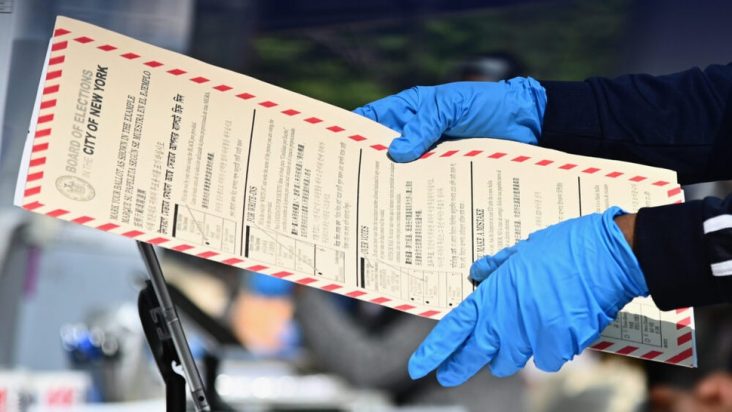 New York City voters have reportedly received mail-in ballots for the upcoming 2020 presidential election that were marked for military use despite the fact that they had not served in the military.

Other voters claim the mail was sent to the “wrong address” with “someone else’s name.”

Fox News reported, “Brooklyn voters have received ballots bearing someone else’s name and address on the accompanying return envelope, while residents of both Brooklyn and Queens received ballots incorrectly marked as military ballots, according to local reports.”

“There’s just mass confusion about these ballots and what people are supposed to do with them,” City Councilman Jimmy Van Bramer told the New York Post.

“The misprint makes it appear that the voters received a ‘Official Military Absentee Ballot’ instead of a ‘Military/Absentee Ballot,’ leaving several borough residents who received the documents worried that their votes might not be properly tallied.”

“Experts from both sides of the political aisle said the typo ultimately wouldn’t matter because the city Board of Elections uses the same ballots for both military voters and traditional absentee voters who live in the same district.”

Councilman Bramer adds, “This apparent typo just has everyone confused and believing these are invalid ballots,” he said. “It’s absolutely outrageous that when everyone is watching them, they still screw up the most basic thing, which is printing the ballot correctly. Did no one proof this?”

“Note: absentee ballots say ‘Official Absentee Military Ballot’ in the top corner. This is the correct ballot, even if you are not serving in the military. Typically, there is a slash between the words ‘Absentee / Military’ like on the primary ballots from this June. The slash was not included this time. Though confusing, these ballots are still valid.”

New York City Board of Elections Executive Director Michael Ryan explained that this was “an error made by the vendor, Phoenix Graphics, who has been contracted to print and mail the ballots for voters in Brooklyn and Queens.”

A spokesperson for the Board of Elections told NBC New York that they were “determining how many voters have been affected,” adding, “we can assure that the vendor will address this problem in future mailings, and make sure people who received erroneous envelopes receive new ones.”

The New York City Board of Elections wrote on Twitter: “If you received an absentee ballot with a wrong oath envelope due to an outside vendor error: -DM us -Email us [email protected] – Or call 1-866-VOTE-NYC.”