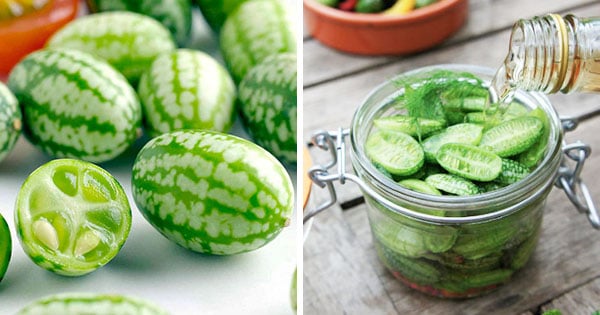 Check out these tiny grape-sized watermelons. 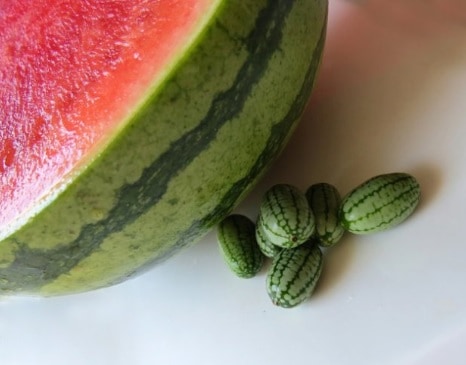 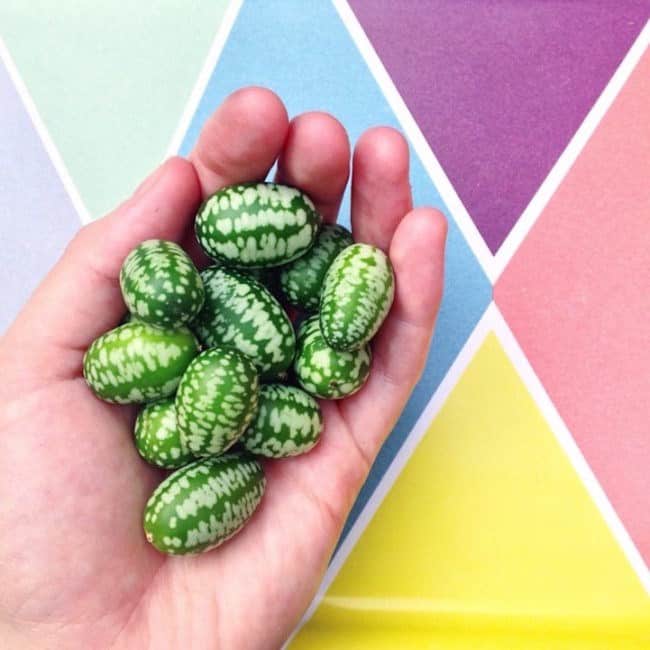 They’re called Cucamelons, or if you want to get down to specifics, Melothria Scabra. 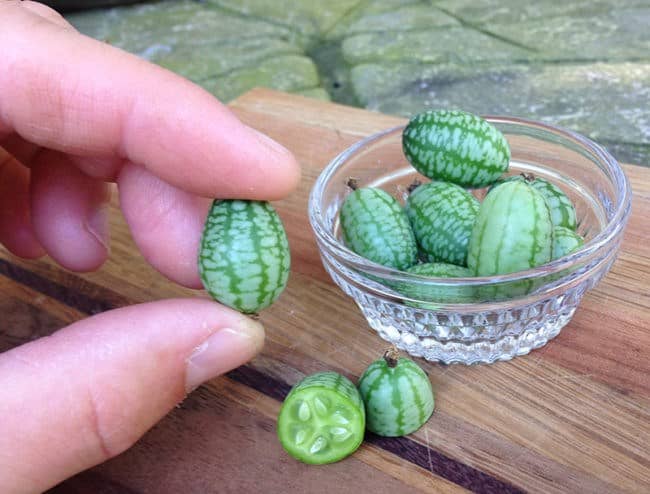 They’re native to Mexico and Central America where they call it “sandiita” which literally translates to ‘little watermelon.’ 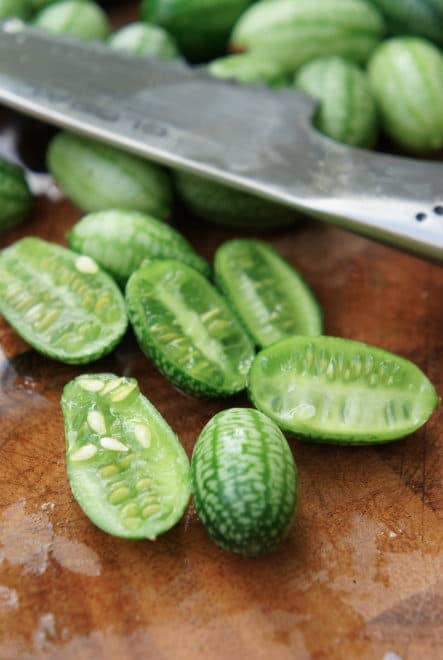 They’ve been a part of Mexican cuisine for centuries and taste like a sour cucumber. 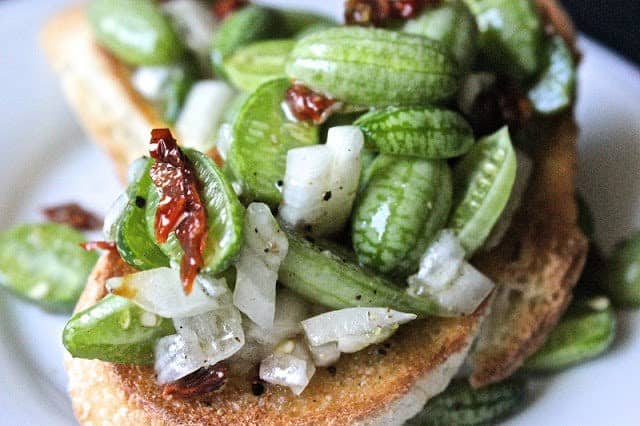 Thanks to its flavor profile, it’s earned the nicknames ‘Mexican sour gherkins’ and ‘mouse melon.’ 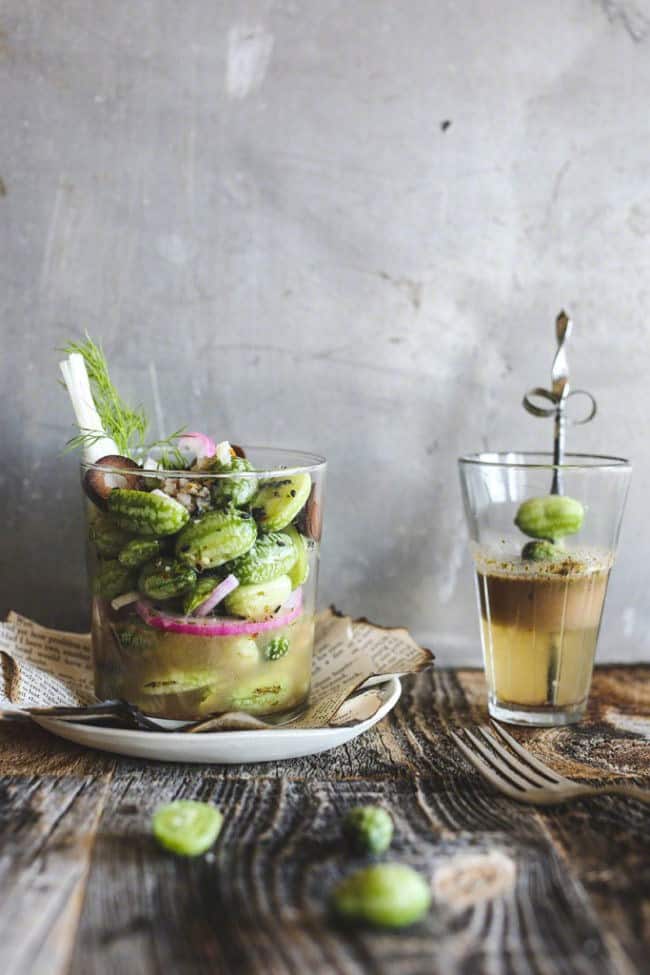 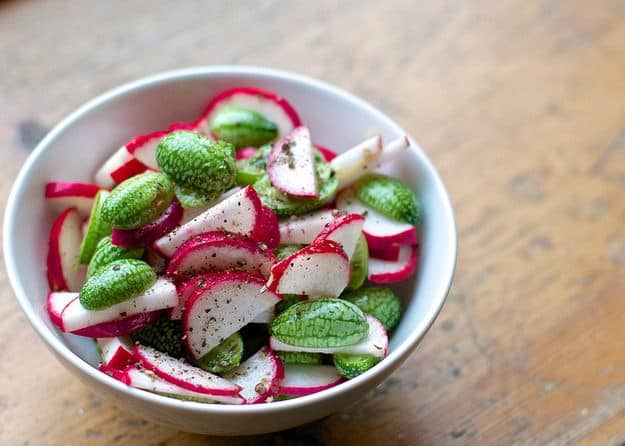 You can even use it to up your lemonade game. 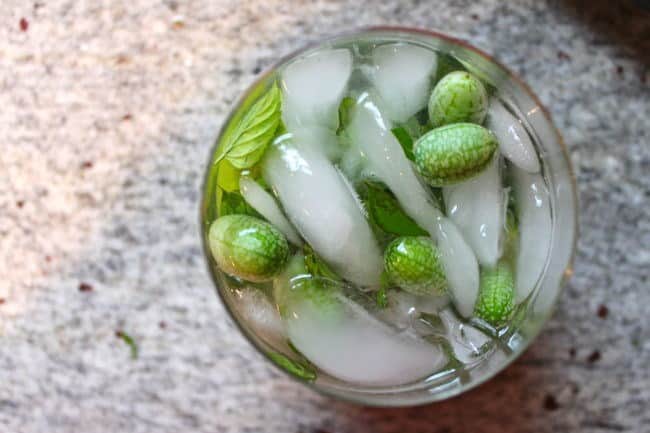 Cucamelons are usually found at farmers markets, or if you’re the DIY type, you can buy the seeds online. 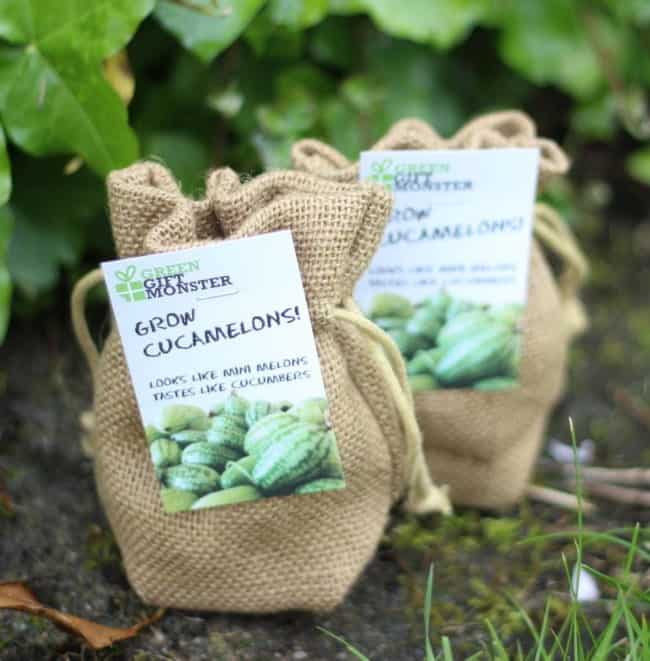 If you want to grow them though, be prepared for a ton of vines. 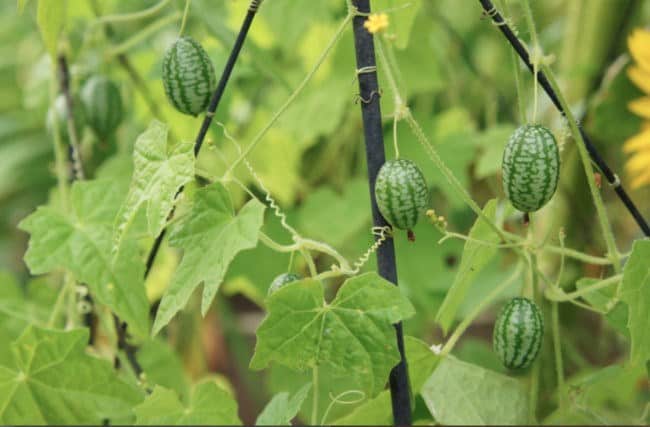 And a whole ton of deliciousness.