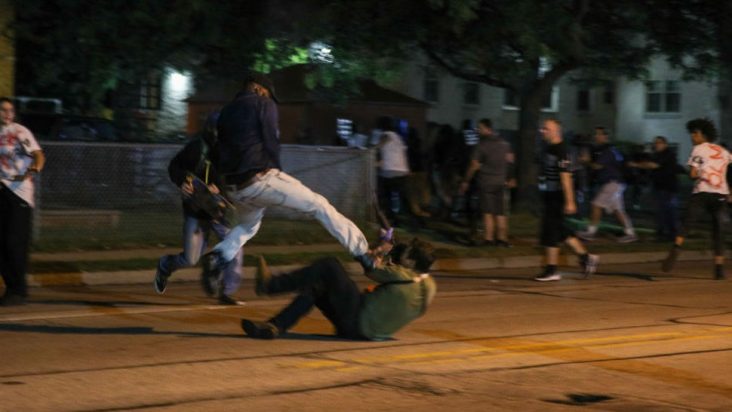 Over $2 million has been raised to fund the defense of Kyle Rittenhouse, a 17-year-old charged with killing two rioters during the Kenosha protests in Wisconsin last month.

As of Monday, GiveSendGo, a crowdfunding site, has accumulated over $523,000 for the teen.

#FightBack Foundation, which has been credited with helping the defense team raise significant funds for Rittenhouse, published an 11-minute documentary outlining the teen’s actions as self-defense.

Last month, Pierce Bainbridge, the law firm defending Rittenhouse, stated that the teen earlier in the day during the incident, he was cleaning up graffiti from rioters after signing off for work for the day.

He later “received information about a call for help from a local” car dealership owner who allegedly needed help to protect his properties, “including two nearby mechanic’s shops,” from rioters and looters.

Rittenhouse and a friend armed themselves and went to help the owner, the statement said, noting that their weapons intact “never crossed state lines.”

The statement also noted that Rittenhouse was on his way to the shop when several rioters accosted him, recognizing him as one of the individuals protecting the shops in the area. The teen tried to flee as he got chased by the “mob,” and “[u]pon the sound of a gunshot behind him, Kyle turned and was immediately faced with an attacker lunging towards him and reaching for his rifle. He reacted instantaneously and justifiably with his weapon to protect himself, firing and striking the attacker.”

“In fear for his life and concerned the crowd would either continue to shoot at him or even use his own weapon against him, Kyle had no choice but to fire multiple rounds towards his immediate attackers, striking two, including one armed attacker,” the law firm added.

Rittenhouse, his defense team emphasizes, was failed by those in power that left the rioting unchecked.

“A 17-year-old child should not have to take up arms in America to protect life and property. That is the job of state and local governments. However, those governments have failed, and law-abiding citizens have no choice but to protect their own communities as their forefathers did at Lexington and Concord in 1775,” the statement concluded.