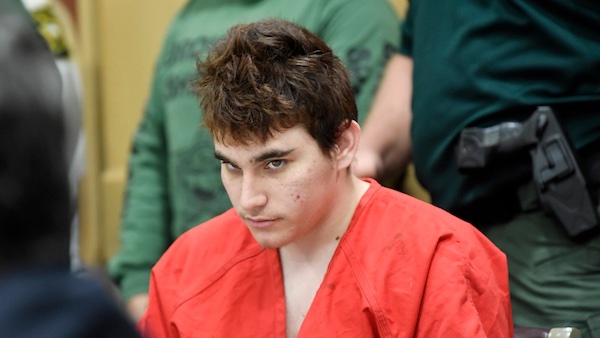 Monday will mark the start of the sentence hearing for the shooter who murdered 17 people at Marjory Stoneman Douglas High School in Parkland, Florida, more than four years ago.

Jurors must determine whether Nikolas Cruz, 23, will get a life sentence in prison or the death penalty following nearly three months of jury selection. He has already entered a guilty plea for all charges.

Cruz’s legal team is pushing for the only other sentence available—life in prison without the possibility of parole—while the prosecution is asking for the death penalty. Life sentences in Florida do not permit parole.

The trial, which is anticipated to last months, will feature testimony from witnesses and an assessment of the evidence by a jury of seven men and five women.

Cruz, 23, entered a guilty plea to 17 counts of first-degree murder and an additional 17 counts of attempted murder when he appeared in court last autumn. He apologised for his actions in front of the families of the victims.

“I am very sorry for what I did and I have to live with it every day,” he said. “And that if I would get a second chance, I would do everything in my power to try to help others.”

Michael Satz, the chief prosecutor, described Cruz’s acts on Valentine’s Day of 2018. After taking an Uber to the school, the former pupil, who had been expelled from Marjory Stoneman a year earlier, started shooting children with an AR-15-style rifle in the corridors and classrooms.

14 pupils, three members of staff, and 17 others were fatally wounded by him. He escaped the scene by blending in with escaping students and was apprehended near the scene.

Due to the coronavirus epidemic and requests from the counsel, the sentencing trial has seen numerous delays. Following a school massacre in May that left 19 kids and two teachers dead in Uvalde, Texas, Cruz’s defence attorneys last month asked for yet another delay. They claimed that the tragedy had sparked feelings that would unjustly affect the trial. The motion was denied by the judge.

A wave of activism for gun control has emerged in response to the tragedy.

The minimum age to purchase long firearms, like as rifles, was raised to 21 in Florida a month after the shooting. Cruz had lawfully acquired the AR-15-style firearm he used in the slaughter when he was 19 years old. The bill also increased money for school security and gave police the authority to take the weapons of anyone they believed to be a threat to himself or others.

Law enforcement officials claim that since the law’s enactment, Florida has issued more than 8,000 red flag orders to seize firearms in the last four years.

The defence is anticipated to make the claim that the shooter was mentally ill. The evidence may include electroencephalogram tests and other types of brain scans, according to Stephen Harper, a seasoned public defence who focuses on cases involving the death penalty in Florida. Harper previously told NPR that this was a possibility.

“His mother was apparently an alcoholic and a drug abuser,” Harper said. “And in utero, he would have been exposed to very serious things that could have affected clearly his mental capacity. So those things are very relevant.”

The premeditated character of the killings, according to legal experts, would present a difficult challenge for the defence.

The shooter talked of his plans to kill people, his “lone life,” and his hatred for “everyone and everything” in a video that was captured prior to the massacre and later released.

Students’ heartbreaking footage of some of their classmates’ last moments as well as eyewitness accounts from survivors will be played for the jury.