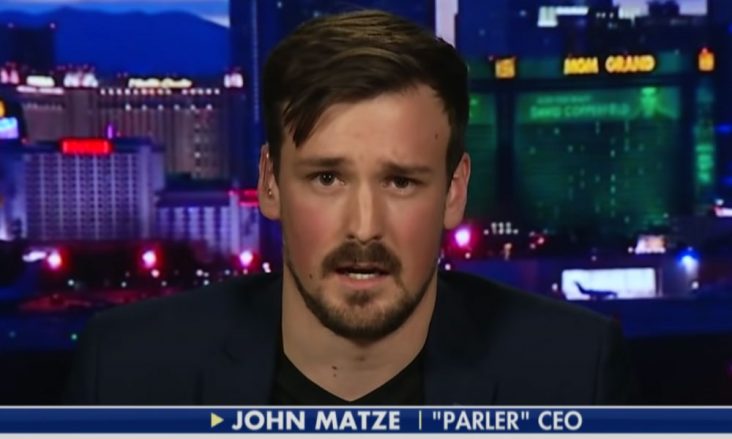 Parler CEO John Matze said that his social media platform has been dropped by virtually all of its business alliances
Pulptastic is reader supported. Just FYI, we may collect a share of sales or other compensation from the links on this page if you decide to shop from them. As an Amazon Associate we earn from qualifying purchases.

Parler has reportedly gone offline on Monday after Amazon kicked the site off its hosting service.
On Monday morning, at 3am EST, reports said Parler was taken offline after Amazon pulled support, claiming the site was allowing “threats of violence” in the wake of a deadly riot at the US Capitol.

On Sunday, Parler CEO John Matze said the social media platform has been dropped by all of its business alliances after Amazon, Apple and Google ended their agreements one after the other.

Speaking on Fox News, Matze said, “Every vendor from text message services to email providers to our lawyers all ditched us too on the same day.”

He noted that the bans could put the company out of business and stressed that this is still  a free speech issue. Matze called it “an assault on everybody.”

He explained,, “They all work together to make sure at the same time we would lose access to not only our apps, but they’re actually shutting all of our servers off tonight, off the internet. They made an attempt to not only kill the app, but to actually destroy the entire company. And it’s not just these three companies. Every vendor from text message services to email providers to our lawyers all ditched us too on the same day.”

Earlier, Amazon dropped Parler from its servers, along with Apple and Google. The companies said the decision stemmed from the potential of spreading violent content on the site.

Matze noted however, that Parler is being unfairly targeted. “They’re trying to falsely claim that we’re somehow responsible for the events that occurred on the 6th.”

“It would put anybody out of business,” he said of the tech bans. “This thing could destroy anybody.”

Matze noted, “We’re going to try our best to get back online as quickly as possible. But we’re having a lot of trouble because every vendor we talk to says they won’t work with us. Because if Apple doesn’t approve and Google doesn’t approve, they won’t.”