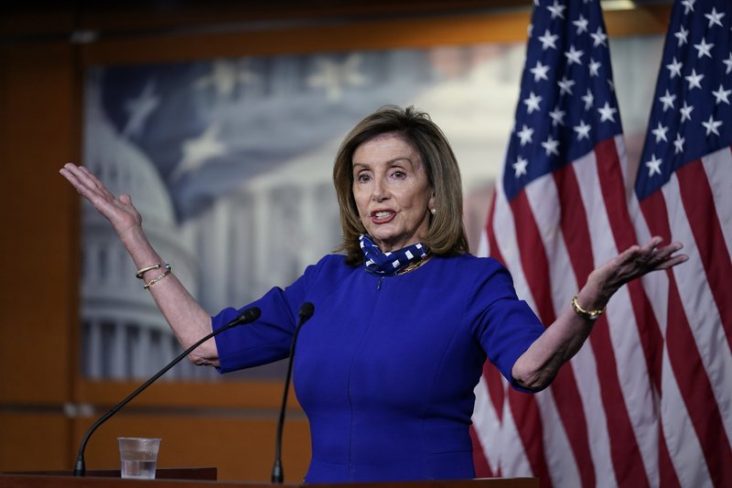 Pelosi’s spokesperson, Drew Hammill, however insisted that the politician complied with the guidelines given to her by eSalon.

Hammill said in a statement, “The Speaker always wears a mask and complies with local COVID requirements. This business offered for the Speaker to come in on Monday and told her they were allowed by the city to have one customer at a time in the business. The Speaker complied with the rules as presented to her by this establishment,”

Video footage showed Pelosi wore her mask around her neck rather than on her face. The stylist who followed her inside was wearing her mask correctly.

The salon owner explained that she rents chairs to stylists. One of her clients mentioned to her in advance that the speaker was coming in for a wash and a blow dry.

The owner said she considered Pelosi coming in and getting her hair done “a slap in the face” to business owners who have been forced to close.

Conservatives were quick to call Pelosi a hypocrite for the special service.

“Speaker Pelosi has pushed policies that would keep our economy closed and our small businesses shut down. But for herself? A salon visit whenever she pleases,” the account tweeted, adding: “A ‘slap in the face’ indeed.”