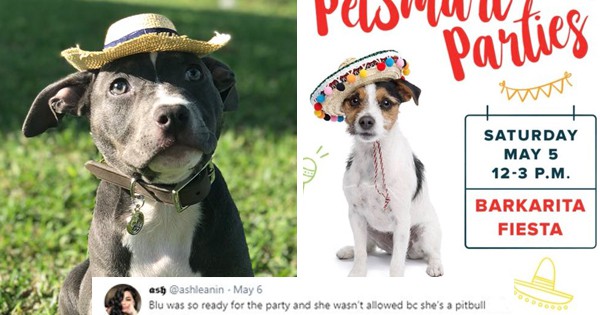 This adorable pitbull is 9-week-old Blu.

A few days ago she and her owner, Ashley Yanez, went to a PetSmart in Houston, Texas for a ‘Barkarita Fiesta.’ 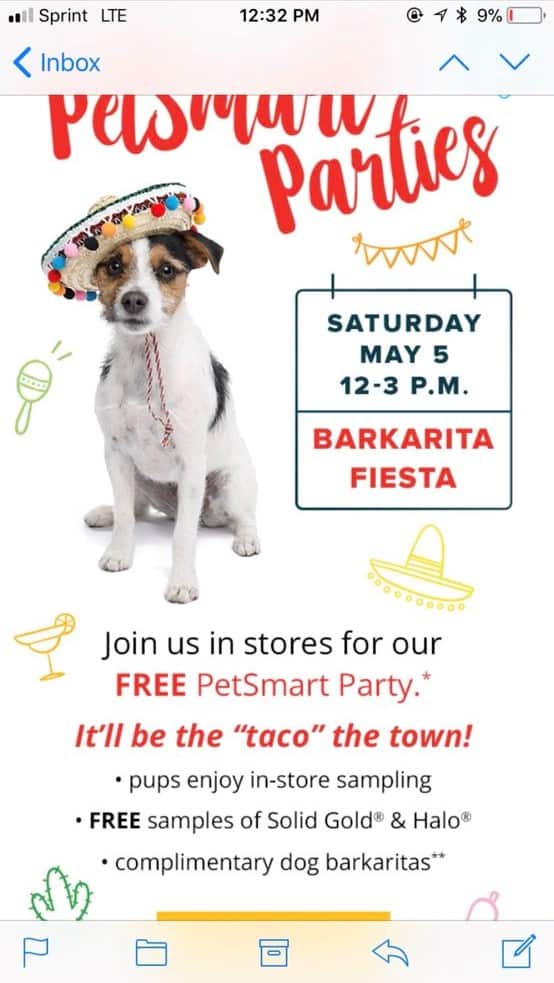 Blu was all set to attend the party but when they arrived, they were denied entry.

PetSmart told Ashley that Blu wasn’t allowed in because she was a pitbull, a “bully breed.”

Blu was so ready for the party and she wasn’t allowed bc she’s a pitbull fuck petsmart pic.twitter.com/XWkjyz8GNt

Ashley posted about it on Twitter where thousands sent in their replies.

Some expressed their anger and disappointment with PetSmart, while some responded with photos of their own pitbulls.

since a lot of people seem to think bully breeds are vicious and aggressive they aren’t. this is kai and she is one of the sweetest dogs i’ve ever had in my life. pic.twitter.com/RTOBE2ygVY

Jefe said she a cutie pic.twitter.com/9ywybIyHqr

Tell Blu she can come play with Ro any time❤️ pic.twitter.com/1b11gvk08X

PetSmart found out about the mishap and reached out to Ashley. They apologized for the confusion and even sent a party package to make it up to Blu.

Hi Ash. All breeds, including pit bulls, are invited to our events and welcome in our stores. We’re so sorry for the confusion, and we’ll be sending you a party package to help make it up to you and Blu.

“I think this is an issue that needed to be brought up a long time ago,” Ashley shared.

Mom wanted her nails to match mine ♥️

“I’m so shocked, but so happy that Pitbull awareness is being brought to our attention. Pitbulls are dogs too and need to socialize to have a healthy lifestyle.”

blu in the cup holder 😭😇

“Petco lets Pitbulls socialize with other breeds so that’s where I’ll be taking her now.”

Blu wants to say thank you to everyone being so nice and sweet♥️ we took her to Petco (where pitbulls can play with other dogs) and got her a big bone 🍖 pic.twitter.com/7x7aXuOaOO