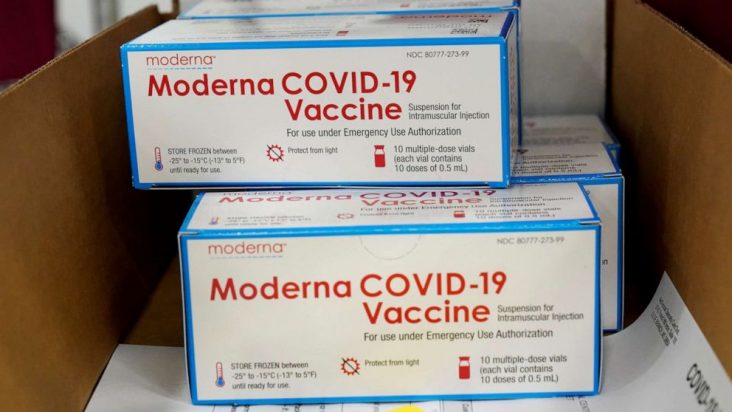 More doses from Pfizer and Moderna would lessen the country’s reliance on getting additional vaccines on the market from other manufacturers.

The Pfizer and Moderna vaccines are safe and effective in pregnant women, and those women can pass protective antibodies to their newborns, based on a new study.

Researchers studied a group of 131 reproductive-age women who received the Pfizer or Moderna vaccine, including 84 pregnant, 31 lactating, and 16 non-pregnant women, discovering that antibody levels were similar in all three groups.

“That’s a very important piece of information to our patients,” said Dr. Andrea Edlow, a co-author of the study, which was published in the American Journal of Obstetrics & Gynecology on Thursday.

“We know that this vaccine works for you.”

The study also found no significant difference in vaccine side effects between pregnant and non-pregnant study participants.

Vaccine-generated antibodies were present in all of the umbilical cord and breast milk samples tested, suggesting that pregnant and lactating women can pass COVID-19 protection to their babies.

“That is the most comforting piece of information that’s out there,” said Galit Alter, study author and professor of medicine at the Ragon Institute.

The antibodies that researchers found in the mother’s blood were known as neutralizing, meaning they could kill SARS-CoV-2 in laboratory tests.

Still, more research needs to be done to determine whether infants have robust immunity after receiving antibodies from their vaccinated mothers.