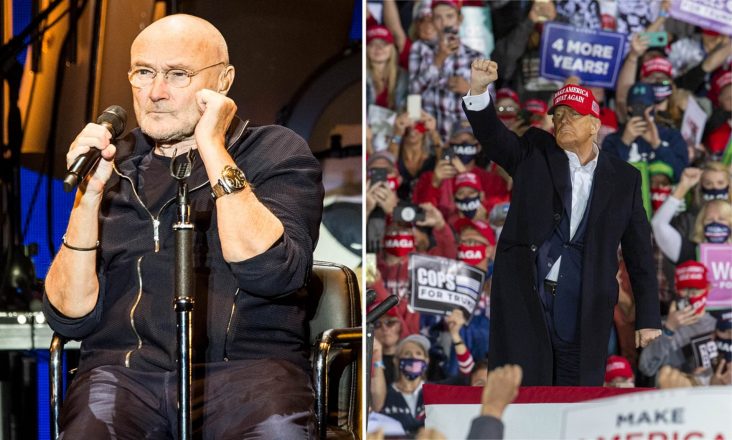 Trump’s campaign used Collins’ hit song at the President’s Des Moines rally earlier this month and several others since then — and the drummer/singer is not happy about that.

Collins’ legal team sent a cease and desist letter to Trump’s campaign, claiming their song choice makes it seem like Collins endorses Trump — which he doesn’t.

In the letter, Collins says he doesn’t want any affiliation with President Trump nor his campaign and rips Trump for seemingly making light of the COVID-19 pandemic with the song choice.

Collins says he doesn’t condone trivializing COVID-19 and says he’s worried the President will stain his reputation if he keeps playing his songs at his rallies, The Daily Mail reported.

He also claims that the President pulled the same stunt back in June at the Tulsa rally and didn’t respond to an earlier cease and desist letter.

Collins and his legal team demand an assurance from Trump and his campaign that they’ll refrain from using his songs off his playlists for future rallies.