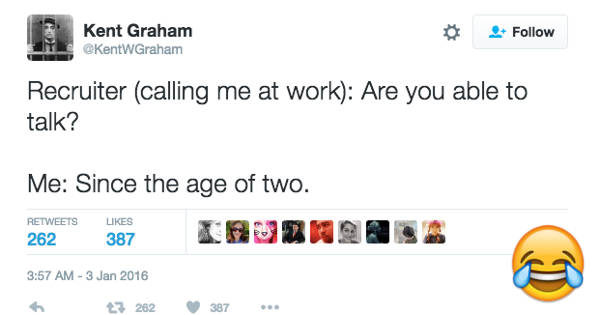 cw: no, I mean what are you having?

me: an unwanted conversation

Adorable idea. Colleagues have been writing names on their food in the office fridge. I am currently eating a yoghurt called Debbie

You know who else brings their kids into work to meet all their coworkers?

Recruiter (calling me at work): Are you able to talk?

Me: Since the age of two.

my boss: [whispering into my coffin] "you haven't submitted your timesheet"

The problem with teaching a man to fish is that eventually somebody will microwave that fish in the work break room.

My signature move is asking a co-worker wearing a suit on dress down Fridays, "how did the job interview go?" in front of everyone.

Don't you just hate it when you arrive at work and realise you've forgotten to bring your will to live?

You can sit idle for days in your office but the moment you ask for a half day leave you become the strategically most important employee.

How my appraisal went this year. pic.twitter.com/iSbrba3ZUL

I told all my colleagues at work that I have a twin so that when I see them in public I don't have to talk to them.

Coworker: Do you ever think about work at home?

Me: I don't even think about work at work.

Please ignore this tweet, I'm pretending to be adding a coworker's phone number.

When you leave office early and hope nobody sees you.. https://t.co/TQ7ZrqII68