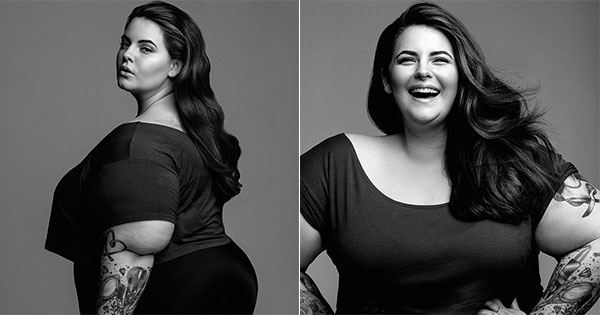 Meet plus-sized model Tess Holliday. She’s a US size 22 (UK size 26) but has pushed her way into an industry notorious for its taste for size zero models.

Her stunning portraits have attracted a massive following on social media and have helped redefine pervading standards of beauty. 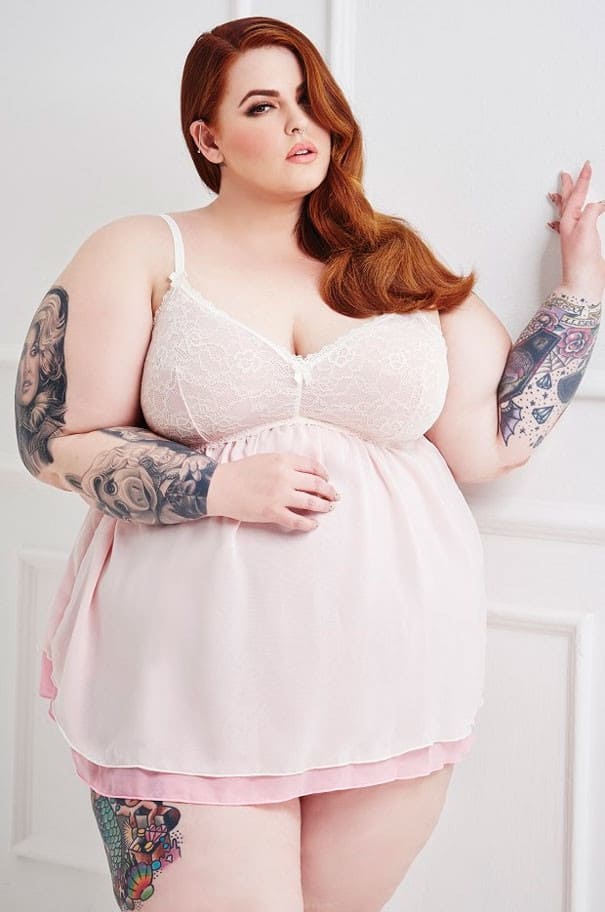 Holliday has recently gone from being an internet star into a bona fide supermodel in her first agency photo shoot. The 29-year-old has signed up with MiLK, a modeling agency based in London, UK, and the results of her debut shoot are breathtaking. 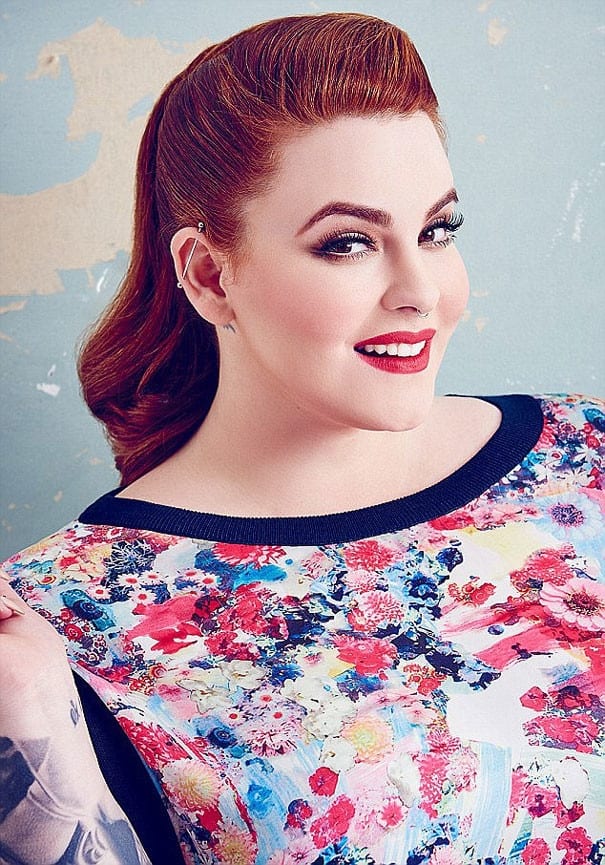 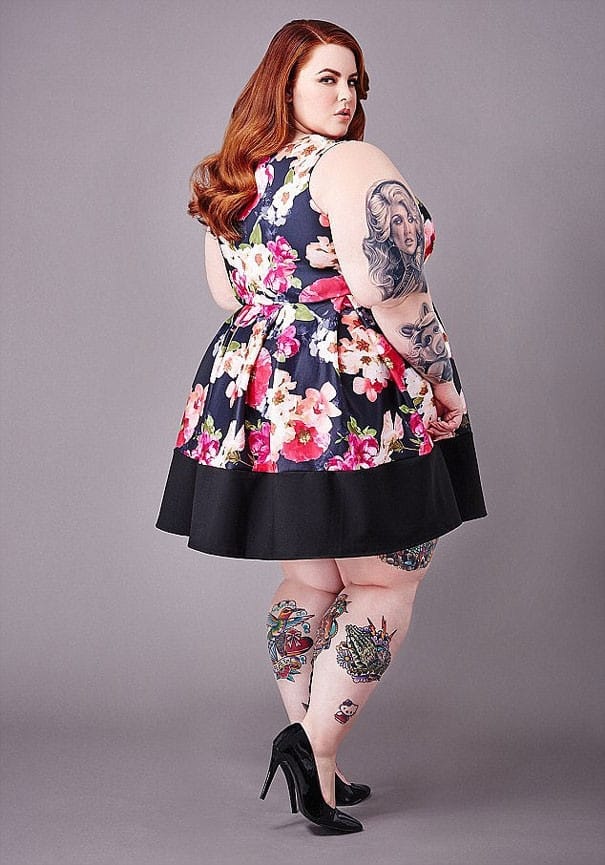 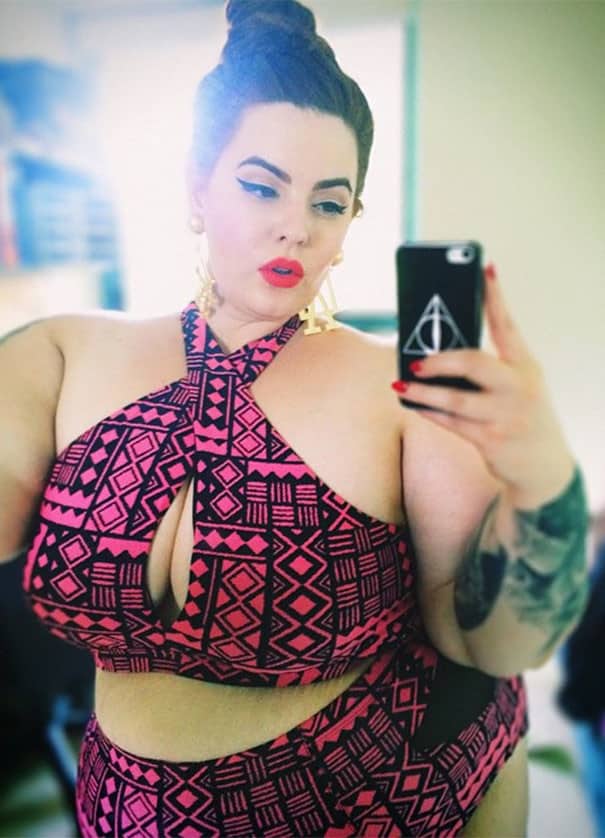 In this photo shoot, she stepped out of her colorful comfort zone and into the world of black and white. 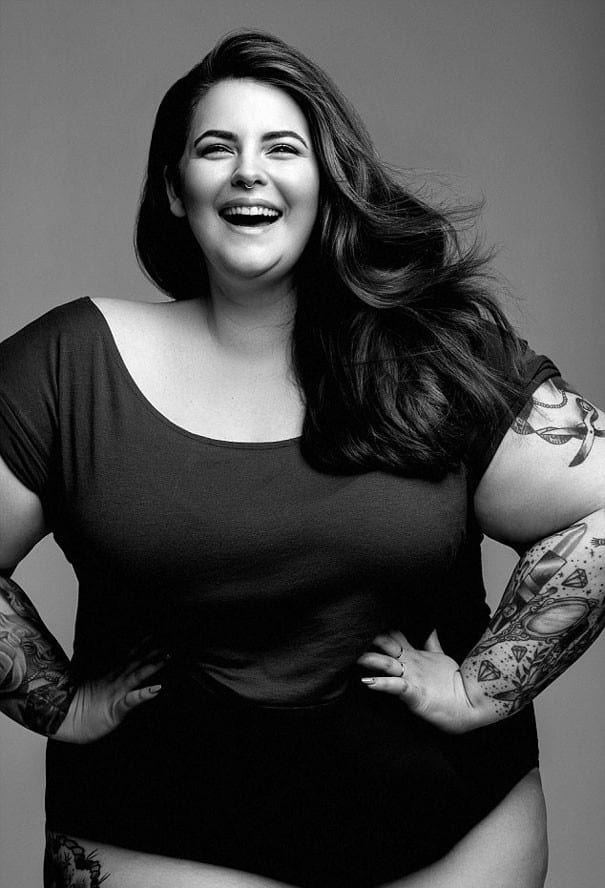 The fashion industry may have a reputation for favoring rail-thin models and shunning plus-sized bodies, but Holliday wants to change all that:

“I want to challenge society’s perception of ‘beauty’ and what’s acceptable in our industry and the world.” 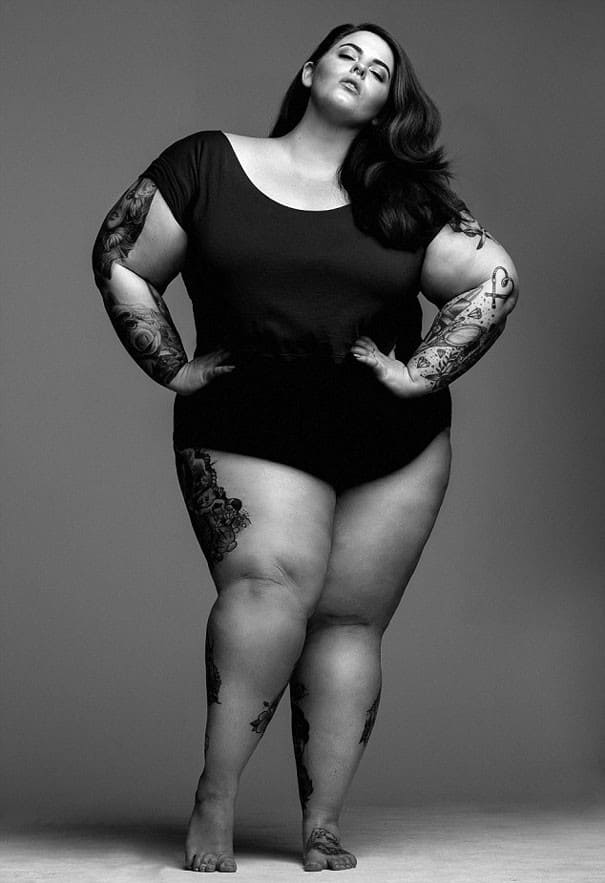 “There is no one way to be a woman, or to be beautiful.” 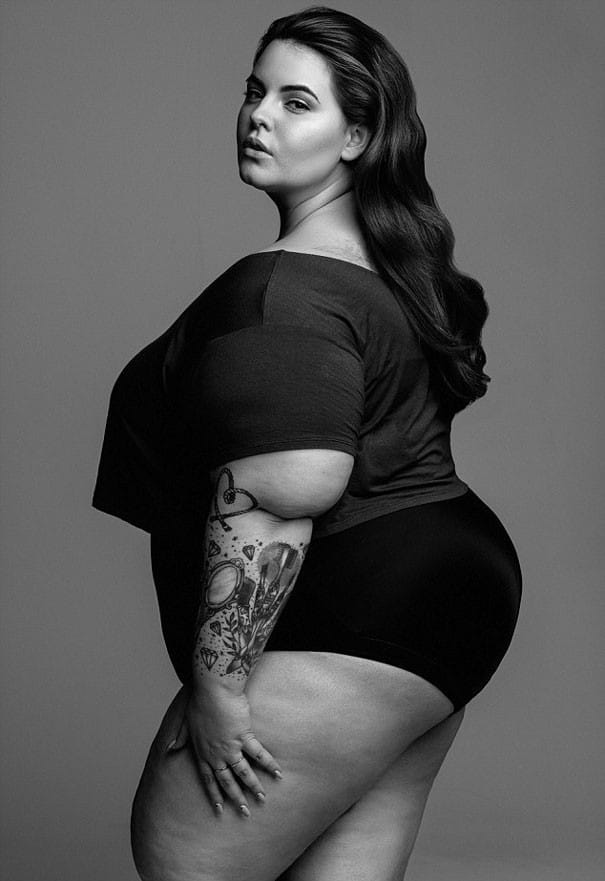 “We all deserve a place.” 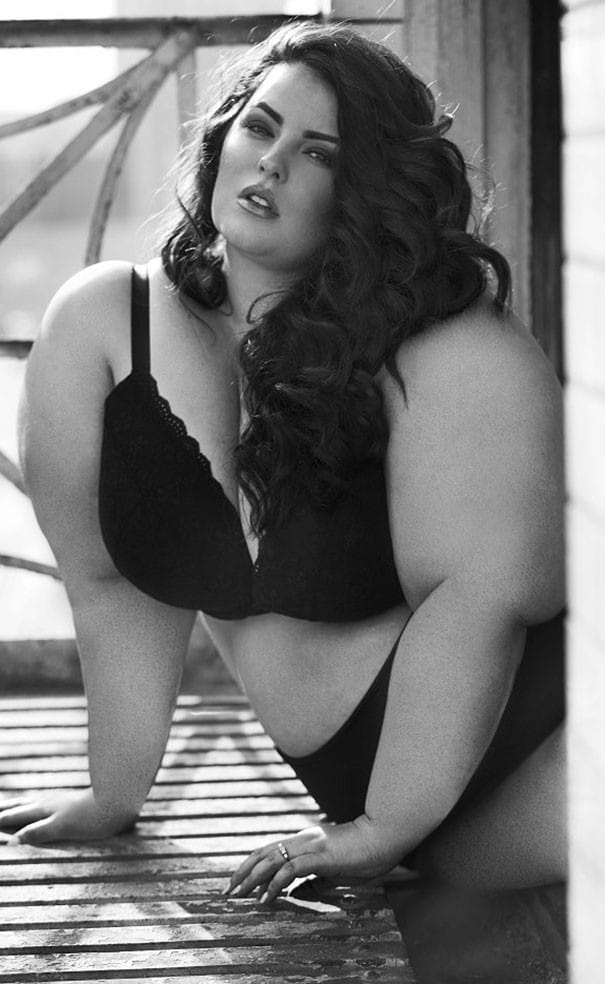 “I think if someone doesn’t look at an image and feel something, you haven’t done your job.” 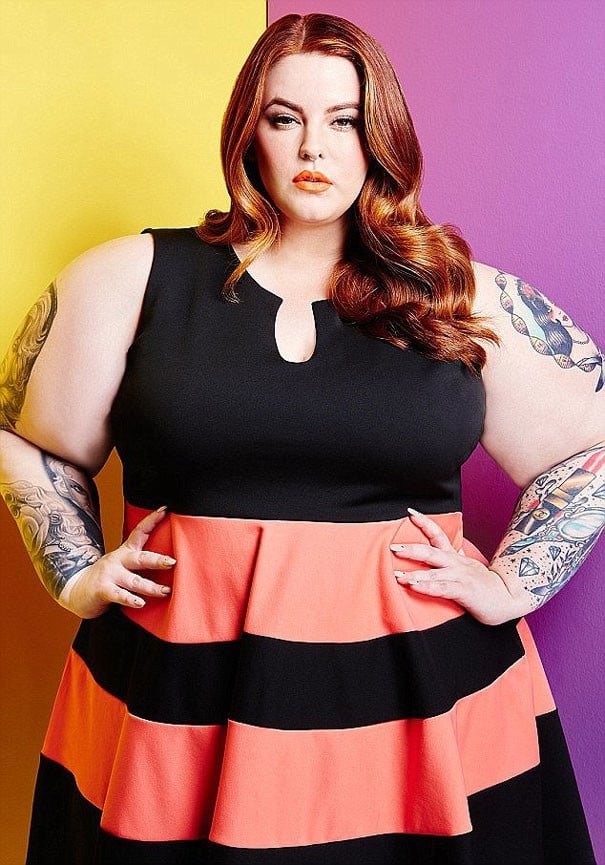 Holliday is clearly good at her job and is inspiring other women in the process. But her smiles belie a challenging childhood and youth. She was bullied as a teenager and was considered crazy by her friends when she expressed a desire to become a model.

At 17 years of age, she was forced to drop out of school because of severe and relentless bullying. 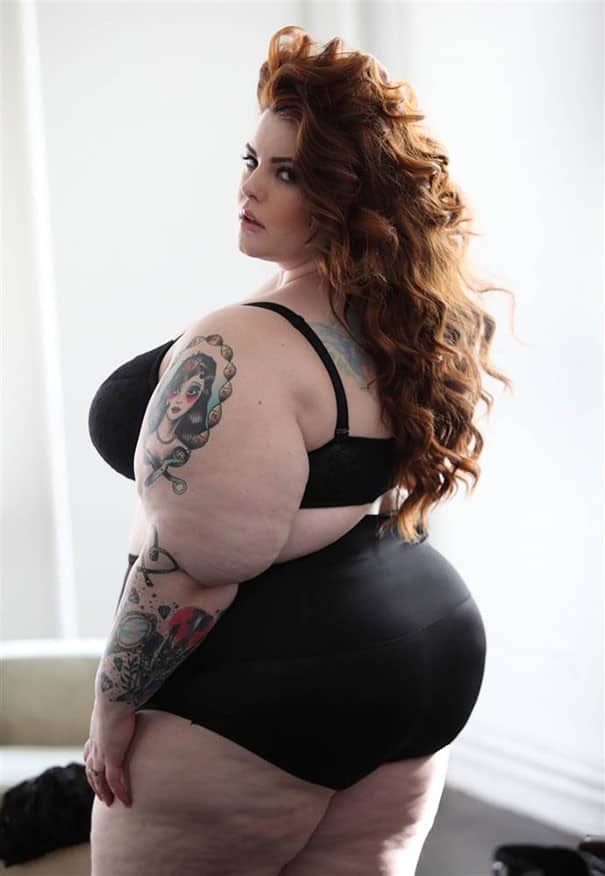 But with her strong spirit, she made her way up the fashion ladder. 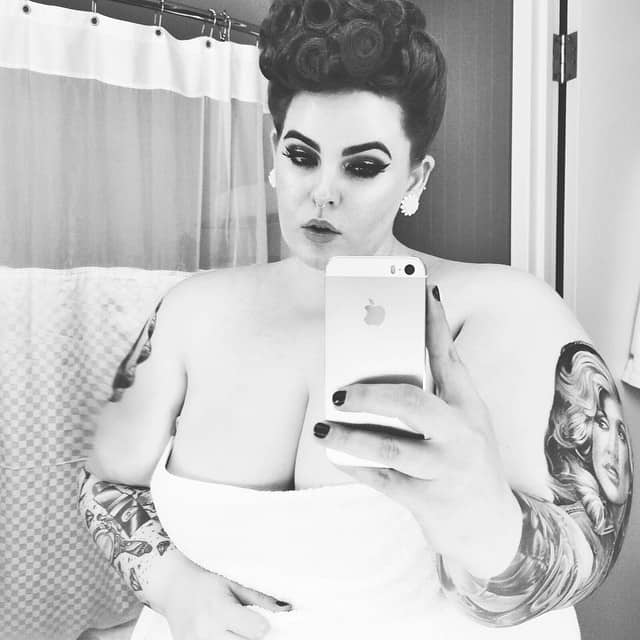 After leaving school, she perfected her skills as a makeup artist, hairstylist, and eventually as a fashion director.

She then moved to LA where she became a model, busting stereotypes with each photo shoot. 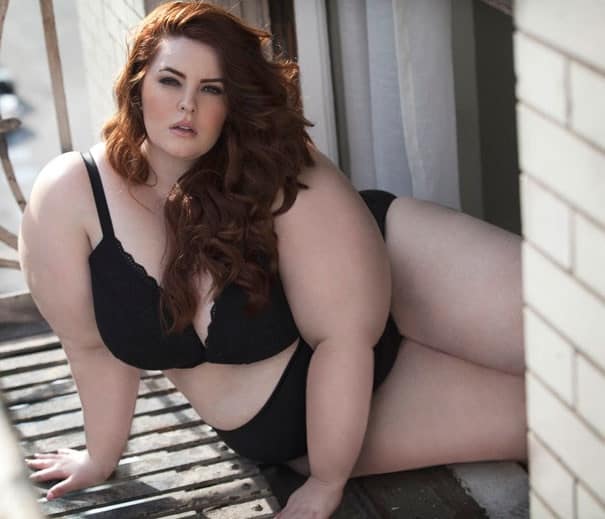 For Holliday, the best part about her job is being able to inspire other women. And she is supported in that by her husband, Nick. 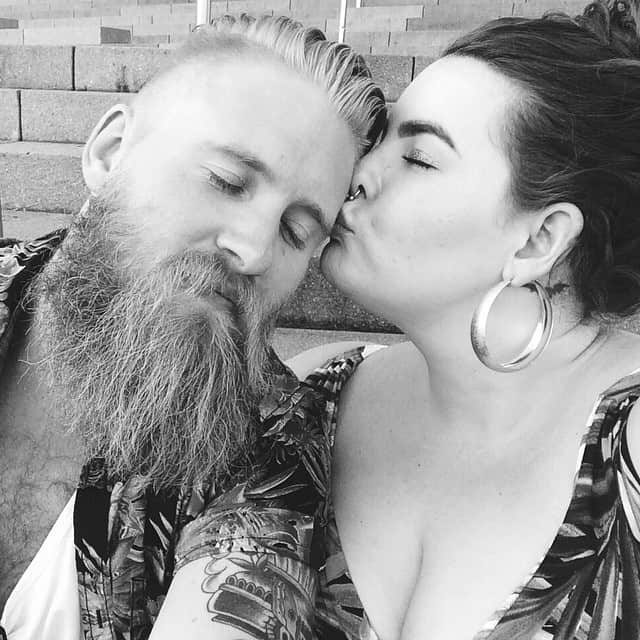 Holliday says she’ll always be that 13-year-old girl people ridiculed and doubted. It may have taken her time to prove otherwise, but the way she did is literally and figuratively beautiful.