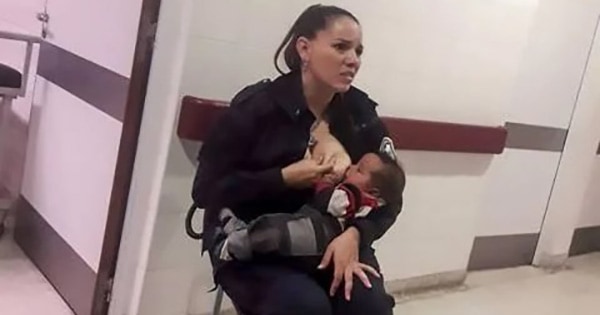 A police officer from Argentina was praised for being a hero when she breastfed a neglected baby at a hospital.

Celeste Ayala was on guard duty at the Sister Maria Ludovica Children’s Hospital in Argentina when an infant arrived. The child was crying and the hospital staff couldn’t attend to him right away. 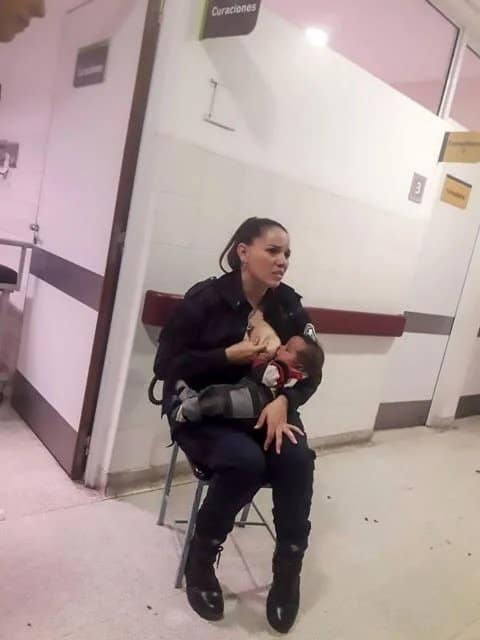 Since the staff was overloaded with work, Celeste decided to take care of the infant. The child had his hand in his mouth and was evidently hungry.

So Celeste then asked permission if she could breastfeed the baby. When she was given the go signal, she hugged him and fed him with no hesitation. Though the child was described as “dirty” by hospital staff, Celeste didn’t care and her mother’s instinct kicked in.

“I noticed that he was hungry, as he was putting his hand into his mouth, so I asked to hug him and breastfeed him,” Celeste said.

“It was a sad moment, it broke my soul seeing him like this, society should be sensitive to the issues affecting children, it cannot keep happening.”

Celeste’s friend, Marcos Heredia, took photographs of Celeste breastfeeding the baby and posted them online. The pictures went viral and netizens lauded Celeste for the act.

Celeste, who volunteers as a firefighter, was also praised by her department.

“’We want to congratulate the voluntary firefighting cadet Celeste Ayala who yesterday in her job as police officer whilst she was on guard duty at the hospital, breastfed a young child who arrived crying.”

“Actions like these fill us with pride and obligate us to redouble the effort, the work and the solidarity with our community.”

A friend Antonella Romano commented: ‘I didn’t expect any less from you! You are not just a great woman, but a great mother. What pride, those who know you, know that everything you do is with.’