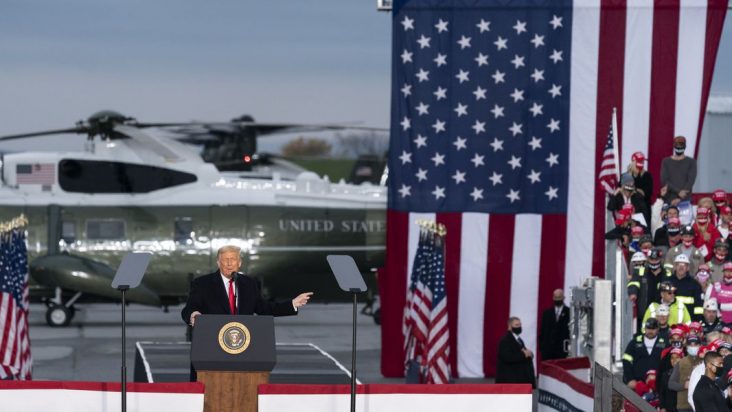 President Donald Trump shared his excitement at the expected confirmation of Amy Coney Barrett to the U.S. Supreme Court at a campaign rally in Pennsylvania on Monday.

Reports said Trump asked a crowd of thousands that gathered at an airport in Martinsburg: “That was a good choice, wasn’t it?”

The president added that he was glad that Barrett didn’t run for president and that he would rather be running against former Vice President Joe Biden.

Trump said, “We were all watching in great amusement as she was so-called grilled by the opposition.”

The White House Rose Garden is being prepared for the confirmation. Supreme Court Justice Clarence Thomas will be administering the oath of office once the nomination is confirmed by the Senate on Monday evening.