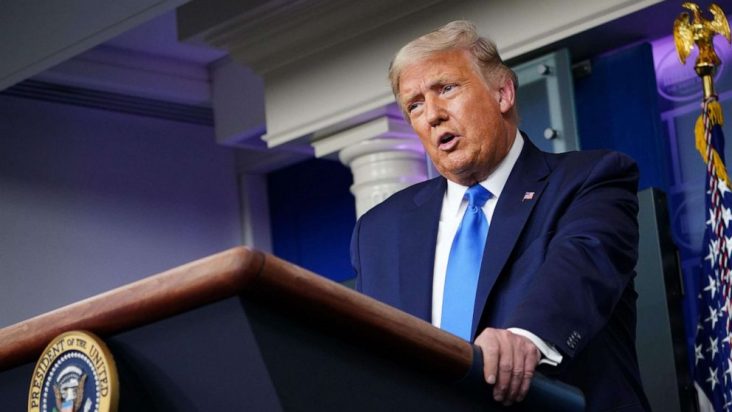 President Donald Trump on Wednesday declined to commit to a peaceful transfer of power if Joe Biden wins the November election.

At a press conference at the White House, Trump was asked if he will leave peacefully if he loses the election.  The president responded, “Well, we’re going to have to see what happens. You know that.”

Trump then shifted the conversation to ballots.

He was asked again if he would “commit to making sure that there’s a peaceful transferral of power,” but Trump continued talking about ballots.

“We want to have — get rid of the ballots and you’ll have a very peaceful, there won’t be a transfer, frankly,” Trump said. “There’ll be a continuation.”

The president further said, “the ballots are out of control. You know it. You know who knows it better than anybody else? The Democrats know better