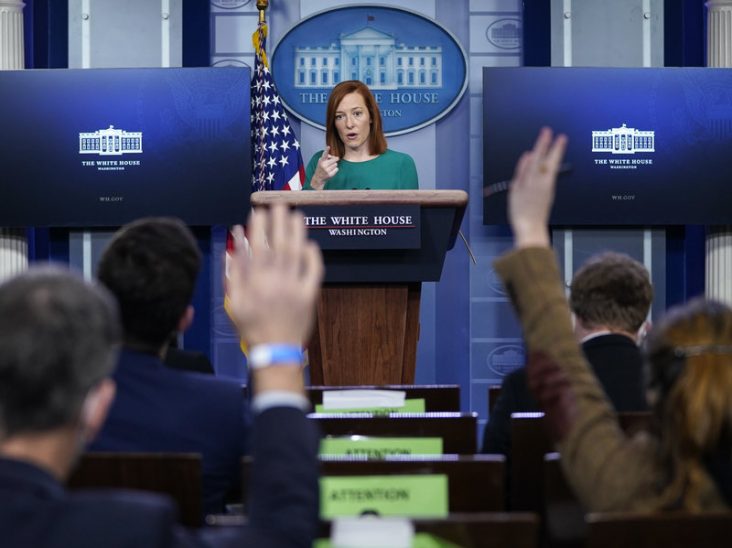 White House Press Secretary Jen Psaki responded directly to a statement by former President Trump that took aim at the Biden administration’s handling of the immigration issues at the southern border.

According to Psaki, “We don’t take our advice or counsel from former President Trump on immigration policy, which was not only inhumane but ineffective over the last four years. We’re going to chart our own path forward, and that includes treating children with humanity and respect.”

Trump had earlier given a lengthy statement criticizing the Biden administration for reversing or altering Trump directives which were meant to restrict and control the immigration via the south border.

“When I left office, we had achieved the most secure border in our country’s history,” Trump added. “Under Biden, it will soon be worse, more dangerous, and more out of control than ever before. He has violated his oath of office to uphold our Constitution and enforce our laws.”

President Biden and DHS Secretary Alejandro Mayorkas dispute allegations that there is an impending crisis.

However, the administration is putting measures in place to prevent abuse of the rising number of minors crossing the border without their parents. These measures include opening additional facilities to house young migrants. These are in stark contrast to the cage-like holding cells used under the Trump administration.